Oct 21, 2016 9:00 AM ET
Tweet This:
IT is playing an important role in mining requiring strategic and holistic planning for communications infrastructure http://bit.ly/2enNJGI
Article
Advances in Remote Mining Prompt Need for Sophisticated Communications Networks

An IT revolution is underway in the mining industry, and any investment in communications infrastructure needs to be both strategic and holistic in its planning. "Technology promises to radically improve safety, operational efficiency and sustainability for mining companies,” said Dennis Gibson, Chief Technical Officer for mining at Black & Veatch. He noted the pioneering example of Rio Tinto’s “Mine of the Future” program – launched in 2008. This vision has been advanced, with the operational control of mines in the remote Pilbara region of Western Australia by the world’s number one and two mining companies, BHP Billiton and Rio Tinto. Both have made significant advances in automation of operations, including drilling, haulage trucks and autonomous trains, from remote control centers in Perth. With remote operations becoming a reality, sensors and monitoring capabilities are evolving rapidly and growing exponentially in deployment. “Other major mining companies are increasingly seeking to integrate automation and remote operation into their business models,” Gibson said. A Focus on Efficiency and Flexibility One important factor in achieving efficiency goals is using a single entity to plan, design and build communication infrastructure to ensure alignment with a mine's operational vision. For companies taking this approach, the benefits of design-build are considerable, according to Dean Siegrist, Associate Vice President, Private Networks at Black & Veatch. “A well-orchestrated telecom planning process will help guide mining companies through each stage of planning, building and operating a next-generation telecommunication network,” Siegrist said. “It should start off with the creation of a mine-specific Telecom Master Plan (TMP), a living document that refreshes as new technology is released, circumstances within the mine change, or overall operational strategies of the mine evolve.” He said the Black & Veatch master planning process is a proven process that is applicable to both greenfield network builds and the transformation of existing communication networks. “The plan will clearly map out the evolution from the current state to a future state where the demands of mining communication networks are much higher.” Combining RF with Optical Fiber There is a plethora of technologies available in the mining and communication markets today, but deploying communications equipment in mining environments comes with some significant challenges. Both open cut and underground mines present radio frequency (RF) propagation challenges, Siegrist said. In addition, the constant movement of heavy machinery and changing conditions can often make it cost- prohibitive to adequately deploy and protect a wired network. Most mine networks are a hybrid of RF wireless design and optical fiber. “As a result, the network has to be well-planned to ensure the right mix of technologies are deployed to meet the current needs, and it should be expandable and versatile in order to grow as the mine progresses,” said Siegrist. “The RF takes data to a concentration point where it switches to the wired network, usually fiber optic-based, that allows more reliability, faster speeds and flexibility in the overall network architecture.” The modern mine uses many different types of technology and often combines multiple siloed networks into a converged network, aggregating multiple layers. With the Industrial Internet of Things (IIoT) leading to more devices connected to a network, Siegrist said a network traffic study is increasingly important to make sure the communications infrastructure is being deployed correctly. Design-Build vs. OEM Solutions Another important consideration when planning a telecommunications network is making the choice between an engineering-led solution versus an original equipment manufacturer (OEM)-led solution. Siegrist said Black & Veatch is “vendor agnostic,” meaning the company is not committed to one supplier over another. “We don't have a vested interest in a given technology or OEM, which allows us to take best-of-breed across all the different technologies and bring them together.” He warned that sometimes the “newest device” on the market may not yet be fully tested on how it will interoperate with other network technologies or OEMs. It is important that the planning and deployment include three important testing stages to mitigate unnecessary risk. The testing includes factory acceptance testing (FAT), site acceptance testing (SAT) and site integration testing (SIT). “This testing regimen ensures that the design and equipment meet the requirements of the end-user. This rigor on the front end eliminates costly downtime after deployment.” Being aware of how quickly technology is changing is a critical consideration in designing a mining telecom network. “It's important to deploy the most future-proof network possible by making sure you're not putting in an obsolete architecture or protocol that's being phased out,” said Siegrist. “Doing the design-build approach and having a significant amount of telecom master planning on the front end helps avoid missteps during the deployment phase.” Editor’s Note: This is the fourth installment of a five-part series on mining that can be found in the Solutions Online library on bv.com. 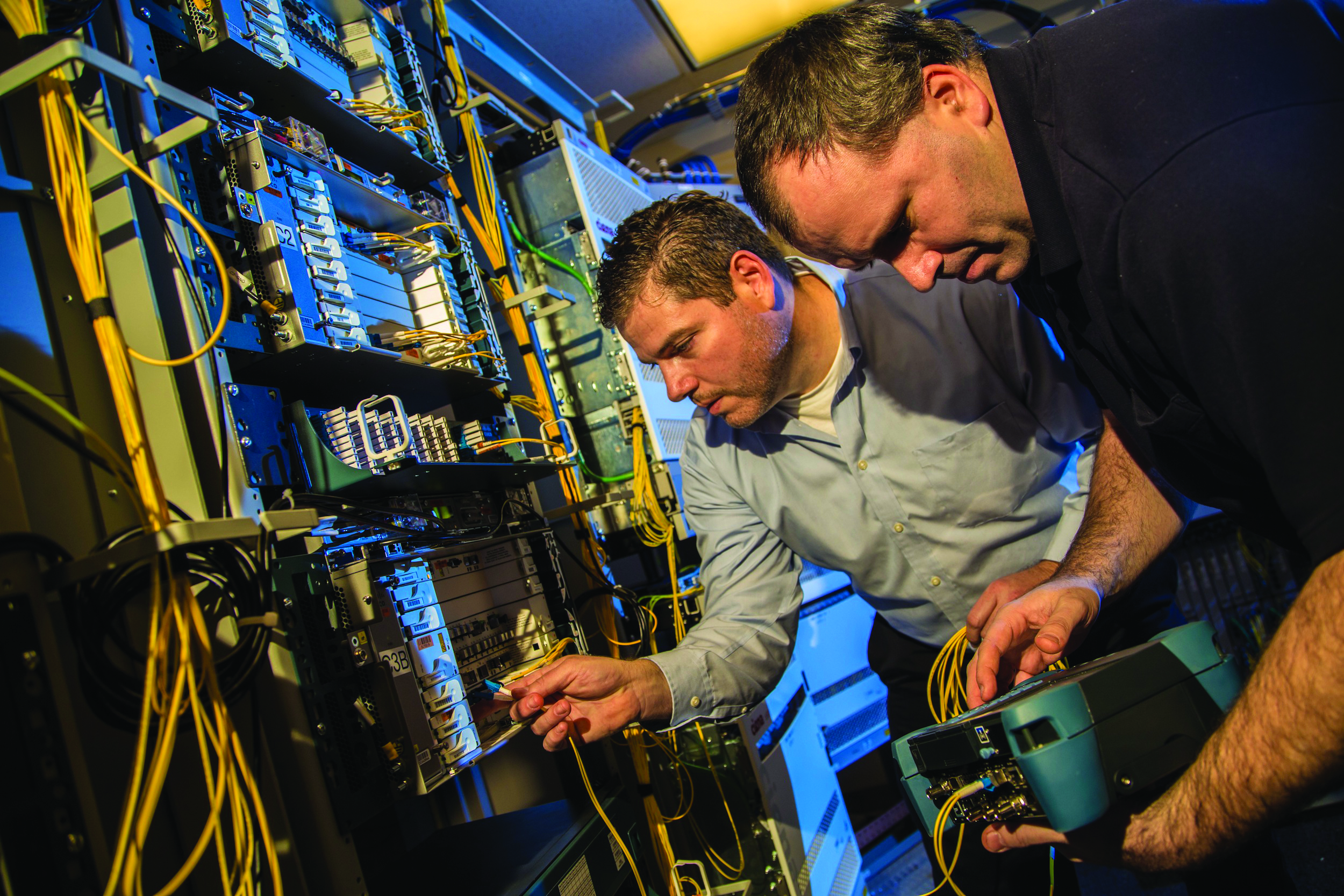