This weekend, as the nation tunes in to the final four NCAA college basketball games, teams of collegians with high skills of a more intellectual kind will compete on an elite national stage at the Marshall Chess Club in New York City. Teams from Columbia University, Texas Tech University, The University of Texas Rio Grande Valley, and Webster University will battle “over the board” for the coveted President’s Cup in the Final Four of College Chess.

Booz Allen Hamilton has been a sponsor of the President’s Cup for the past five years. Because the firm believes that the skills and abilities required of great chess players are some of the same talents needed to solve tough business problems, it has sweetened the pot for final four chess players. Players who advance to the Final Four of College Chess are offered consideration for paid summer internships at the firm.

Booz Allen employee Akshay Indusekar, a 2015 graduate of the University of Illinois at Urbana-Champaign and a 2-time competitor in the Final Four, secured at internship at the firm in 2014 and is now a full-time Booz Allen employee. He says, “I like that chess is a strategic and long term game. From your opening moves, you have a strategic goal in mind, and make tactical decisions along the way to achieve that goal. I find that it closely mimics what we do at Booz Allen for our clients; I enjoy visualizing what we want to achieve for our clients and the steps to get there.”

For Indusekar, chess is also “a passion project” he would like to share.  Through connections made at Booz Allen, he is currently working to integrate chess into the Army’s adaptive reconditioning program. Wounded warriors recovering from traumatic brain injury (TBI) would learn the game of chess as a means to aid in their recovery. He says, “There’s a lot of data that shows that this could be a tremendously valuable tool in the rehabilitation of soldiers diagnosed with TBI. I’m excited to see where this leads and hope that one day, chess might even be part of the Warrior Games.”

Learn more about The President’s Cup. 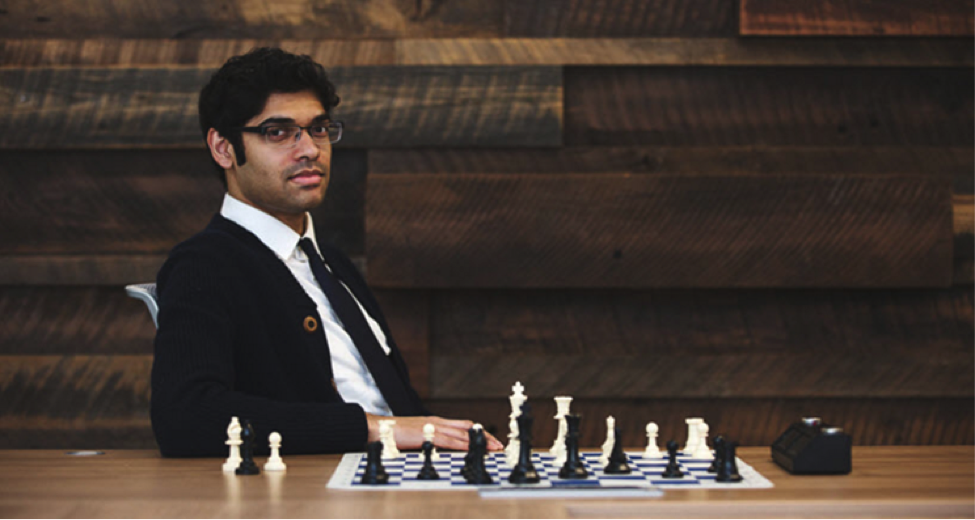