De Beers Group’s N$2.3 billion (US$157 million) vessel, which has completed five months of sea trials, will soon start exploring for diamonds on the Atlantic seabed.

Named after Dr Sam Shafiishuna Nujoma, Namibia’s founding president, the mv SS Nujoma will seek to secure diamond supply in the country well into the future, boosting the national and local economy.

Dr Nujoma (pictured below) was at the official inauguration in Namibia’s Walvis Bay on 15 June, along with the Namibian Prime Minister, Saara Kuugongelwa-Amadhila, the country’s Minister of Mines and Energy, Obeth Kandjoze, and Debmarine Namibia CEO, Otto Shikongo.

The 12,000 tonne diesel-electric vessel, which has led to the creation of 140 jobs, the vast majority filled by Namibians, is owned by Debmarine Namibia, a 50/50 joint venture between the Government of the Republic of Namibia and De Beers Group.

It is the only company in the world to mine diamonds offshore, having started in 2002. The mining takes place at around 120 to 140 metres below sea level. The company produced some 1.2 million carats in 2016.

Diamond mining is the single biggest contributor to Namibia’s economy. The partnership between De Beers Group and the Namibian Government delivers more than N$10 billion (US$785 million) in revenue annually.

At 113 metres long, the SS Nujoma can accommodate a crew of 80 and has a helicopter deck suitable for Sikorsky S61s. It was constructed in Ulsteinvik, Norway and fitted with its subsea sampling system, designed by De Beers Group, in Cape Town, South Africa.

The mv SS Nujoma is the first in the company’s fleet of six vessels to be dedicated to exploration and sampling. It incorporates a range of unique technologies that enable it to sample faster, take larger samples and collect more information per sample than any other diamond sampling vessel.

De Beers Group CEO Bruce Cleaver said: “Offshore diamond mining is becoming increasingly important in meeting global demand for diamonds as many of the major onshore deposits have now been discovered. The mv SS Nujoma will allow even more of Namibia’s high quality offshore diamonds to be discovered and mined, ensuring a strong future for Namibia’s diamond industry, as well as the global diamond market.”

Otto Shikongo praised the “exceptional efforts” of those involved in the construction, fitting and sea trials, delivering the vessel three months ahead of schedule and on budget. 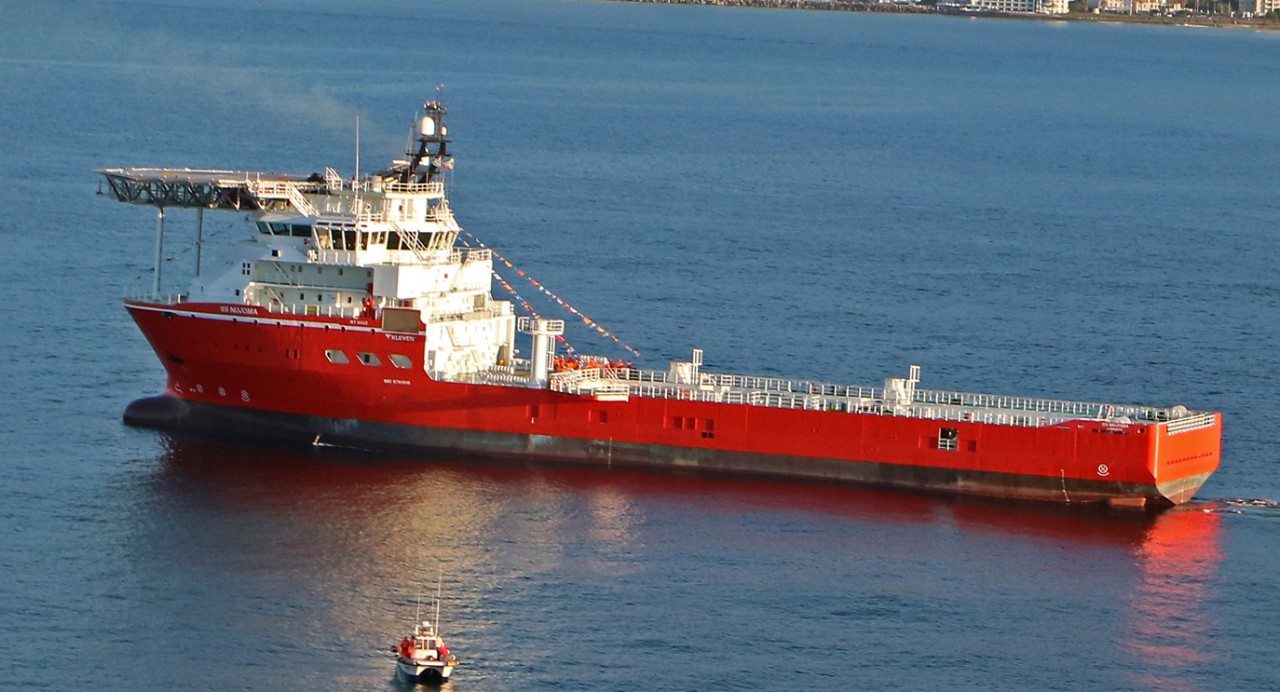