Pressure from consumers on supply chain management is growing, as recent reports detail an increased interest in sustainable and ethical sourcing and supply. Research from Globescan focusing on U.K. shoppers revealed a strong preference that food companies and the government entities be focused on long-term production sustainability.

"This research shows very clearly that British consumers expect businesses and government to take action to ensure the fairness and long-term sustainability of food production, both here at home and in developing countries," Abbie Curtis, a senior project manager at Globescan, told Sustainable Brands. According to the survey - which polled roughly 1,000 respondents - 92 percent of shoppers said that food companies should be responsible for making efforts to ensure food production is fair and sustainable, while 85 percent said the government should take on a primary role.

Underpaid Farmers Going Noticed
One of the valuable insights from the Globescan research was that the majority of those polled believed farmers in both the U.K. and developing countries are currently underpaid - roughly 63 percent and 64 percent respectively. This insight came alongside the recognition that, in the view of 65 percent of respondents, to compensate farmers fairly, prices would have to rise. Encouragingly, 58 percent of those polled said they would be willing to pay more to help delivery fair wages to farmers. This is considered a clear and unambiguous preference for sustainable food supply chains that manufacturers and companies cannot ignore.

"The majority of those polled believed farmers are currently underpaid."

"British people are giving a strong message to companies and the government about the kind of trade we want to see and now, more than ever, they must prioritize fairer, greener, more sustainable food production," Fairtrade Foundation chief executive Michael Gidney told Edie.net. "Therefore progressive, responsible businesses will want to respond to their customers' desire to see them treat farmers and workers fairly."

This sentiment was echoed in a concurrent YouGov poll reported by Edie, where it found that almost two-thirds of U.K. consumers would be willing to pay more for sustainable food sourcing. Indeed, the premium threshold that shoppers were willing to pay for sustainability seems significant: 12 percent of those polled said they'd pay an excess of 25 percent for a product they knew to have a long-term positive impact on the environment and supply chain, while only 25 percent said that they would be unwilling to pay any additional cost. This bucks the adage that consumers are only concerned with the lowest possible price, showing that companies looking to remain competitive need to start meeting higher sustainability standards.

"An audience who understands and connects with your brand purpose responds more powerfully than those who see your efforts as unconnected gestures of goodwill," Meredith Lynch, vice president and EMEA technology lead for WE, the communications consultancy that commissioned the survey, told Edie. "Brands who commit to a purpose at every level - delivering a fairer deal, greater equality or increased opportunities - and demonstrate that both below-the-line and above-the-line are infinitely more likely to see return on that commitment."

Unclear Link Between Sustainability and Future Food Availability
In spite of this increased consumer push for sustainability, the report does showcase that shoppers may not be fully educated on the impact of these efforts on the macro level. Only 43 percent of respondents connected sustainability to the availability of food, while 55 percent acknowledged how sustainability efforts and slowing climate change were interconnected. This implies that shoppers may only have a perfunctory understanding of the way that these changes may actually manifest and impact their access to food.

'Failing Ethics' in U.S. Seafood
While this preference is inarguable, suppliers in markets worldwide have yet to completely course correct. A recently released Greenpeace report looking at some of the largest U.S. foodservice companies currently operating found significant failures by many companies in meeting basic sustainability and ethics standards. The report, entitled Sea of Distress, observed that the U.S. seafood market was riddled with lack of transparency and traceability, incentivized consumption without regard for environmental impact or sustainability, and systemic failures in policing human rights abuse and unfair compensation for workers.

"Suppliers have yet to completely course correct."

"Many foodservice companies have avoided accountability for the seafood they sell for far too long," Greenpeace Oceans Campaigner David Pinsky told Total Food Service. "These companies feed millions of people in university cafeterias, corporate dining halls, restaurants, and hospitals, yet consumers are kept in the dark about whether their seafood is sustainable and ethical. It's time to shine a light on these companies and demand action."

Some of the largest U.S. food companies - including Sysco, Gordon Food Service and Shamrock Foods - were among the most significant offenders, while other companies like Sodexo, Compass Group and Aramark cleared sustainability and ethical goals with barely passing grades. This shows that, while the desire is there, companies need to be focused in on efforts to successfully meet demand. 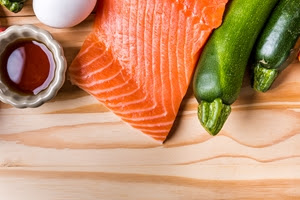