The world needs clear-eyed discussion about numerous controversial issues in the Arctic, including the mitigation of climate change impacts, native peoples, economic development, and the region’s growing feedbacks to the rest of the world.  Its changing environment means there are many emerging issues which we are becoming more familiar with, yet they persist in their complexity.

A recent important study published in Geophysical Researcher Lettersshows that average temperatures in the Canadian Arctic over the last century are the highest in the last 44,000 years.  A warmer Arctic has many environmental and economic implications, may which remain widely misunderstood. One of the intentions of the World Economic Forum’s Global Agenda Council on the Arctic is to change that.

More such research is needed on other economic impacts of a warming Arctic.  We know, for example, that retreating sea ice could increase the commerce of ships in the Arctic Ocean, yet thawing permafrost and shortened winter road seasons will negatively impact commerce and infrastructure on land.  While a melting Greenland Ice sheet may increase access to certain rare earth minerals this process also hastens inundation of the world’s low-lying coasts.  Such Arctic threats must be factored alongside the opportunities in global assessments of climate change economics and a long-term view maintained.  As we become more familiar with the facts, strategic Arctic discourse should become more focused with the following. 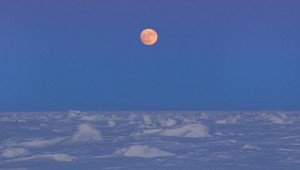