“When we set up the Energy Security Leadership Council, this group of retired four-star admirals, generals and CEOs of oil-using companies, we were importing about 60 percent of our oil every day. Today, it’s less than 40 percent,” said Mr. Smith, discussing the progress that has been made in recent years toward more secure supplies of energy resources for the American economy.

SAFE hosted the summit to highlight the enduring threat posed by America’s continued reliance on oil and emphasize the urgent need for action to combat this vulnerability. 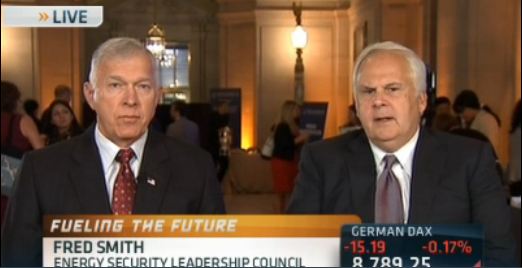