Financial Times Reports on Conflict Minerals Impacting the IT Industry

According to a recent Financial Times article, publicly  traded companies who handled their conflict minerals reporting in-house last year, are now seeking third party companies to manage engaging with their complex supply chains. Maija Palmer asks Lina Ramos of Source Intelligence, her views on the behaviors of non-filers from 2013.

“ ‘Many people thought they could just email their suppliers and ask for the Information. They are now realizing that doesn’t work,’ says Ms. Ramos. For every 1,000 emails sent, a company would typically receive fewer than 12 replies. Many of those who handled their supplier audit in-house in 2013 are now admitting they need help, and so an industry is emerging to serve the conflict minerals audit process.”

“ ‘Although we are managing with a manual system, we have about five Excel spreadsheets that include everything from our cost information, to the EICC information, to our tracking information ... it is not going to be sustainable. It is very labour-intensive,’ says Wilhelm Janisch, senior manager of environmental compliance and sustainability at Motorola Mobility."

Palmer concludes not all conflict minerals compliance solutions are equal. A Linked In approach to “networking” with suppliers could be more efficient.

“Source Intelligence, meanwhile, has created a Linked In-style social media platform that allows companies to pull together conflict mineral information from their suppliers. Rather than manufacturers asking the same suppliers the same questions about conflict mineral origins again and again, suppliers can go to the platform and fill in a ‘profile’ that contains information on their sourcing. Ms. Ramos says there are hundreds of thousands of suppliers on the network, with 2,000 joining every week. Source Intelligence, which started out helping companies track their supply chain carbon footprint, has a team who assess suppliers on the ground to check if they are genuinely compliant.“

Full article, IT and the trade of Conflict Minerals, from Financial Times 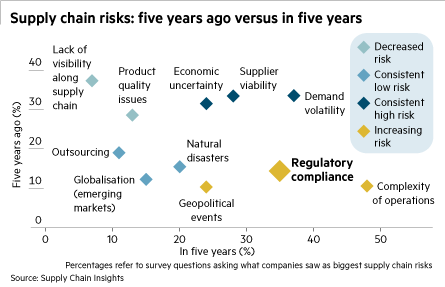