A new series of community events was launched in Saratoga Springs, N.Y., on March 12 with an open forum titled “Criminal Justice Reform: Motivating and Mobilizing the Faith Community for Restorative Justice.” The event, held at the city’s Bethesda Episcopal Church, inaugurated a line-up of programs designed to raise awareness about issues of justice and healing.

Presented by the In Our Name Initiative of the Skidmore College Project on Restorative Justice (http://www.skidmore.edu/campusrj/in-our-name.php), the forum explored reforms needed to improve the fairness and effectiveness of the criminal justice system in New York State and the U.S. and the roadblocks facing formerly incarcerated men and women as they attempt to re-enter society. A key theme was the ways in which communities of faith can participate in the reform movement. The three-hour program included presentations by three experts in the field of justice, followed by open discussion.

Leading off the speakers was David Karp, professor of sociology at Skidmore College and director of the college’s Project on Restorative Justice, who discussed the role of community in restorative justice. Karp explained that restorative justice uses a collaborative decision-making process that includes offenders, victims, and others seeking to hold offenders accountable. Offenders are required to acknowledge responsibility for their actions, take agreed-upon steps to repair the harm they have caused, and work to build constructive relationships. A number of formats can be used—often with direct dialogue between the victim and offender.

Karp said that restorative justice in the U.S, which has taken root in the juvenile justice system, is gaining momentum, particularly in educational settings, as institutions move away from a highly punitive model that isolates people and creates a “perpetual cold war.” Citing specific incidents in schools and on college campuses, including sexual assault, he said that the principles of restorative justice can be applied for improved outcomes that balance accountability and support. He reported that schools in the Saratoga Springs area have formed a strategy group to help with the implementation of restorative justice approaches.

Speaker Sheila Rule, former New York Times correspondent and co-founder of the Think Outside the Cell Foundation, discussed "The Myth of the Dangerous Criminal: Creating a More Honest, Humane Narrative About People Convicted of Violent Crimes." Inspired by her experience with the prison ministry program of Riverside Church in New York City, Rule spearheaded the launch of her foundation in 2010 to help former prisoners and their families overcome what she calls “the long shadow of prison.”

Rule said that a “myth of perpetual dangerousness” unfairly portrays all those who have committed violent acts as “menacing, cold-blooded, and irredeemable.” She said that the justice system needs a better process of risk-assessment for releasing prisoners, noting as an example that older prisoners who have served long sentences for violent crimes have a very low recidivism rate. She told the group that racism and a “poverty to prison pipeline” have contributed to budget-draining mass incarceration that destroys the families of prisoners. “Behind the myth of the dangerous criminal, hearts beat…real people live,” she said.

Also addressing the audience was Jonathan Gradess, executive director of the New York State Defenders Association, a not-for-profit organization that helps provide legal representation to low-income people. Pointing to the role of religious communities in pressing for reform, Gradess said, “We have a system that is broken. It’s a criminal control system, not justice.”  He described a “prison industrial complex” with “an orgy of expenditures” that is based on an approach of “public shaming.” He contended that the current public defense system is ineffective, describing the situation in New York State as a patchwork quilt of counties acting on their own. He said that people represented in the courts by a public defender need above all “one person who cares about them; that makes all the difference.”

Said the Very Rev. Marshall J. Vang, interim rector of the Bethesda Episcopal Church, “We are hosting this first forum to raise awareness about concerns that challenge people of faith to take action, heal, and restore.” 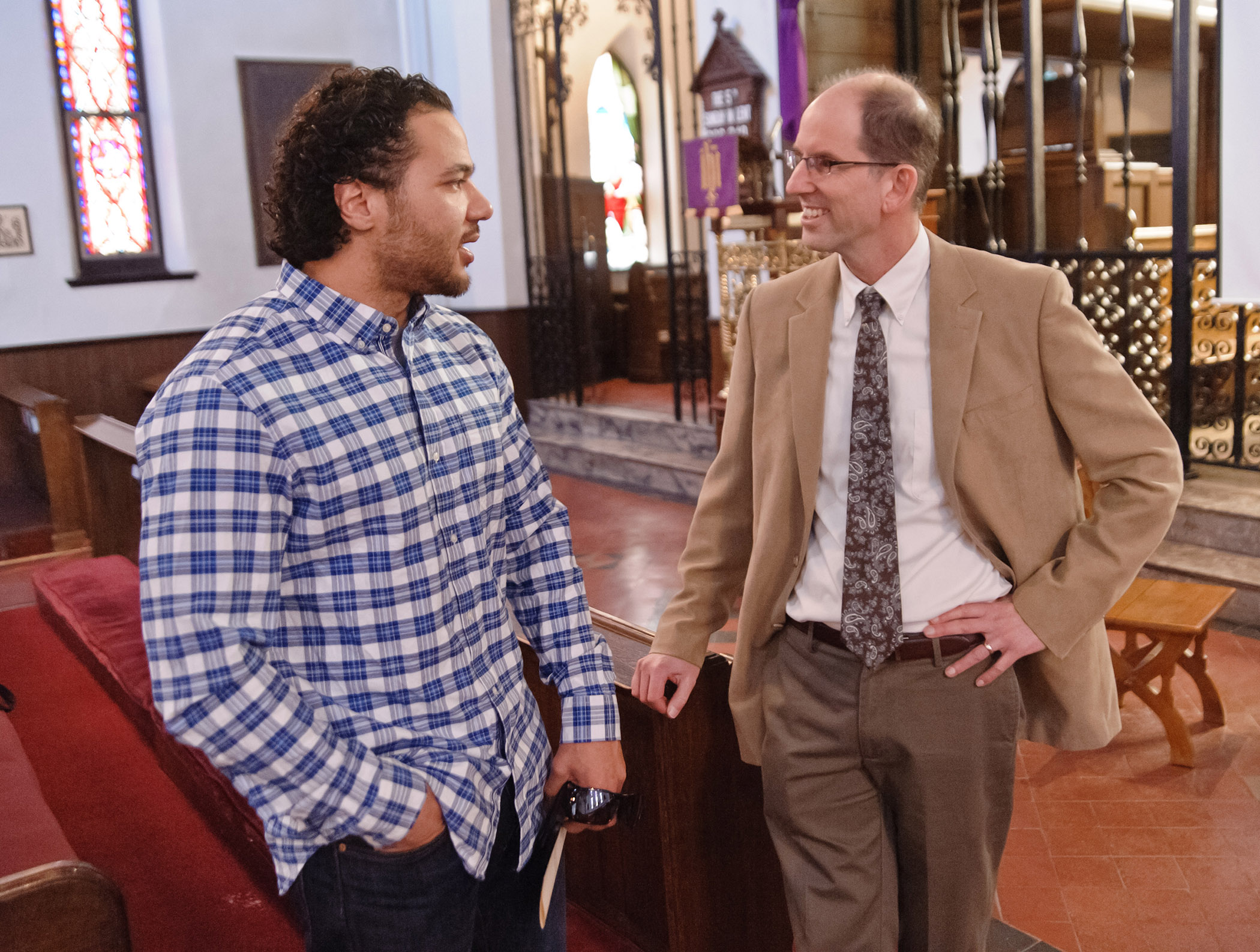 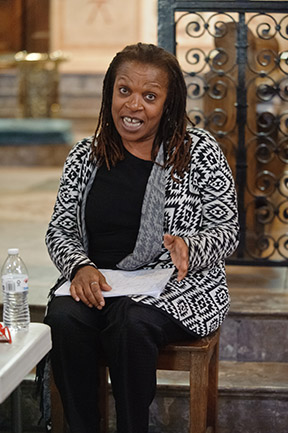 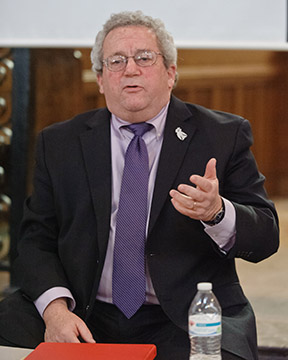 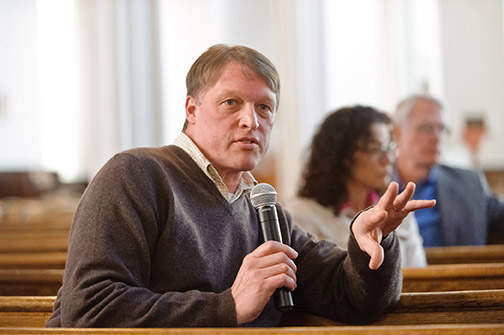 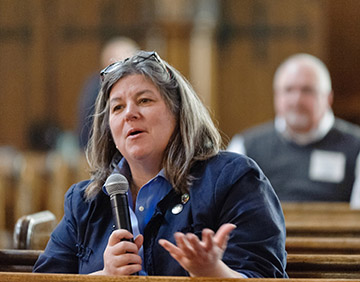