Continuing their joint work promoting science, technology, engineering, and math, 21st Century Fox's National Geographic Channel and FOX have agreed to broadcast this year's Breakthrough Prize Ceremony, an awards show honoring the world's most prominent scientists and mathematicians. Seth MacFarlane, creator of Family Guy and executive producer of Cosmos: A Spacetime Odyssey, will host the ceremony for the second year in a row. Nat Geo will broadcast the event live on Sunday, November 8, with a one-hour version scheduled to air on FOX on November 29.

"It is an honor to partner with the Breakthrough Prize team to celebrate the incredible men and women who are driving the world's most significant scientific advances," said Gary Newman and Dana Walden, chairmen and chief executive officers, Fox Television Group. "We hope that by showcasing these great minds and their important work to millions of viewers, we can help them inspire the next generation of scientists."

Committees of previous laureates select the winners from a pool of candidates nominated by the public. The winners each receive an award of $3 million, and to date, the Breakthrough Prize has awarded more than $160 million. Following the ceremony, the winners embark upon a program of public lectures and symposiums at universities and scientific organizations around the world.

"We are proud to join forces with Don and the Breakthrough Prize team not only to honor the best and brightest in science shaping the world of today, and tomorrow, but also to bring this important event to the broadest global audience possible," said Courteney Monroe, chief executive officer of National Geographic Channels U.S. "National Geographic was founded on the spirit of mavericks, and this partnership affords us the opportunity to continue this great tradition by recognizing those who are breaking barriers and expanding the limits of possibility."

This event is the latest collaboration among FOX, Nat Geo, and Seth MacFarlane, who came together to produce Cosmos: A Spacetime Odyssey, hosted by Neil deGrasse Tyson, in 2014. MacFarlane served as an executive producer and a key creative partner on the series, around which FOX and Nat Geo organized a massive international launch--across 181 countries and nearly 50 languages.

The Breakthrough Prize Ceremony will be broadcast live in the U.S. on National Geographic Channel Sunday, Nov. 8, at 10 p.m. ET/9 Central. The one-hour version is scheduled for FOX on Nov. 29, at 7 p.m. 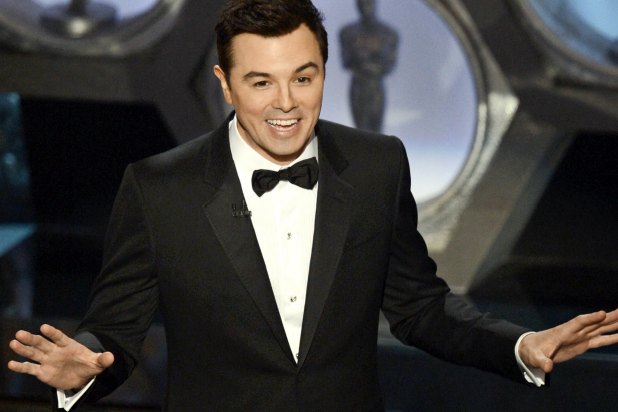