George Springer is among the approximately 70 million people who stutter, but he doesn’t allow the condition to keep him from living a high-profile life and speaking publicly.

The Astros’ right fielder hosted a bowling event on Monday night at Lucky Strikes in Houston in to launch the George Springer Kids Fund and raise money and awareness for the Stuttering Association for the Young, or SAY.

Teammates including Carlos Correa, Lance McCullers, Vincent Velasquez and Preston Tucker joined the 25-year-old right fielder, who believes he can offer kids who stutter a lesson by refusing to let stuttering inhibit his life.

“I want kids to see that even though I have a stutter it hasn’t stopped me from being who I am,” Springer said.

Proceeds from the event will benefit a day camp administered by SAY for children and teens living who stutter. The summer camp allows children to be around others with the same condition and support each other in their efforts to overcome their inhibitions.

The event was expected to raise nearly $20,000 for camp SAY. Two days after the bowling event, Springer was recognized with MLBPAA’s Heart and Hustle award for his commitment as a role model both on and off the field.

SAY: The Stuttering Association for the Young is a non-profit organization that empowers young people who stutter and inspires the world to treat them with compassion and respect, so they can achieve their dreams. 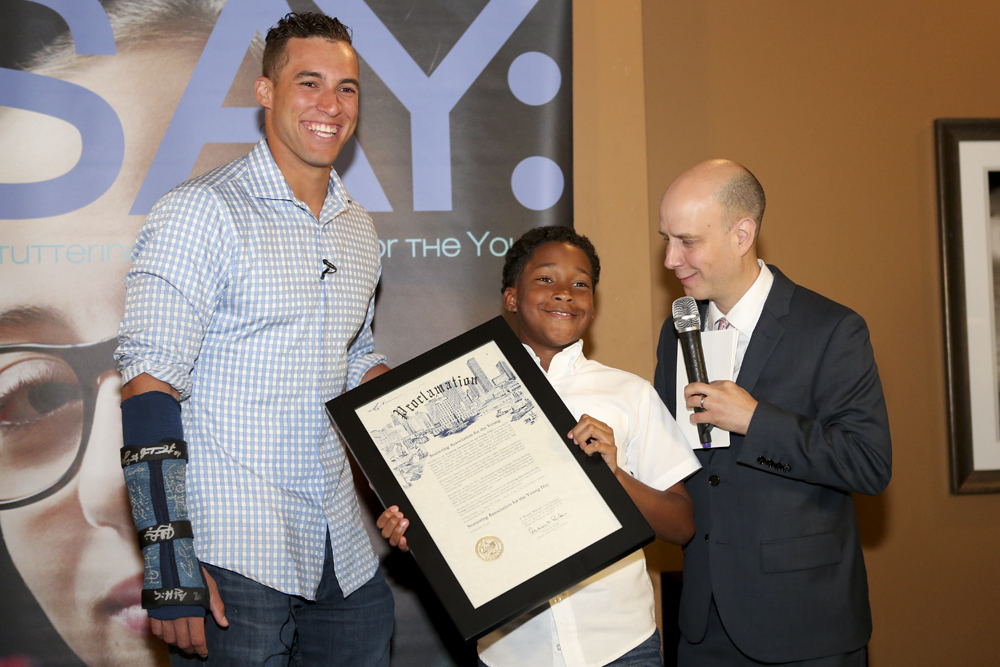 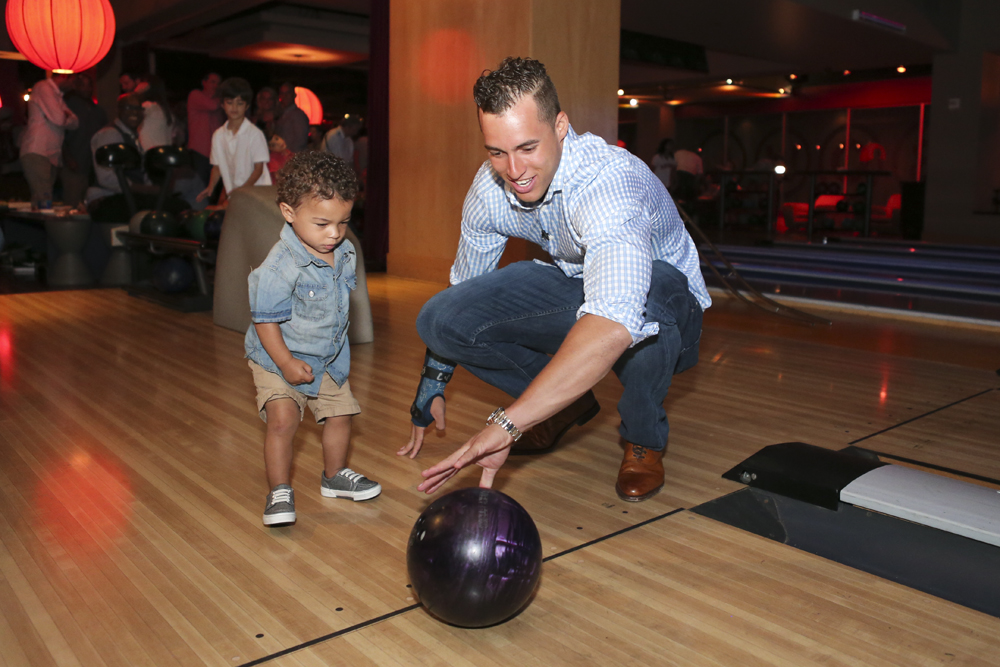