In view of Robinson’s historic contributions to players of all races and the enduring work of his wife, Rachel, and daughter, Sharon, MLBPA Executive Director Tony Clark said it was fitting that the union increase its commitment to the ideals represented by Robinson, his family and their foundation.

“Today’s contribution is just the beginning of a relationship that seeks to help the Jackie Robinson Foundation exceed its goals in providing educational opportunities to those in need,” said Clark, who is the first former player and first African American elected by baseball players to lead their union.

Founded in 1973 by Rachel Robinson, the Foundation has advanced higher education by providing generous, multi-year scholarship awards coupled with a comprehensive set of support services to highly motivated JRF Scholars and Extra Innings Fellows attending colleges and universities throughout the country.

"We are very grateful for this generous contribution from the Players Trust and pleased to acknowledge Tony Clark's own pioneering assumption of leadership of the Major League Baseball Players Association," said Della Britton Baeza, Jackie Robinson Foundation President and CEO.

Robinson, an America icon, became the first African American to play Major League Baseball in 1947 and continued beyond his baseball career as a vocal proponent of civil rights, especially in terms of advancement opportunities in all areas of society.

“Jackie’s life story, in particular, and the stories of the men forced to play in the Negro leagues, in general, had a tremendous impact on my life as a man, as a husband and as a professional baseball player,” Clark said.

“To this day, Jackie’s determination, perseverance and passion for excellence, on and off the field, are characteristics that I strive to emulate and instill in my own children.”

You can learn more about the Jackie Robinson Foundation here.

Major Leaguers are #GoingToBat for causes near and dear to them, as they personify the Players Trust’s motto to ‘care, act and inspire.’ To learn more about the charitable interests and activities of Major Leaguers, please click here. 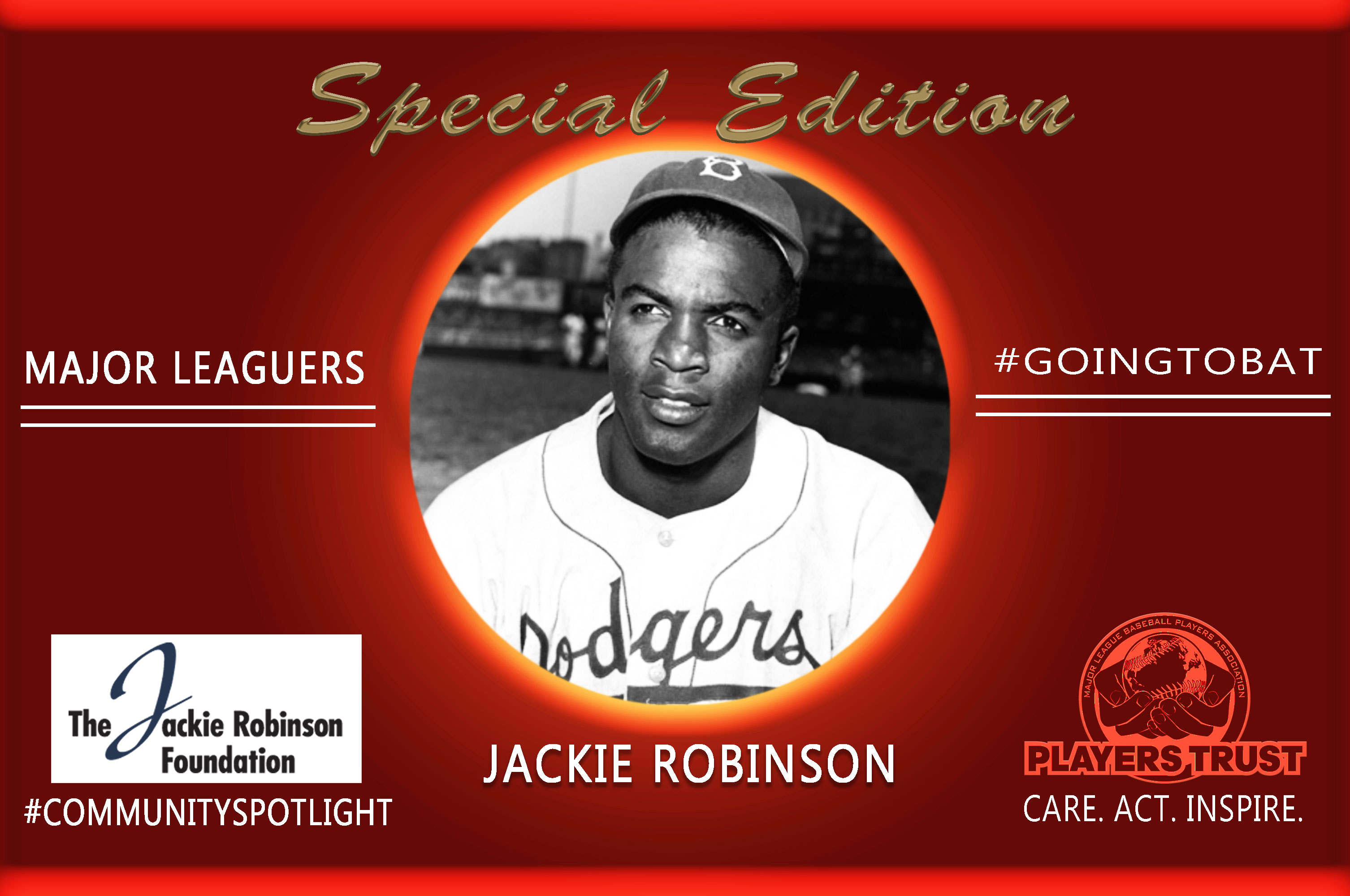