When Todd Sears started his career as a Wall Street investment banker in the late ‘90s, he had to be discreet about his sexual orientation and sought another job where he could bring “his whole self to work.” In a more welcoming atmosphere, he opened a lucrative new market for his subsequent employer, catering to lesbian, gay, bisexual and transgender clients, a groundbreaking idea for the time.

Stephen Frost, head of diversity and inclusion for the London Olympics and author of the book The Inclusion Imperative, says this situation is hardly unique: Frost’s research found that people within the LGBT (Lesbian, Gay, Bisexual and Transgender) community who remain in the closet are 10 percent less productive than those who feel they can be themselves.

Having a diverse and inclusive workforce — with people of different races, gender identity or expression, sexual orientation, veteran status, abilities, religions, national or ethnic origins that respect and appreciate differences — is fast becoming an imperative for companies around the world. “Diversity and inclusion is not a ‘nice to have’ feature in an organization,” says Marc Doyle, an executive vice president at DuPont. “It is absolutely critical in healthy, high-performing organizations with a future focus.” 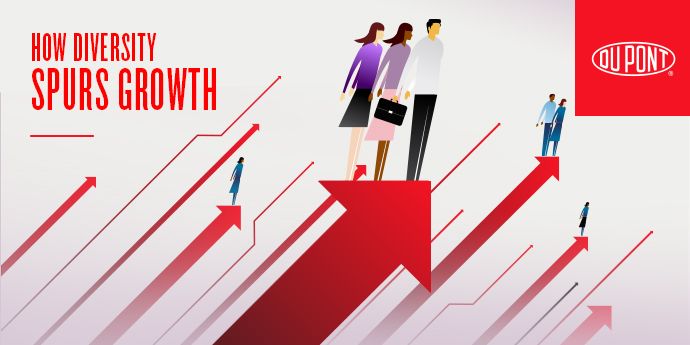