In Search of Gideon, 53 Years Later

In many respects the case represents the most structurally significant criminal justice ruling in the Court’s history, because without counsel a criminal defendant’s other fundamental constitutional rights and protections are not even cognizable. With the Warren Court’s decision in Gideon, our national jurisprudence established once and for all that the Sixth Amendment’s guarantee of the right to counsel is sacrosanct, regardless of an individual’s ability to pay for a privately retained lawyer, and that it is the responsibility of the government to provide counsel to a defendant who cannot afford an attorney.

Clarence Earl Gideon was charged with breaking and entering, a felony under Florida law. He appeared in court without an attorney and asked the judge to appoint counsel for him because he could not afford a lawyer. Gideon’s request was denied on the grounds that Florida law permitted appointment of counsel only for defendants charged with capital offenses. Gideon represented himself at trial, was found guilty, and was sentenced to five years in prison. He challenged his conviction and sentencing in a petition to the Florida Supreme Court but was denied. He next filed a petition with the U.S. Supreme Court, which agreed to hear his case in 1963 and ruled that his conviction was unconstitutional because he was denied a defense lawyer.

From there the Court advanced the cause of the right to counsel with other pronounced structural changes in cases like Holloway v. Arkansas, 435 U.S. 475 (1978), Cuyler v. Sullivan, 446 U.S. 335 (1980), and Mickens v. Taylor, 535 U.S. 162 (2002). These cases dealt with the quality of representation, establishing that the right to counsel included the right to the effective assistance of zealous, conflict-free counsel.

But the Court began to lose sight of the essence of Gideon when under Chief Justices Warren Burger, William Rhinequest and John Roberts it ushered in a wave of decisions bearing on the right to counsel.

In the singularly significant case of Strickland v. Washington, 466 U.S. 668 (1984), the Supreme Court firmly reinforced that the Sixth Amendment’s guarantee of the right to counsel implicitly incorporated the right to the effective assistance of counsel. But Strickland then went on to establish a two-pronged “cause and prejudice” test to apply to cases, which lost sight of Gideon. In order to have a conviction overturned based upon the ineffective assistance of counsel, a criminal defendant is required to demonstrate by a preponderance of the evidence that the performance of counsel was below the standards established, recognized, and observed by the bar and the courts in the jurisdiction and area where the case was tried and that but for the ineffectiveness of counsel, the case would have resulted in the defendant’s acquittal. These are extremely complex and subtle standards, which are often impossible for a pro-se (self-represented) or even represented prisoner to successfully undertake.

In U.S. v. Gonzalez- Lopez, 548 U.S. 140 (2006), in an opinion written for the majority by the late Justice Antonin Scalia, the Court held that a criminal defendant who has the money to pay for a retained counsel of choice has the right to that particular lawyer regardless of whether the lawyer is better or worse than a lawyer the trial court would appoint on a defendant’s behalf. On the other hand, the court held that a person who does not have the money to retain a private lawyer and must rely on a court-appointed attorney does not have the right to pick and choose among court-appointed attorneys. A review of case law at the state and federal levels reveals just how difficult it is for an indigent defendant to successfully request the appointment of a different court-appointed lawyer, even in the most compelling and prejudicial of circumstances.

Today, 80 percent of people accused of crimes in the Unites States must rely on the public defense systems. The average person living from paycheck to paycheck, whose son or daughter or spouse gets into trouble with the law, cannot afford to write a large retainer check to a private lawyer. These individuals are forced to rely on public defenders and court-appointed lawyers who are paid on average about $60.00 per hour. Their caseloads are burdensome, and they often have conflicting interests with other cases, clients, and matters.

The data available on how much time these lawyers spend preparing to defend their clients is horrifying. A 2014 American Bar Association study found that public defenders spend on average 8.7 hours preparing cases for the most serious class A and class B felonies, which carry sentences with mandatory minimums of 10 years. It is not unusual for a client not to meet the lawyer until the first day of scheduled trial and for the lawyer to be looking over the case file while waiting for the court calendar to be called. That is the main reason why 95 percent of all criminal cases in the United States are disposed of by prosecutor-dominated guilty pleas and why our prison population, 60 percent of which is of African American and Hispanic descent, is by far the highest in the world, and why we are now seeing so many reported cases of wrongful conviction and imprisonment.

The first priority in criminal justice reform must be to address and remedy the crisis in public defense in the United States. The responsibility to create a robust public defense system, which requires full application of the Sixth and Fourteenth Amendments and guarantees every criminal defendant the right to effective, conflict-free, and zealous legal representation, must be an essential and foundational component of any criminal justice reform agenda.

Oppression is a horrible thing, and there are many forms of it. The political and philosophical underpinnings of our nation are founded on our revulsion to it. Standing in front of a judge and jury without proper representation is in every sense of the word, oppression.

In his prescient dissent in Olmstead v. United States, 277 U.S. 438 (1928), Justice Louis D. Brandeis had this to say about what happens when the government and the system look the other way and ignores the principles and laws upon which we rely for the legitimacy of our criminal justice system and the efficacy of our democracy: “…Decency, security and liberty alike demand that government officials shall be subject to the same rule of conduct that are commands to the citizen.  In a government of laws, existence of the government will be imperiled if it fails to observe the law scrupulously. Our government is the potent, the omnipresent teacher. For good or ill it teaches the whole people by example…”

There is nothing more important for the protection of liberty and the preservation of our cherished democratic institutions then to ensure that individuals accused of crimes in the Unites States be provided with effective, zealous, well-prepared, and adequately funded and staffed defense counsel. But much of the time, that is not the case. The slow undoing of the Supreme Court’s 1963 decision in Gideon v. Wainwright has for the most part subjected criminal defendants who cannot afford a private lawyer to at best a lukewarm public defense.

If we are going return to the underpinnings of Gideon and restore the right to counsel in the United States, we have to start thinking in terms of creating strong, independent public defense systems, especially at the state level, that are funded, staffed, and valued at the same level as the prosecutors’ offices. The crisis in public defense has gone beyond a crisis of poverty law; it is a middle-class problem as well. Income inequality, stagnant wages, and underemployment have expanded the need to provide constitutionally effective counsel to working, taxpaying people who cannot possibly pay the going rate for a privately retained criminal defense lawyer if they or a family member becomes involved in the judicial process.

The time to address this very serious problem is now. The United States holds itself out as the gold standard of due process and fairness. An American citizen or any individual who faces criminal charges in our courtrs that could result in a long period of incarceration and a lifetime of collateral consequences is entitled to a fair trial by an impartial fact-finder with the assistance of an effective, zealous, and conflict-free trial lawyer before society’s sanctions are imposed. Once convicted, a criminal defendant has less than a 3 percent chance of obtaining a reversal in a state post-conviction or appellate proceeding, with even less chance on federal review. A lukewarm lawyer is not an acceptable alternative.

Francis Zarro is responsible for strategic planning and project coordination at First Fairfield Associates, a private social enterprise firm located in Saratoga Springs, N.Y. He helped to create the Skidmore College Restorative Justice Project and serves as the project’s director of legislative initiatives and civic education programming. Mr. Zarro has taught administrative law at Pace University and a legal research and law library clinic to incarcerated individuals. He has taught additional courses in the prison system in such fields as literature, history, government, and business to incarcerated veterans of the U.S. Armed Forces. He has held positions with the New York State Unified Court System and with the New York State Defenders Association, where he helped to create the Veterans Defense Program. 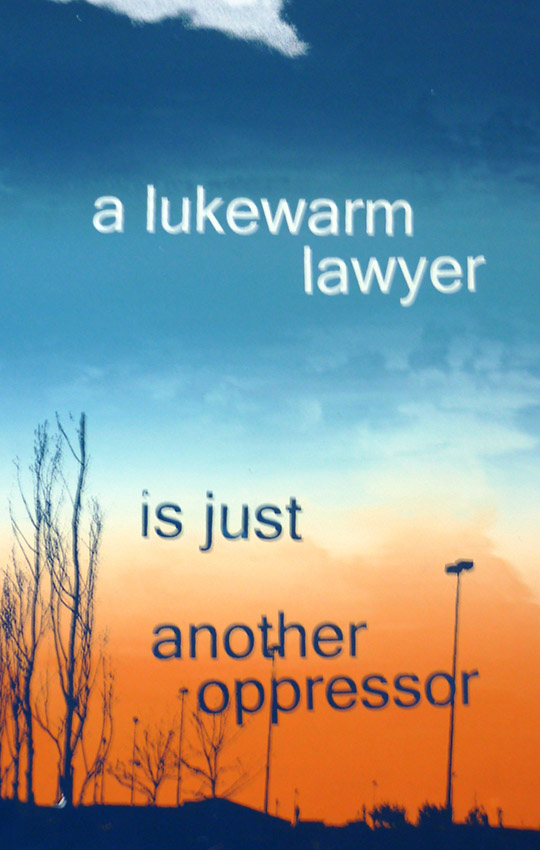