The desert-bound city of Las Vegas enjoys average highs of 41⁰C on July days, but drops to a positively frigid 35⁰C in September.  So you can imagine the demands on the regional power grid from air conditioning alone. With a population of just under 2 million – not including the tourists – southern Nevada demands a lot of electricity. We spoke with Chris Brophy, Vice President of Corporate Sustainabilty for MGM Resorts International to see what they’re doing to offset the energy demand on the grid.

Mega solar
One  way that the entertainment and hospitality company, MGM Resorts International, is helping to reduce the strain is through solar. In partnership with US-based firm NRG Energy, MGM Resorts has recently installed 20 acres’ worth of solar panels on top of the convention center at the Mandalay Bay Resort and Casino.

To give you an idea of what the energy demand includes, the Mandalay Bay Resort has to supply electricity for 3,211 rooms plus attendant hotel facilities like lifts and kitchens, as well as 135,000 sq ft of gaming and a 12,000-seater Events Center, in addition to Mandalay Bay’s 1.7 million sq ft convention centre. This centre will expand over the coming year. And to reduce reliance on traditional electricity sources even further, the new extension’s roof will support a second solar array, with a capacity of 2MW.

Cost and energy security
Aside from the expected long-term cost benefits, the renewable energy project helps Mandalay Bay by reducing the resort’s exposure to electricity prices. The resort buys the electricity generated from NRG Energy – which built, owns and operates the solar array – throughon a Power Purchase Agreement. That agreement creates a price certainty from the array for the next 25 years.

Returning to our initial point about demands on the local power grid, this set-up will also cut the amount of power that the resort draws from the southern Nevada grid, by twenty percent, at the hottest part of the day.

What’s more, the array’s CO2 reduction is equivalent to taking 1,300 cars off the road.

To view the article it its intirety, please visit: http://www.britishgas.co.uk/business/blog/las-vegas-project-shows-power-of-solar-panels/ 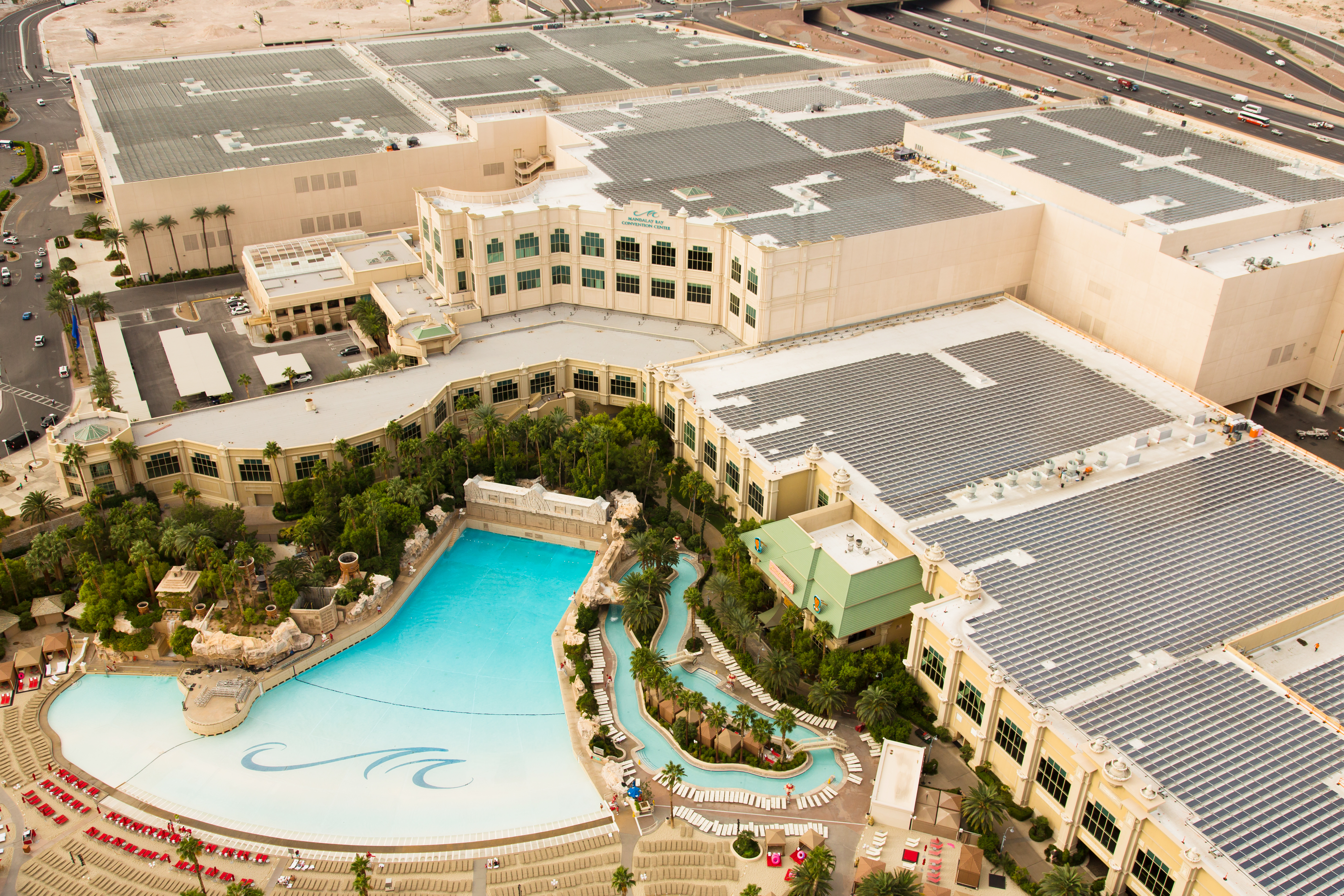