Leave It in the Ground: Carbon and the Future of the Planet

Dec 16, 2015 10:05 AM ET
Tweet This:
A farmer’s perspective on #carbon and the future of the planet. http://bit.ly/1XKSfJj @RSFSocFinance
Article
Reimagine Money Blog

As farmers, we are rooted in the reality of place. Everything we do depends upon how we replenish and foster the six inches of fragile, living topsoil under our feet. So, too, for our fellow workers, the people we feed, the markets we serve, and, ultimately, the viability of the farm.

At the micro level, soil fertility is a picture of the activity of the farm: its composts, the timing of its cultivations, its patterns of wet and dry, the qualities of its tilth, the level of its humus.

At the macro level, there is much more: soil fertility’s relationship to carbon.

California is experiencing its fourth consecutive year of drought. This is not unusual in the natural history of the state, but by manifesting as a “snow
drought” in the Sierra Nevada, it becomes an undeniable symptom of climate change.

Drought gives a farmer pause. Will there be enough water to size up the apple crop? Enough pasture for the cows? How many more riparian trees will die before winter?

Extreme weather all around, however, is on the horizon. The jet stream goes AWOL and vacillates north and south, or sometimes stands still in “ridiculously resilient ridges” or in “terribly tenacious troughs.”

Climate change has many of us farmers frozen, but one thing we still know how to do is to practice patience and resiliency, borne from the ground up.

In the past, it was a resiliency based on native biodiversity and the deep pockets of the soil, layered in untold prehistory. In most cases, however, that ancient largesse is already played out and spent.

With soil as metaphor, the tale gets interesting.

The sea does double duty, producing most of our oxygen and dissolving and absorbing most of our fossil fuel CO2 (as carbonic acid). As the oceans acidify, they become super-saturated with this element, a condition detrimental to sea life.

Soil is the second-largest repository for atmospheric carbon after the oceans. Soil stores four times the carbon that is contained in all of the Earth’s living, breathing biomass and atmosphere. The place where carbon belongs, its highest and best use, is underground.

In seven-year cycles, all of the Earth’s atmospheric CO2 is absorbed through plant photosynthesis. This process turns CO2 gas into liquid carbon, otherwise known as sugar, where it is captured in the green leaf, which breathes out the gift of oxygen. From there, carbon travels down into the roots to feed soil microbes and fungi. Much carbon is held in the living biomass, but through natural soil respiration and decomposition most of the CO2 in the soil eventually returns to the atmosphere. Soils high in humus content retain a much larger portion of that carbon than depleted soils; the greater the humus content, the more carbon is sequestered. Humus is 60% carbon.

An astounding 40% of the Earth’s land mass is now cultivated in some form. That gives agriculture, along with habitat restoration and the reforestation of tropical rainforests, a major role to play in ameliorating climate change by returning the atmosphere to a livable 350 per million of CO2.

Here is one example: The annual U.S. corn crop covers 96 million acres. At 11 feet in height, even a single field represents a considerable amount of biomass. Of this, only the corncob is harvested. All of the rest of that energy in the form of green life and residue finds its way back into the soil.

For years, it was assumed that this would build humus, the soil carbon reserve, and that these oncegreat prairie soils would get richer. But the opposite is true. These soils are bleeding an ever-increasing amount of nitrates into rivers and underground water systems, leading to massive dead zones off the Gulf of Mexico. Similar circumstances are documented in coastal waters worldwide.

Conventional agriculture’s use of synthetic nitrogen is the culprit. It gobbles up the reserves of carbon and native nitrogen in the soil, destroying its porosity and structure, a fact proven over time at the University of Illinois’ historic Morrow Plots, founded in 1876.

The clod of organic soil on the left of the photo has high humus content and good pore structure. It is resilient against flood, drought, compaction, and
other extremes. The soil on the right, from a conventional plot, has a low humus content and has disintegrated in contact with water. It may grow a large crop, but only if annually fed its “nitrogen fix.” It is not retaining carbon and is bleeding nitrous oxide into the air and aquatic nitrates into the groundwater.

Carbon is, literally, structure in the soil—its backbone.

The fossil fuel divestment movement slogan is “leave it in the ground.” Even the market is slowly coming around to face the reality of stranded carbon assets.

Farmers now also have to face the reality of stranded assets, with millions of acres left fallow due to drought.

Could there be a connection? The common element here is carbon—placing and leaving carbon in the ground.

Pure carbon is a stable element in the soil and can remain there for thousands of years. The use of biological charcoal, or biochar, in conventional agriculture provides depleted soils with necessary structure and increases the soil’s natural repository for atmospheric carbon. Biochar is pure carbon and could accelerate the humus-holding capacities of conventionally farmed soils. As opposed to creating an overt mandate to convert to organic agriculture, we need to incentivize the recarbonization of depleted farmlands.

Biochar is neutral in the soil. When mixed with compost, microbes, and mycelium, it becomes a teeming condominium for water and nutrient retention, as it consists of millions of stable elemental micropores. Biochar is the equivalent of a coral reef of the soil.

Many soil scientists and climate experts believe that “carbon farming” deserves recognition as a public benefit, on par with that of growing healthy food.

“People around the world could be paid to capture and sequester carbon, particularly in soils,” writes John Todd in Geotherapy. “One possible option would be to create a worldwide carbon currency. This would define, create, and make known the value of sequestering carbon. Carbon sequestration is a global public good.”

The goals of acquiring high humus levels and high carbon levels go hand in hand, expressed in high nutrient and water retention in the soil. This runs parallel with the precept that healthy soils, and therefore healthy food, support a healthy atmosphere and
a stable climate.

2015 is the International Year of Soils. In the lead-up to the climate summit in Paris later this year, there is a call for action for the United Nations Framework Convention on Climate Change to identify soil and wetlands as carbon sinks, eligible for carbon credits. It is somewhat astonishing that this is not already the case.

The drought in California is but another wake-up call to the urgency of the role of the soil itself in capturing and retaining carbon. Astounding as it may seem, increasing the soil’s carbon by just 10% worldwide would mitigate the detrimental effects of climate change and could be accomplished in a matter of decades.

The fact that a solution this simple exists comes as a surprise. In all our denial and delay, we were expecting a grand techno-fix to save the day. Instead, we can just engage the power and wisdom of the living Earth.

It is often said that the finest fertilizer is the footsteps of the farmer. Perhaps the remedy for our overheated Earth is right under our feet. 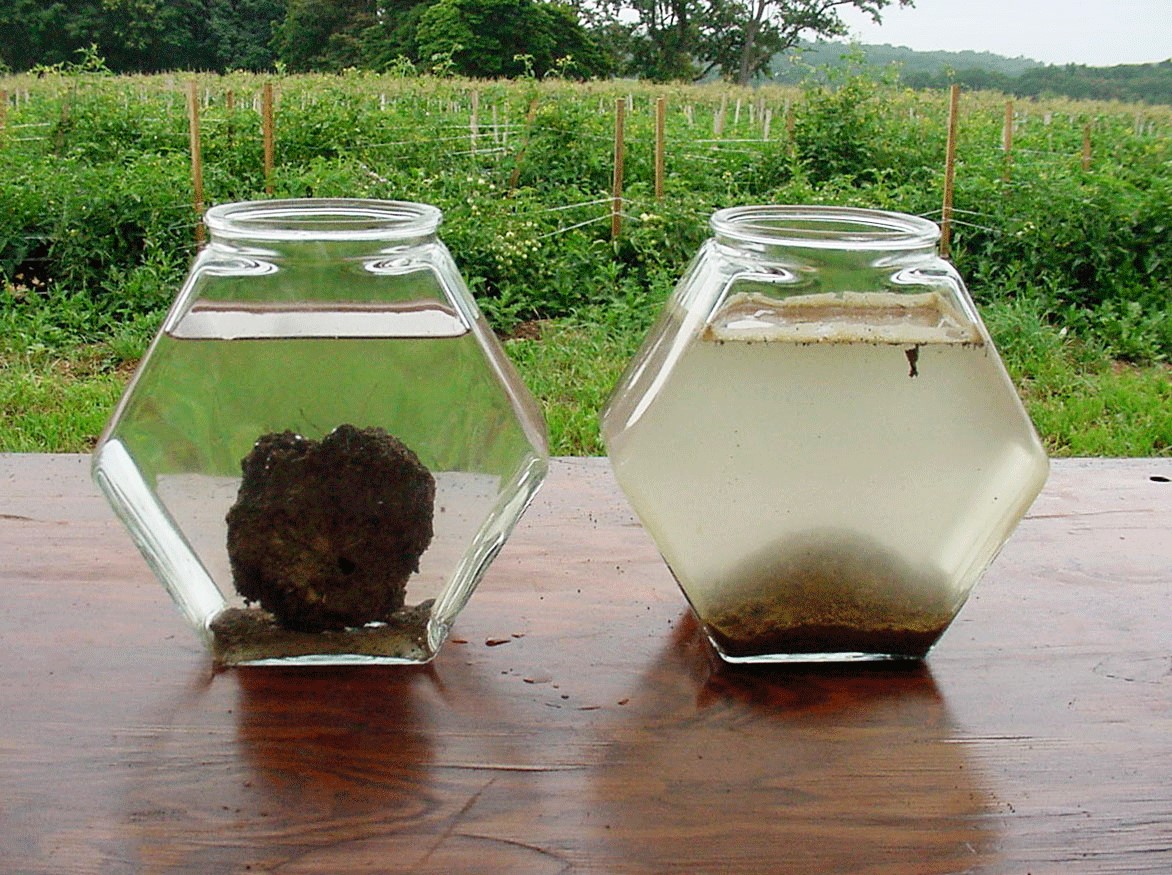 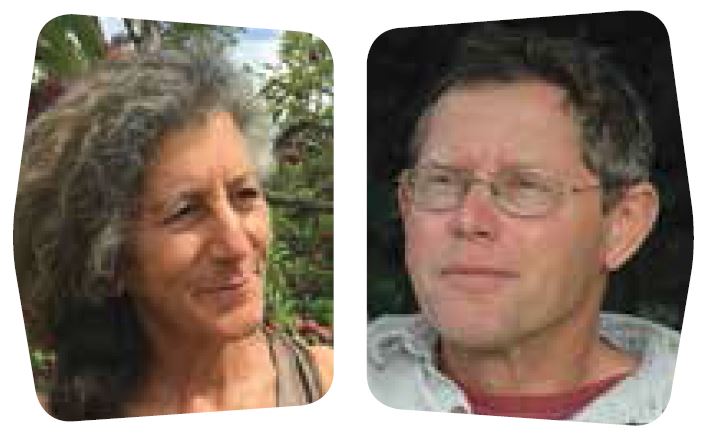