Tucked away neatly in an Opa-Locka, FL neighborhood sits Room2Bloom, a daycare center unlike most others.

Spread out across an area that takes up nearly an entire city block, Room2Bloom resembles a mini college campus, with a main administration building and several separate classroom buildings.  All of the rooms are bright, colorful and full of energy (with the exception of nap time, of course!).

Serving more than 125 neighborhood youth – from babies and toddlers to preteens in the afternoon – it doesn’t take a visitor long to understand that Room2Bloom is the pride and joy of a community surrounded by low-income and no-income housing.

For all the educational services and hope Room2Bloom has to offer the neighborhood children and their parents, the campus has one glaring need: a safe and fun place for the children to play.

Well, thanks to the Major League Baseball Players Trust and the national nonprofit, KaBOOM!, that’s about to change.  The Players Trust and KaBOOM! are teaming up to build a new playground for Room2Bloom and the surrounding neighborhood to replace the dilapidated one that sits unused in the middle of the grounds.

Since 1996, KaBOOM! has collaborated with partners to build, open, or improve more than 16,700 playgrounds, engaged more than one million volunteers, and served 8.5 million kids.

Coincidentally, 1996 was the year Major League Baseball Players created their own 501 c 3  foundation, the Players Trust – the first nonprofit of its kind in professional sports; one created and administered by the Players themselves.

Through the Players Trust, the Players are building the playground to coincide with the 2017 Major League Baseball All-Star Game to be played in Miami this July.

“The Players wanted to find a unique and meaningful way to say thank you to the Miami community, in anticipation of the warm welcome they will undoubtedly receive when the game’s best of the best take the field for the Mid-Summer Classic,” said Players Trust Director, Melissa Persaud.

With that in mind, the Players Trust and KaBOOM! will lead a team of more than 200 volunteers on Saturday, July 8, to construct a new playground on the grounds of Room2Bloom.

Between now and July 8, the Players Trust, KaBOOM! and Room2Bloom will work together to ensure that all goes smoothly on Build Day.

The first official step in the process was Design Day, when the parties familiarized themselves with the location; measured the site; noted concerns, oddities and potential obstacles associated with the site; sketched the site; and began identifying potential play enhancement projects that can be undertaken on Build Day.

Design Day also included a meeting with “playground experts” - the kids, of course! – to find out what they would like to see on their new playground.  To help the kids with their playground sketches, the Players Trust brought in a few of its own experts, who also know quite a bit about play – Players!

Former Miami Marlins players and members of the 1997 Marlins World Series championship team, Cliff Floyd and Charles Johnson, were joined on Design Day by former Major Leaguer and current Major League Baseball Players Association Special Assistant Jeffrey Hammonds. This talented trio lent their expertise to the initial stages of the project, by helping the children during the design phase of the afternoon’s agenda.

“This is special for the Players Association and the Players Trust to come down here to build up a little momentum before the All-Star Game and have the community of Opa-Locka embrace us,” stated Hammonds, who played 13 Major League seasons after being drafted out of Stanford Univeristy. “Design Day allowed us an opportunity to see what Room2Bloom and KaBOOM! are doing, which helps put everything into perspective.  The program is outstanding.”

Imani Jackson of KaBOOM! is the energetic and passionate project manager and it will be her job to keep the project on track.  “This all started when Room2Bloom submitted a Build it with KaBOOM! grant and we were happy to match them with the Players Trust.  The Players chose this community and we’re really happy to bring a new playground here.”

Room2Bloom’s Executive Director Pamela Jones said, “This is an exciting day for us.  We’re so excited to have the Players Trust and KaBOOM! with us to build a playground with the kids input, the parents input and community input.  The kids are really going to enjoy their time spent on the new playground.  We’re all excited, the kids are excited, and I’ll probably be sliding, too!”

The new playground will provide hours of enjoyment to children from the entire neighborhood, something many children and communities take for granted.

“I think the most important thing is to provide these kids with an opportunity to play, play sports and do things that some communities don’t have an opportunity to provide their children because the means are not there,” said Floyd, a very active member of the Players Trust during his 17–year playing career.  Floyd, who remains actively involved in the South Florida community through his Cliff Floyd Foundation, added, “I think the Players Trust is doing an amazing job in making sure they provide these kids with more than they could ever dream of having.”

Although the design of the playground is just entering the planning phase, Henry, one of Room2Bloom’s students, offered his expertise on the subject.  “I want a spaceship, a bouncy thing and a slide…four slides.  I like to slide a lot,” he exclaimed.

Former All-Star catcher and 12-year veteran Charles Johnson, who also has his own charitable foundation and was a founding member of the Trust’s Action Team youth volunteer program in 2003, was excited to participate in Design Day and to do his part to help Henry’s dreams come true. “Today was an outstanding day!  Being here, watching these young kids come out here, and knowing that they are going to be getting a new playground to play on is very exciting. As a Player, it’s an honor to be here with the Players Trust, because as a young kid a playground is a great place to go to release stress, have fun and I believe these kids can really benefit from this playground.”

The excitement for this is just beginning “2Bloom” and the rest of this story is to be continued…on July 8, when the Players Trust, KaBOOM! and hundreds of volunteers turn Henry and his classmates’ playground dreams into reality.

For more information on the Players Trust please visit PlayersTrust.org. 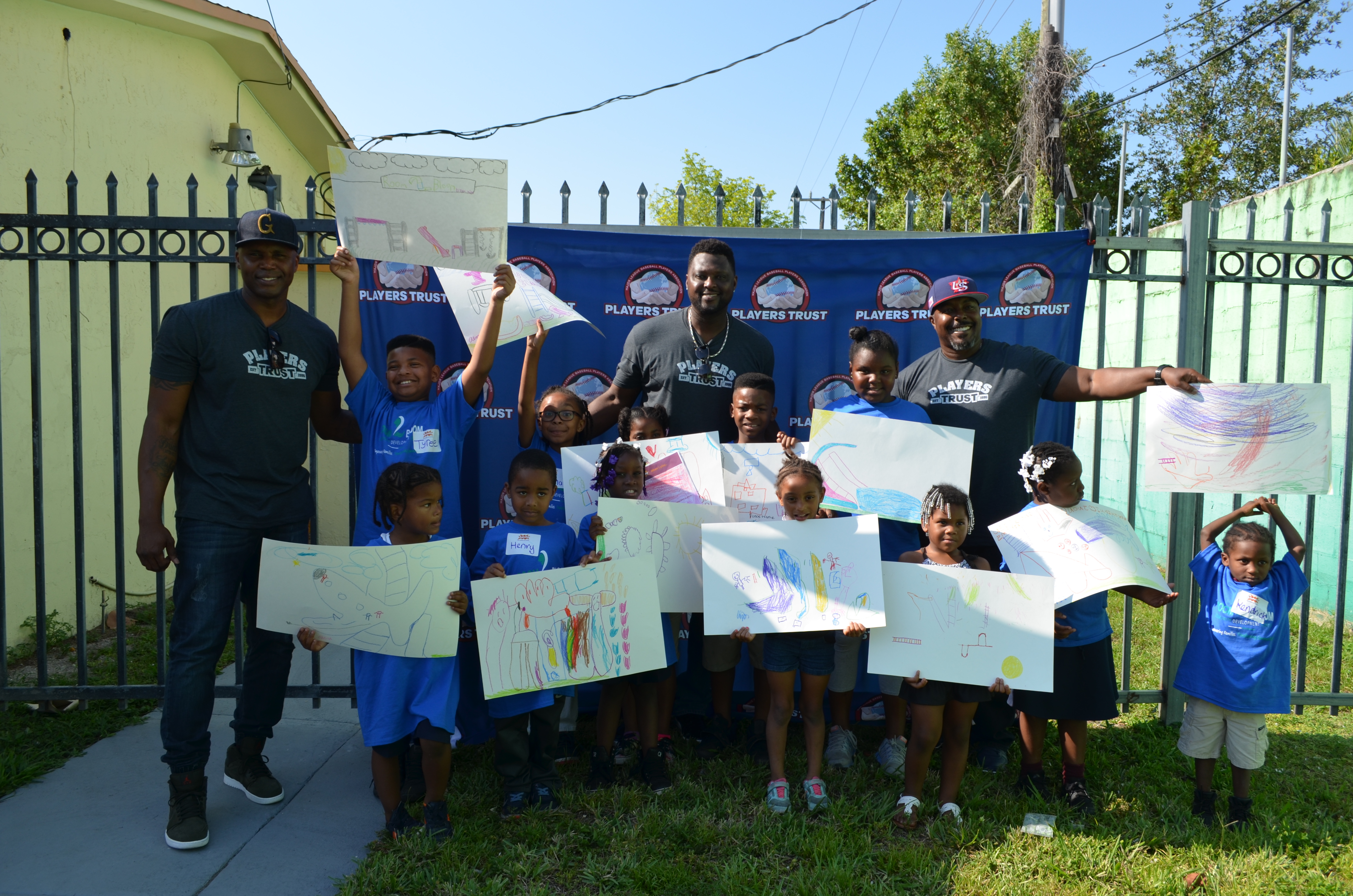 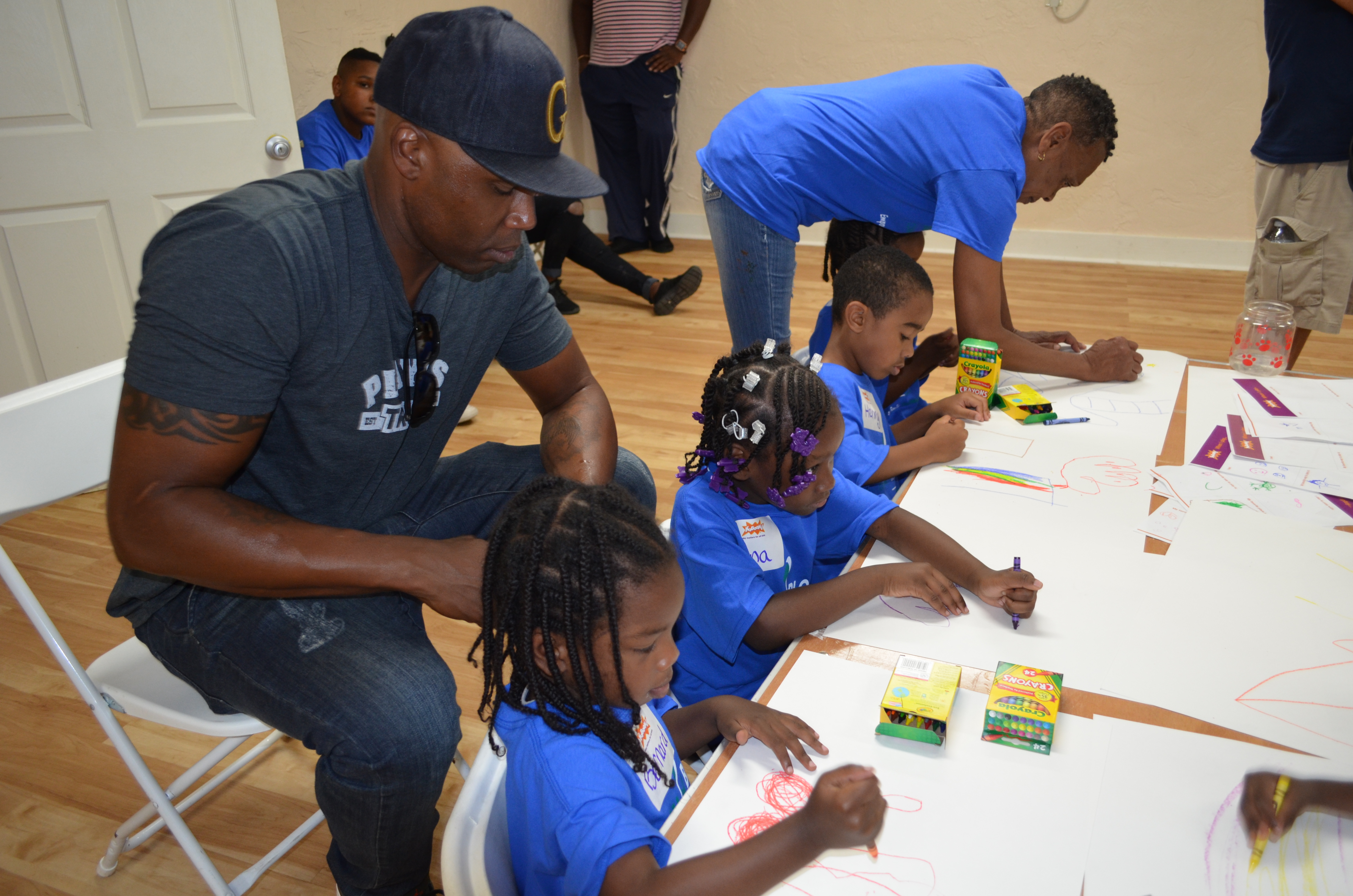 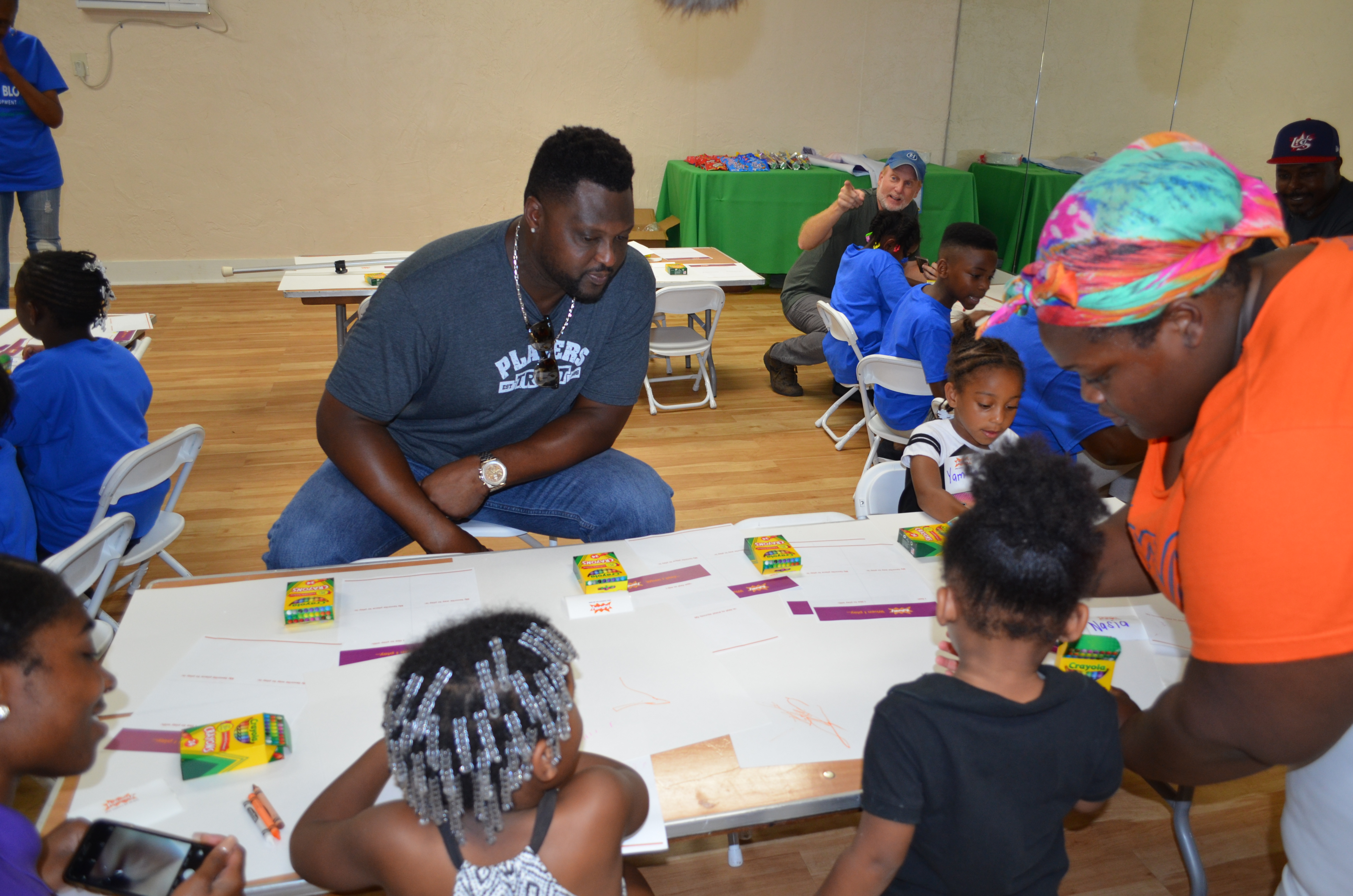 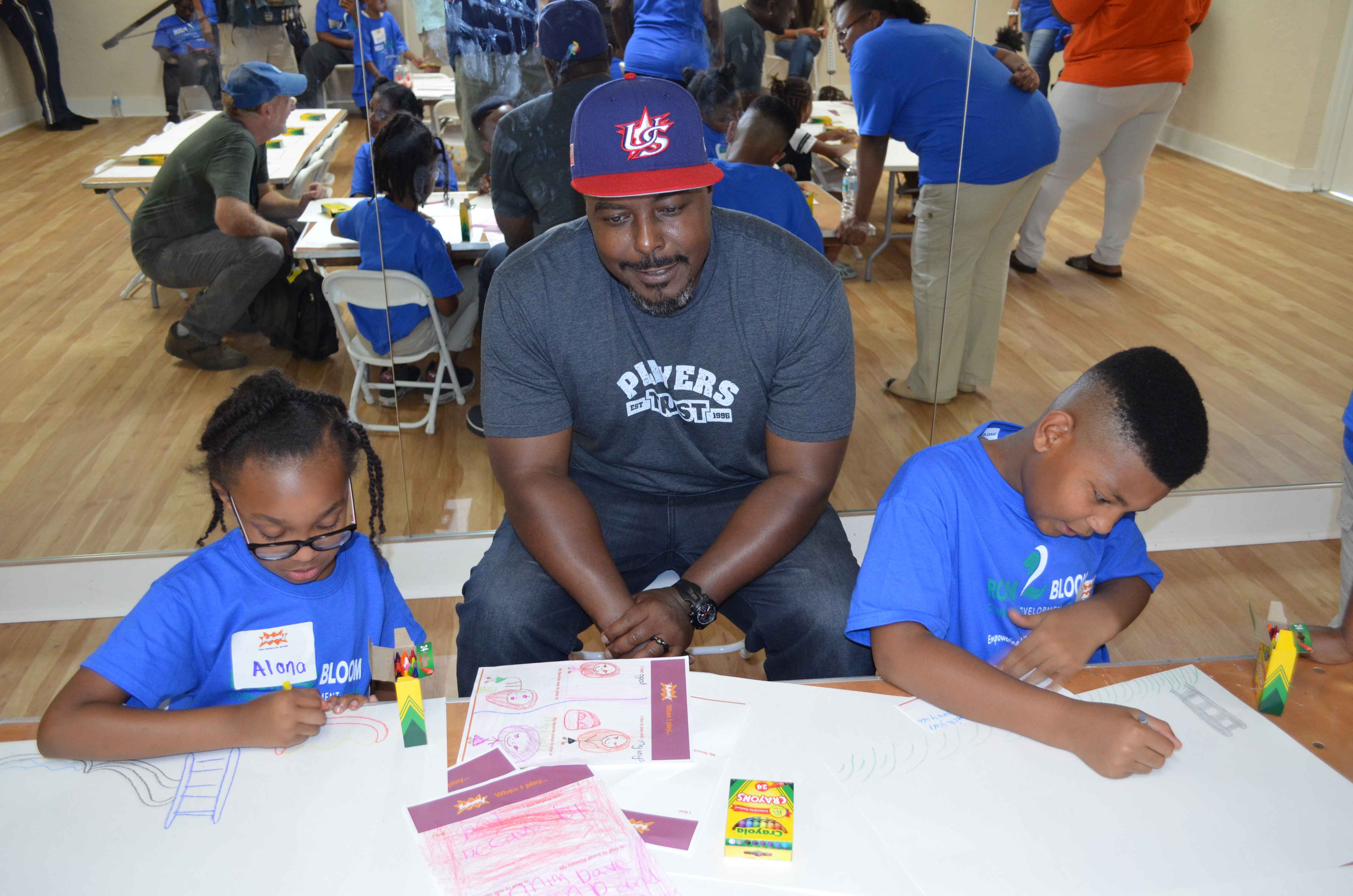 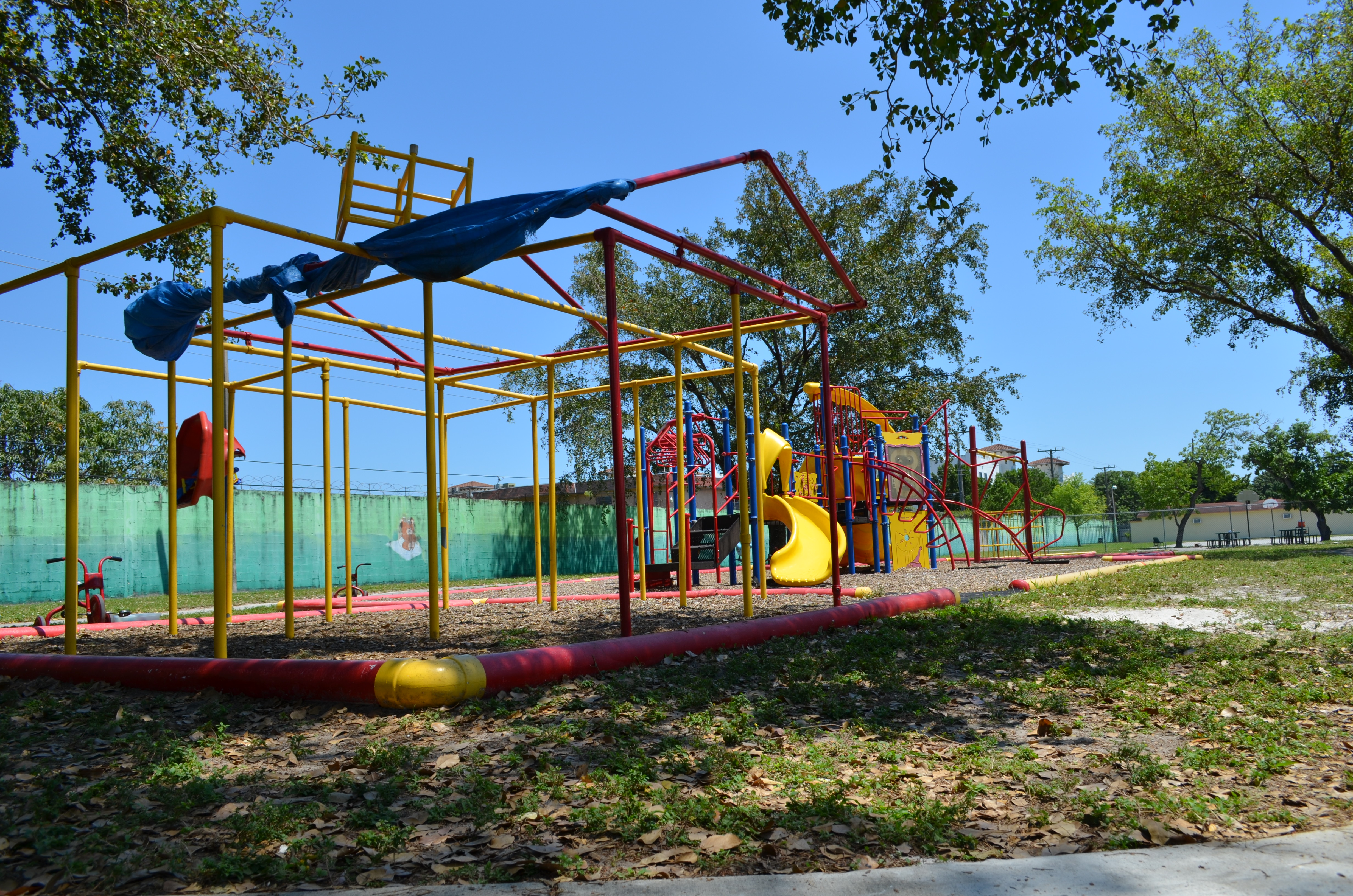 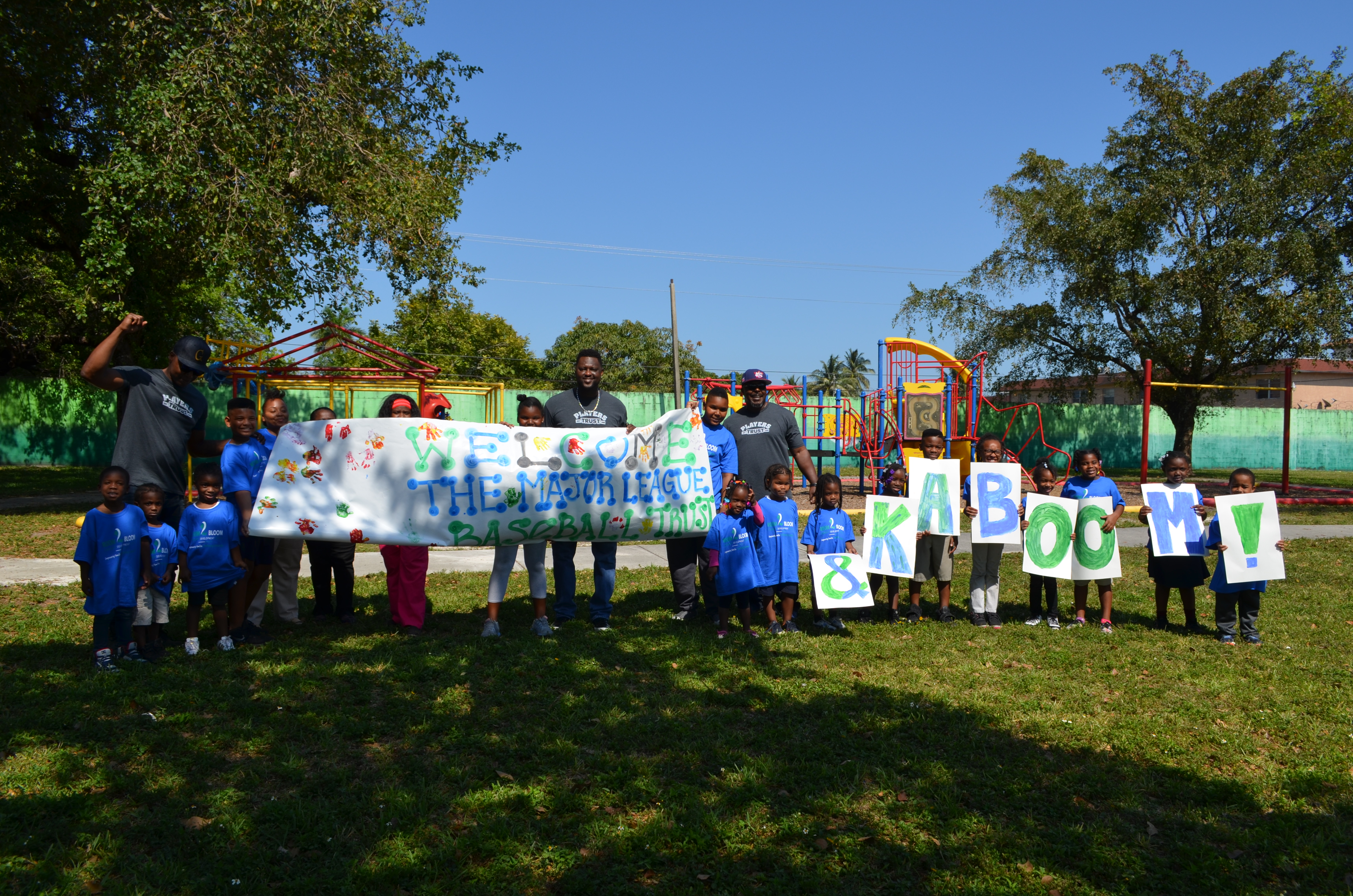