Players were out in their communities in the days leading up to the Fourth of July honoring those who fought and continue to fight for our country.

Ben Revere, Clint Robinson, Sammy Solis and Blake Treinen of the Washington Nationals kicked off the activities with a Players Trust City Clinic benefiting children of active military members from the D.C. and Maryland areas at Andrews Air Force Base.

The players, as well as Nationals manager Dusty Baker and assistant hitting coach Jacque Jones, joined more than 130 children of active military personnel Tuesday morning, June 28, for a free, hands-on baseball clinic. Instruction on catching, throwing, hitting and fielding were provided by the players, who also held a question and answer session with the children at the conclusion of the event.

The players’ support for our troops continued Sunday, July 3, when the Miami Marlins and Atlanta Braves played at Fort Bragg in North Carolina -- the first-ever professional sporting event held on a military installation.

Players from the Marlins and Braves met with military personnel and their families at the base, signing autographs, exchanging caps and playing catch before the game.

“As the son of a Navy officer, I am extremely proud to stand with all players as we honor our nation’s military and our country,” MLBPA Executive Director Tony Clark said.

Fort Bragg is home to the Army’s Global Response Force, which provides strategic military capabilities globally in defense of our nation’s security interests, and more than 50,000 active duty personnel.

The historic game was played at a new 12,500-capacity ballpark constructed by MLB and the MLBPA. The ballpark will be converted to a permanent softball field and a multi-purpose facility for those who serve at Fort Bragg as a gift courtesy of the Major League clubs and players.

“Many players are the grandsons, sons and brothers of men and women who have served or continue to serve our country. This one-of-a-kind ballpark construction project provides us with an opportunity to say ‘thank you’ to all who serve to protect our great nation,” Clark said.

In addition to the game and the field construction, the Players Trust presented a $100,000 grant to the nonprofit Our Military Kids in an on-field pregame ceremony. Emilio Bonifacio of the Braves and Mike Dunn of the Marlins presented the check.

“Players hold a special place in their hearts for our country’s service members, veterans and their children,” Players Trust Director Melissa Persaud said. “The Players are honored to be in the position to help support the efforts of Our Military Kids, and to recognize the organization’s commitment to help the children of military personnel.”

MacLean, Va.-based Our Military Kids helps support the children of deployed National Guard, military reserves and severely injured personnel through grants for sports, fine arts, camp, STEM and tutoring, which help relieve the stress of separation from a parent.

Visit PlayersTrust.org to see more photos from the weekend's events. 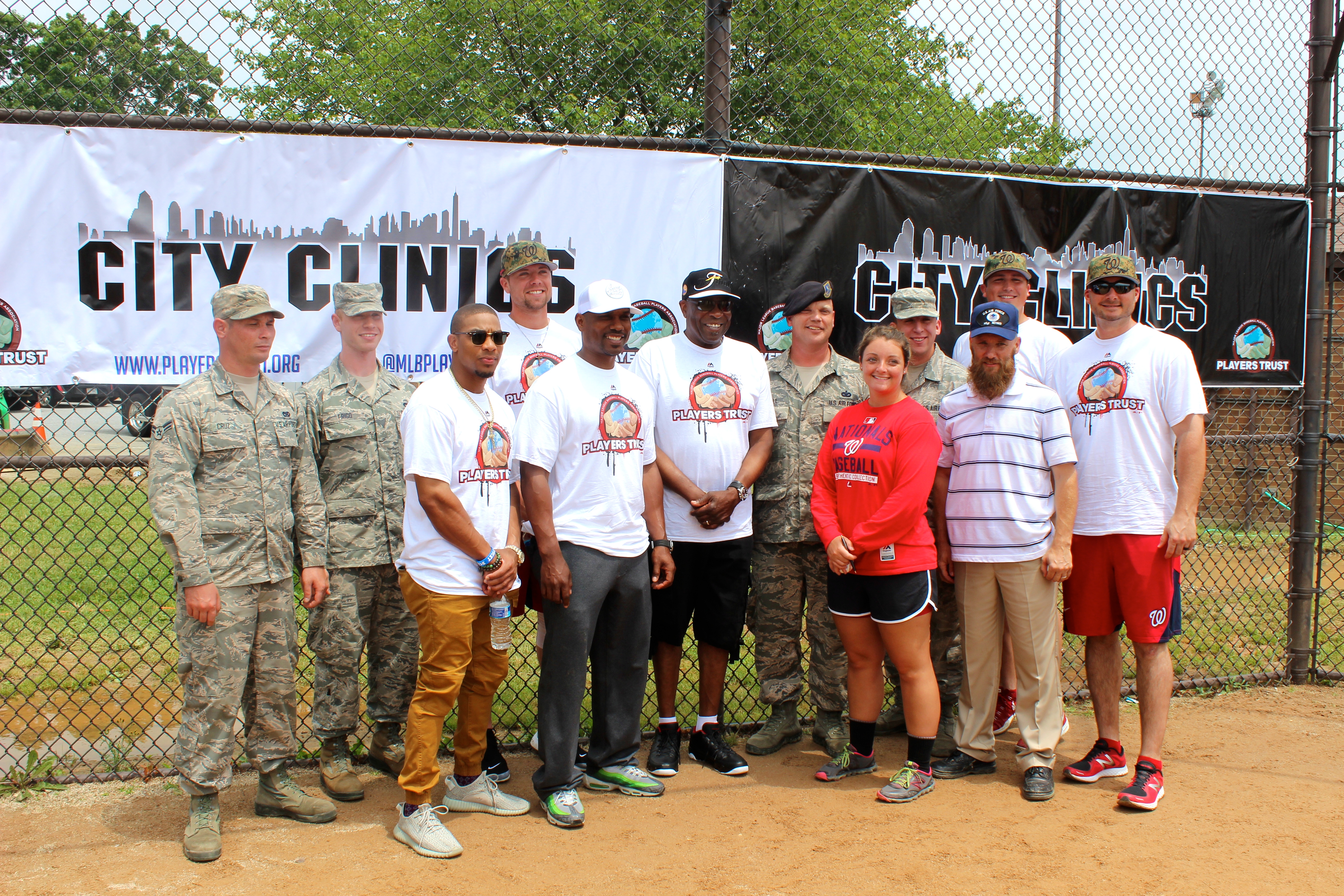 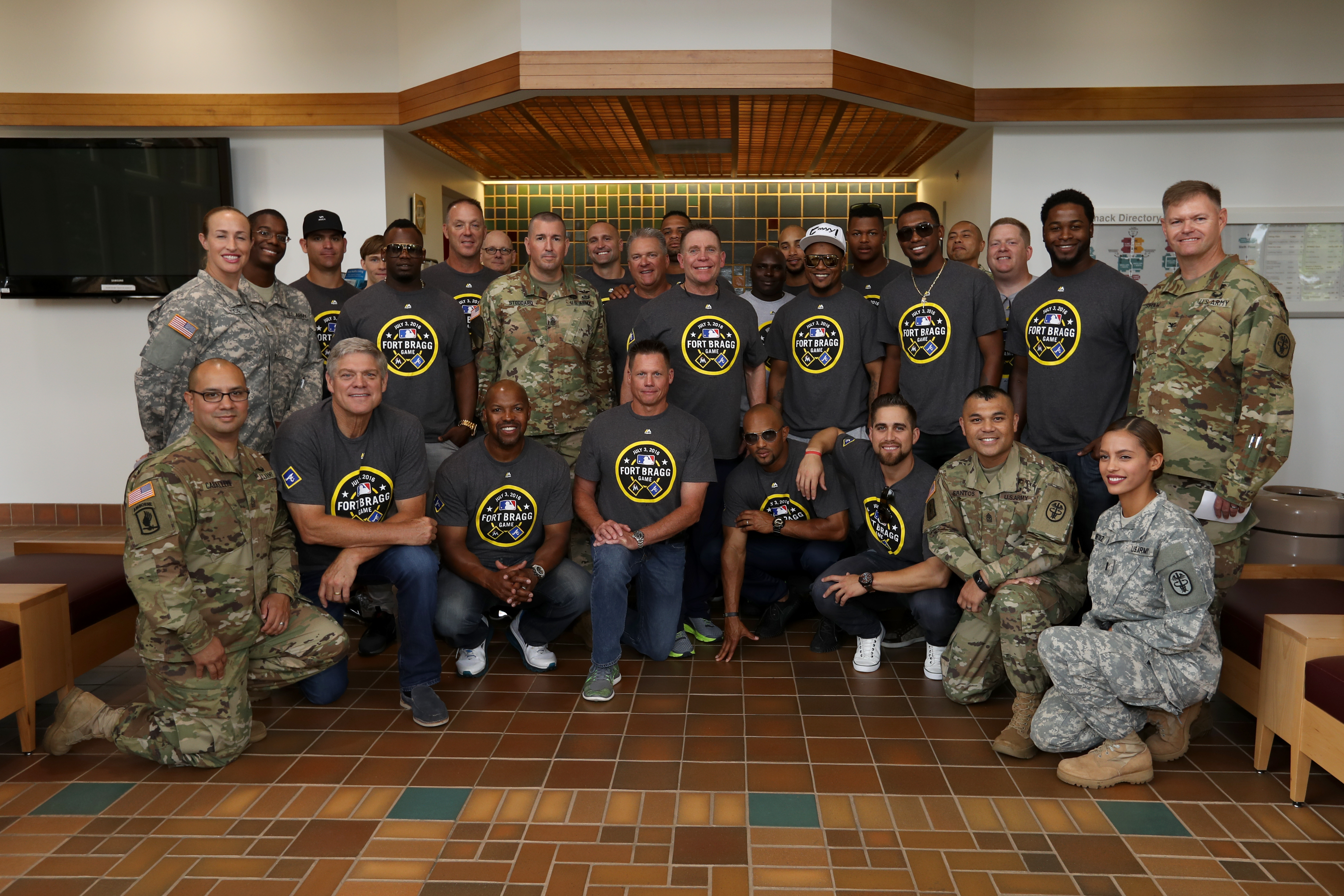 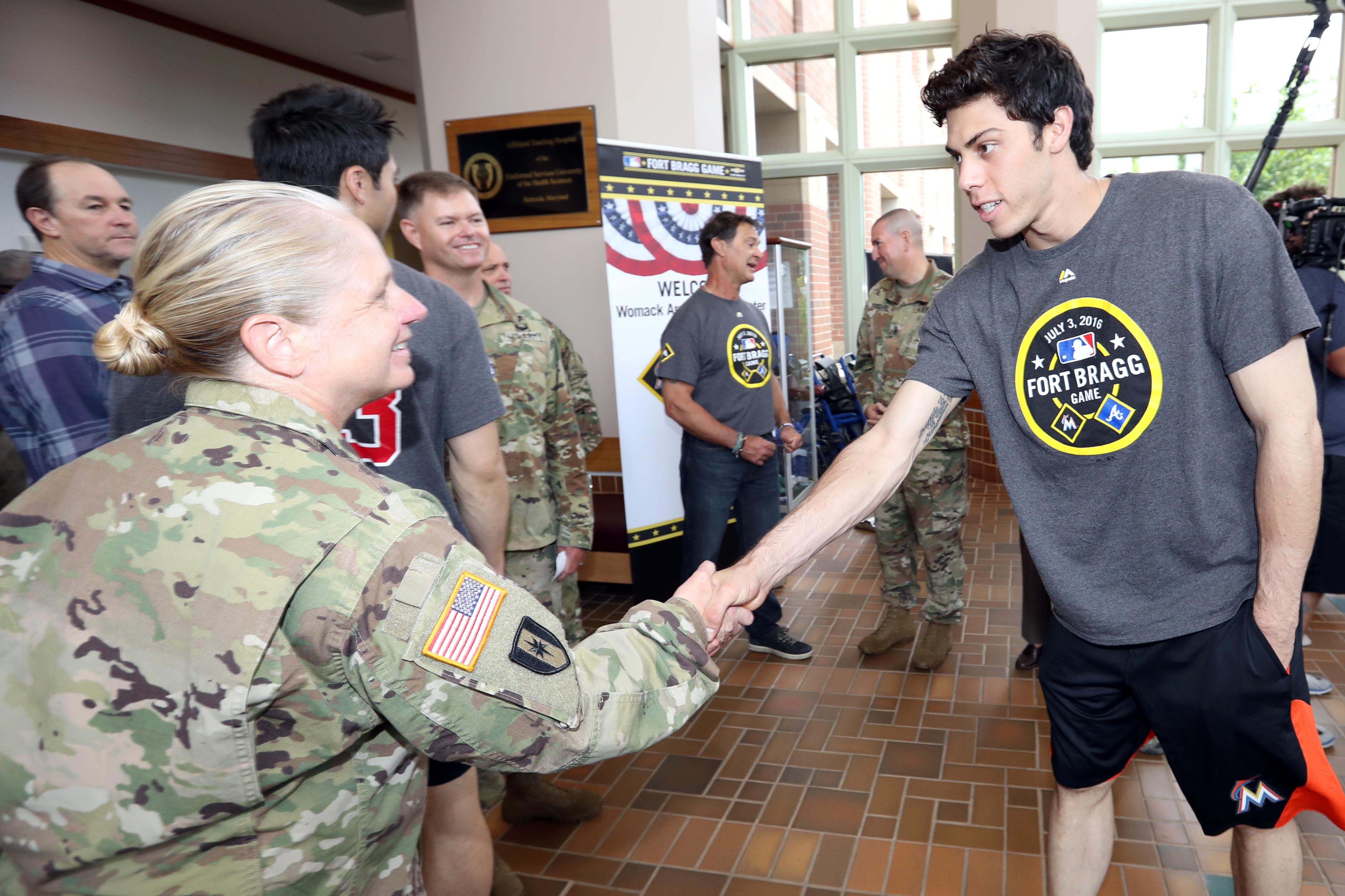 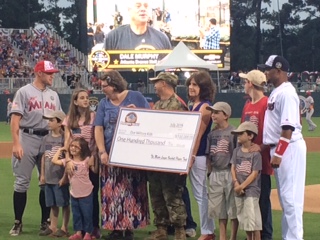 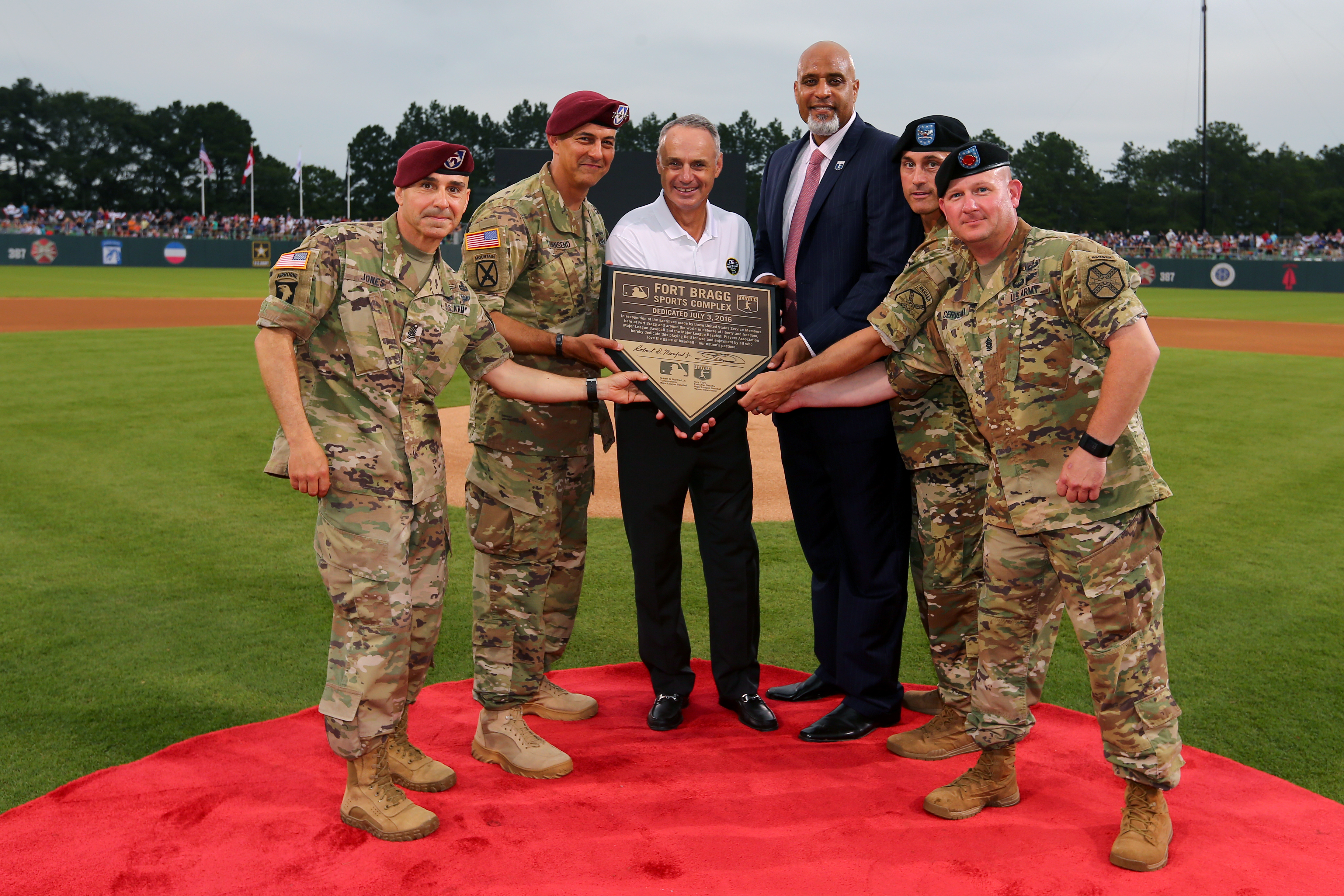 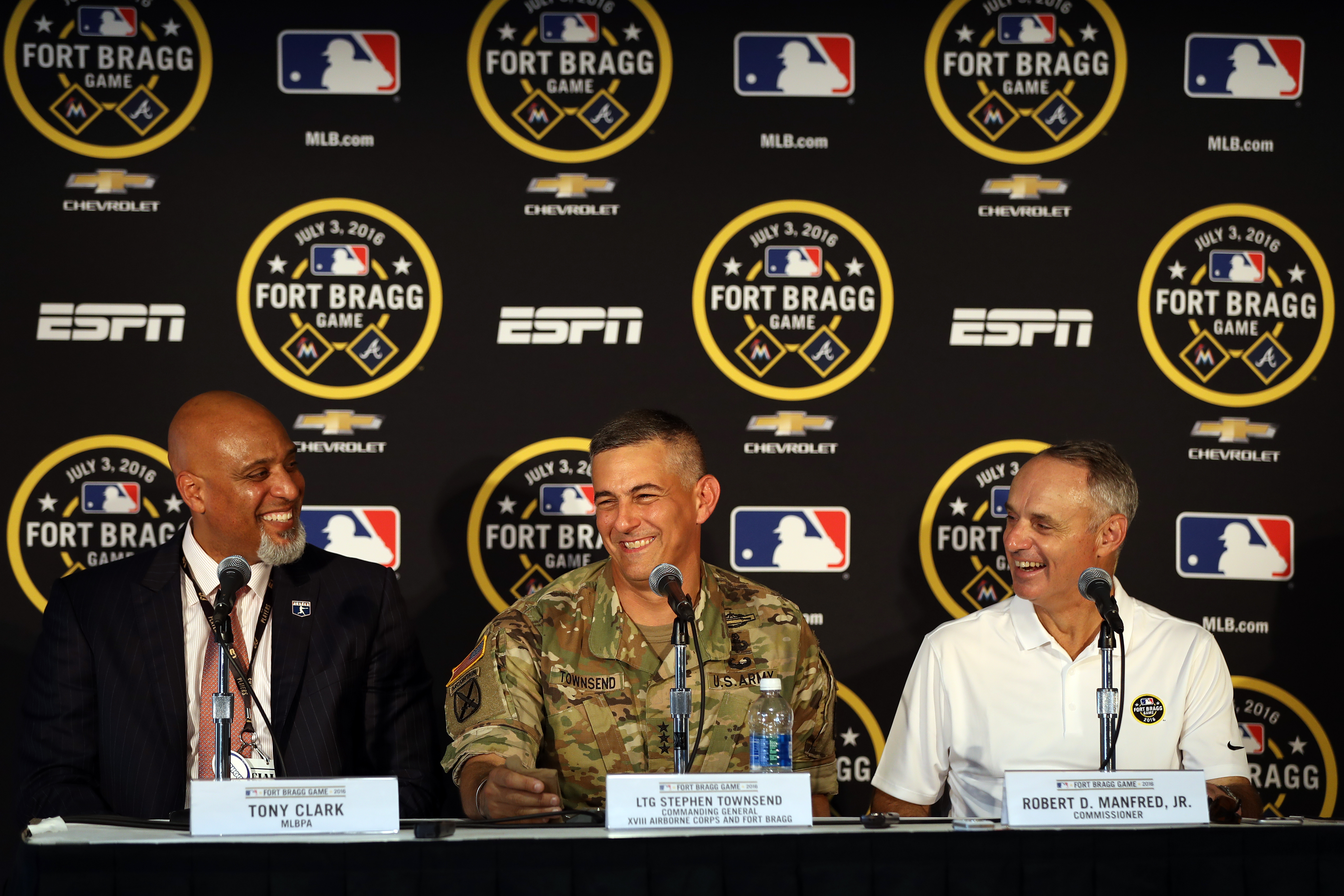 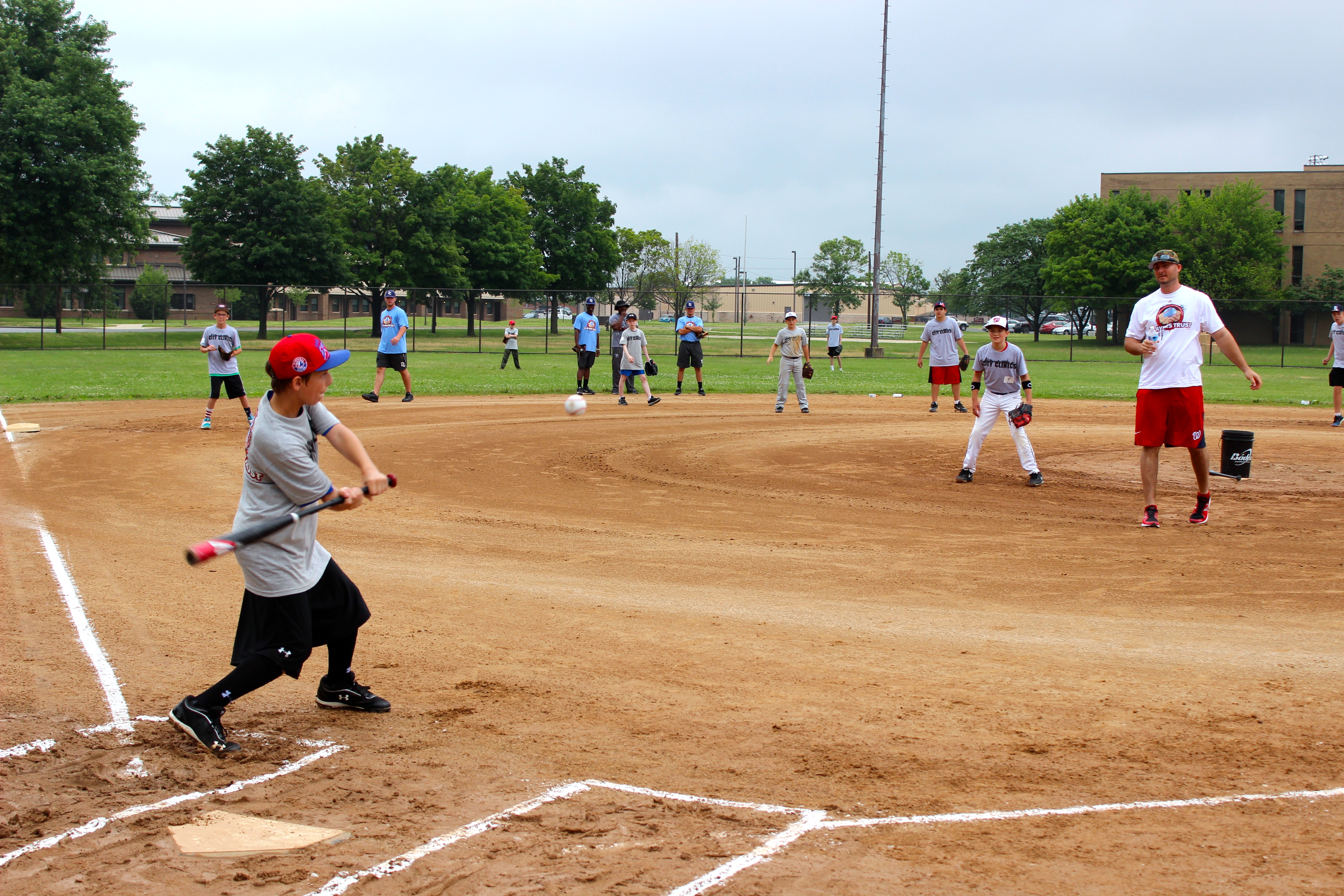