At the annual award ceremony of the Great Place To Work Awards, Mars Belgium has won the award for Inspiring Culture. What’s more, since 2009, this global food manufacturing company has appeared each year among the top 10 Best Employers in Belgium in the category ‘fewer than 500 employees’. Remarkably, Mars Belgium is also the only company in the top 10 with a production facility in Belgium: the Uncle Ben’s rice factory in Olen. Mars Belgium is a family owned global food business with a unique and value-driven company culture which is translated into concrete actions and activities and truly determines the way they operate.

The Inspiring Culture Award is issued by the Great Place to Work Institute in collaboration with the Vlerick Business School. It is awarded to companies with a clear mission and vision for the future, realised in an honest and ethically responsible manner, and which is also translated into the daily operations of the companies.

Mars’ value-driven corporate culture is based on Five Principles: Quality, Responsibility, Efficiency, Mutuality and Freedom. This company culture plays a key role for Mars and is the guiding principle in everything the company undertakes. Steve Axe, General Manager of Mars Belgium, confirms: “Corporate culture is often seen as a ‘soft’ value, but at Mars we see it as a ‘core’ value. For us, inspiring culture is not a by-product; it is intentional and always connected to our Five Principles. There is a real ‘Mars way’ of doing business and a ‘Mars way’ of working collaboratively. This enables real motivation amongst employees that put heart and soul into the work they undertake daily.”

100% satisfaction when it comes to the unique conversation culture that ensures alignment and engagement
At Mars, openness, responsibility and mutuality are actively encouraged. Each month, the company organises a ‘Join the Conversation’. These are open meetings (townhall style) in the middle of the office where business update is presented and active conversation takes place amongst employees and managers. An internal communications survey in June 2013 revealed that an impressive 100% of employees feel that these sessions ensure that they are well informed and 84% of them state that the opportunity for feedback and questions is an indisputable added value.
Mars Belgium also motivates its employees by consciously celebrating both individual and shared successes and team achievements: 91% of employees endorse this and say that it is precisely these types of initiatives that ensure recognition and fulfilment.

Mars Belgium - an international talent pool thanks to its ongoing investment in people
Of all its employees, 94% feel that they are given a lot of responsibility and 86% of them are satisfied with the training programmes offered to them. One of the cornerstones of the HR policy of Mars is the ongoing investment in training and development. Each employee gets a Personal Development Plan (70/20/10): they learn 70% via daily practices, 20% via other people and peer-buddying and 10% via training programmes. Xavier De Buysscher, Plant Director of the Uncle Ben’s rice factory in Olen, explains: “At Mars there is a real, strong learning culture, not just via the Personal Development Plan and the formal training programmes given by the Mars University, but above all because we provide a framework in which it is possible to make mistakes as part of a learning and growth process. This context of constantly striving to improve also enhances entrepreneurship: taking initiatives and being able to make a difference, both individually as well as in a team. This provides a true sense of fulfilment.”
It will come therefore as no surprise to discover that Mars Belgium develops Talent who are then able to move on to international careers: the head office in Sint-Stevens-Woluwe is also home to three international hubs with an additional 74 staff with European and international functions. In 2013, four employees of the local Brussels unit continued their career paths in these international hubs.

92% of the employees are convinced of Mars’ contribution to society
Mars is committed to people, communities and planet. Mars creates for example not only a wide range of opportunities for its own employees, but is also involved in societal contribution via programmes such as the Mars Volunteer Programme and the Mars Ambassador Programme. On 18 October 2013, 70 employees from the head office in Sint-Stevens-Woluwe participated in a thorough cleaning up of the ‘De Bombazijnen’ , a park and former orchard in Zaventem as part of the Mars Volunteer Programme, the goal of which is to encourage employees worldwide to take part in volunteer work for a local organisation. Each employee may take up 2 working days’ for this initiative.

About Mars Belgium
Mars Belgium is part of Mars, Inc. - one of the fastest growing food companies in the world. Mars, Inc. employs 72,000 people worldwide in 73 different countries, spread over five continents. Mars Belgium operates in three market segments: Chocolate, Petcare and Food. The family owned company has a number of the world’s most favourite brands in its portfolio including chocolate products such as M&M’s®, Snickers®, Twix®, Mars®, Balisto® and Bounty®, Uncle Ben’s® rice, Pedigree®, Cesar® and Frolic® dog food and Whiskas® and Sheba® cat food. Mars Belgium employs 277 people and produced in 2013 a turnover of 287.5 million euros. Mars has two sites in Belgium: the headquarters in Sint-Stevens-Woluwe that is also home to the three international hubs where a further 74 people are employed, and the production unit for Uncle Ben’s rice in Olen. www.mars.be - www.hoveelzoetisgoed.be 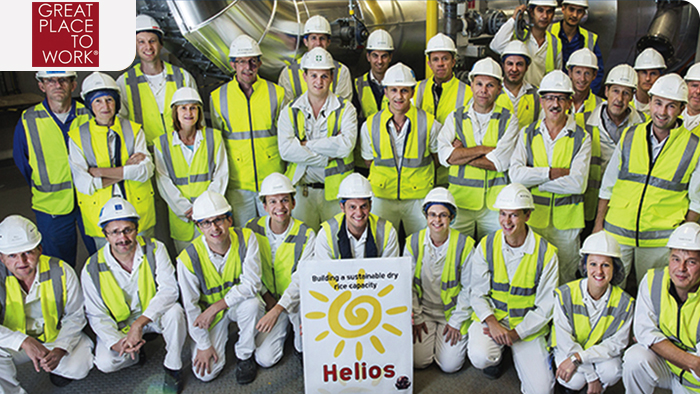