Meet Zuri the A Time for Giving Bear

A long-time tradition during A Time for Giving is the release of the ATFG Bear. This year it is especially exciting since Zurich is celebrating its 100th Anniversary of insuring America, and the ATFG bear is all dressed up for the occasion.

Zurich knows that this year’s bear will be a fitting ambassador to ATFG and its special year of celebrations. To help find a name of the bear, Zurich asked employees for name suggestions. They voted, and the winning name is Zuri!

Zurich has other fun activities planned for the 11th anniversary of A Time for Giving, which gives Zurich U.S. employees the chance to be the difference in countless ways by supporting Zurich’s six focus charities through payroll deduction, fund-raising activities and volunteering during the annual fall campaign. This year's campaign begins September 4th and runs through October 5th. 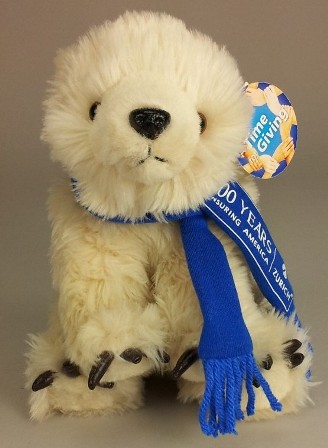 More from Zurich in North America