The Players Association, its longest tenured member, Alex Rodriguez and Major League Baseball are joining with New York State and Harlem RBI in a public-private partnership to create the Roberto Clemente Urban Youth Academy in the Bronx.

Together, the MLBPA and MLB are contributing $4 million from their joint Youth Development Foundation to the project announced Wednesday (July 20) in which the existing baseball and softball fields at Roberto Clemente State Park will be renovated and programs developed to provide world-class baseball opportunities for New York City kids.

The Roberto Clemente MLB Urban Youth Academy will serve as a central location for Reviving Baseball in Inner Cities (RBI) programs in the Bronx and Upper Manhattan. The facility will be administered and operated by Harlem RBI, which will supply all umpiring fees, basic baseball equipment and provide transportation options for teams to get to and from the state park.

Official baseball programming is expected to begin in spring 2017 with softball starting on a new multi-purpose field upon its completion in spring 2018.  Harlem RBI expects to immediately serve at least 1,500 youth at Roberto Clemente State Park, tripling the number of youth currently participating in the park’s baseball programs.

In addition to providing programs for kids starting as early as age 5, Harlem RBI will expand its capacity to provide a highly competitive baseball and softball program for elite players and teams. Along with high-level instruction and competitive play, Harlem RBI will also explore the option of hosting occasional baseball and softball tournaments and/or scouting combines for youth in and around New York City.

In addition to funding from the MLB-MLBPA Youth Development Foundation and New York State, Rodriguez, a longtime supporter of Harlem RBI and youth baseball programs across the country, is donating $750,000 to the effort and the new multi-purpose field will be named in his honor.

“I was one of you kids many years ago,” Rodriguez told the youth baseball and softball players. “I learned to play baseball on a community field just like this. It seems only right that all of you who live with Yankee Stadium as your neighbor would have a field of your own that you can be very proud of.” 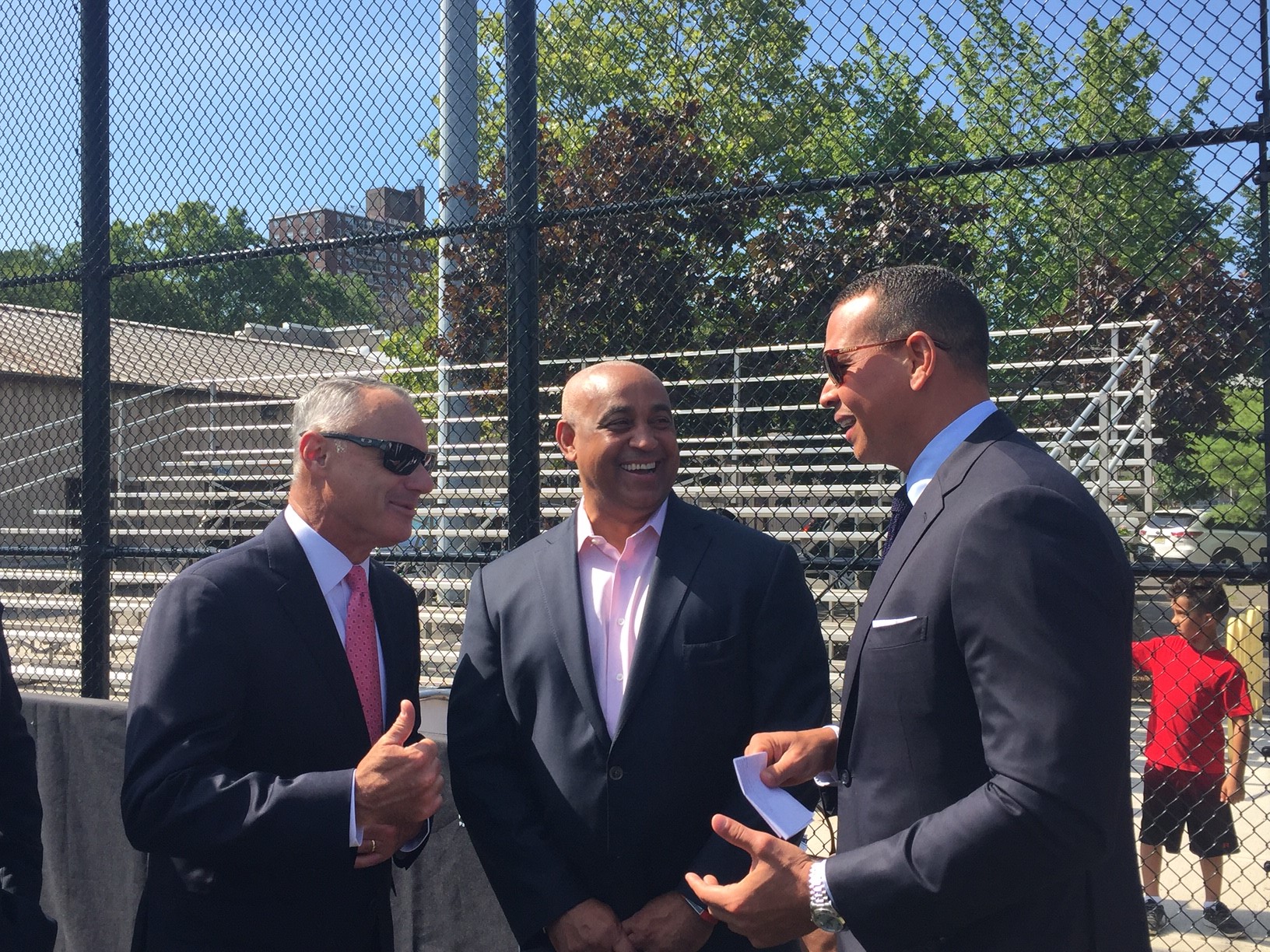