New Resource Bank Thrives By Returning to Its Values Mission

This piece originally appeared in Capital Institute's Field Guide to Investing in a Regenerative Economy.

​Vince Siciliano became CEO of New Resource Bank in 2009, charged by the bank’s board not only with turning around what was then a financially troubled bank under intense regulatory scrutiny, but also with recommitting it to the “green” mission upon which it was originally founded. In 2006, the bank had received a community bank charter from the state of California. During its first two years of de novo operation it had experienced serious “mission drift.”"There was this notion that we were a green bank but there was no concrete strategy to make this real in our lending and operational culture," Vince relates. “Instead during those early years it was all about growth metrics in comparison to a bank called Bridge Bank, which had set the metric for growth in California." ​

"Mission was important but not necessarily the primary driver for the loans we made," Vince reports, "growing the bank to scale was driving strategy more than mission.”​

By 2008, 88 percent of New Resource’s loans were in real estate with few classifiable as “green.”  A good portion of them was in danger of slipping into nonperformance in the wake of the financial crisis.  ​At the time Vince joined the bank, investors fell into two distinct categories. The original founders—among them Triodos Bank and RSF Social Finance—were advocates of “slow banking,” and were now eager to double down on the bank’s green mission.  However new “fast banking” investors had come on board in subsequent public capital markets raisings. They were looking for a quick flip, to cash out in five to seven years at several multiples of their original investment.  Having worked for over 35 years in community banking, Vince had witnessed first hand the damage that this “grow to sell” strategy had wrought on local economies. He also knew that the hypergrowth trajectory the bank’s “fast banking” investors were expecting was incompatible with a truly sustainable, holistic-value banking model.

“One of the first things Vince did when he came on board was to get really clear about our mission, vision and values,” Stephanie Meade, director of marketing and culture, relates.​

He also made a formal commitment to the mission when New Resource became a founding member of the Global Alliance for Banking on Values (GABV) in 2009, a membership organization of 28 banks globally who share the mission of values-aligned banking. The GABV network leverages $100 billion in combined assets and 20 million clients globally.

GABV banks follow the principles of sustainable banking, which include a commitment to the triple-bottom-line, banking in the real economy (versus financial economy), a client-centered approach, and  a focus on transparency and long-term resiliency. “The GABV is a key network and partner for us,” explains Vince Siciliano. “It is powerful to be part of a global movement for sustainable banking and together be setting a standard for how banking should be done.”

Vince also quickly moved to make the mission operational.  Loans were no longer made to businesses that did not fall into its mission-aligned target markets.  At the same time Vince started reaching out to shareholders, spelling out clearly the renewed and long-term commitment to the mission. Those that were already mission aligned were very supportive; those that were not have generally sold their shares over time.

The recession, as it turned out, offered up a silver lining to New Resource, as many “quick flip” bank investors divested across the board from the now-hobbled banking sector.  Even sustainably focused Generation Investment Management, which had purchased a ten percent ownership in New Resource in 2008, sold its stock as it became apparent that the bank was not going to produce an IRR sufficient to meet the fund’s investment targets. ​

“A number of shareholders self-selected out when it became clear that we were not going to be a quick growth and potential merger bank,” Stephanie reports. “We were consciously selective about reaching out to new potential shareholders who shared our values.” The bank’s share price dropped during the recession and then gradually recovered, but, in line with many community banks, it has never made a full recovery to pre-recession levels. It is currently trading at about book value.  Vince explains:

“We are an example of ‘true impact investing’; we want to be very clear with shareholders that we are a triple-bottom-line bank and help them understand and expect triple bottom line returns; namely, what is the impact we are having on building the new economy?

How are we advancing environmental protection and restoration? What is the impact on our communities and the issues they struggle with relative to access to healthcare, education, good jobs, etc.?”

A New Strategy for Investing in MissionUnder Vince’s leadership the bank and the board set about creating a formal strategy to align its lending strategy with its green banking mission.  Five general categories were targeted:Clean energy, including renewables and energy efficiency; green real estate; nonprofits with social and environmental impact charters; natural and organic products, as well as a more general catch-all category for sustainable companies.But often, beyond the above broadly targeted groups, more art than science was (and continues to be) applied to the client vetting process. “Most of the time ‘you know it when you see it’” says Vince, “But it is not only when the client is making something green or more efficient. It can be a drycleaner or a restaurant or a consulting firm that is operating from a heartfelt sustainable orientation. So we look at how they treat their employees, what do they do for the community, how do they source, what is their carbon footprint? If all those things are important to them and it is evident in the culture they build, that will be a mission fit for us.”On the other hand, Vince notes, a company that produces a “green” product is not automatically a 100-percent mission-aligned one.  “For example a company that runs around doing energy retrofits for large buildings or making organic cheese doesn’t necessarily have green in its DNA; it could just be a business for them.”   Still New Resource might consider doing business with them. “We would bank them with the encouragement that they move on to internalizing sustainability into their DNA,” Stephanie says. ​

“We don’t just want to preach to the choir and bank everyone like us, but also move our customers along that spectrum of sustainability.”

Principles of Exclusion
​The bank has recently adopted the following broad principles that guide its lending decisions:

The bank probably would not lend to an oil or gas company if the purpose of the loan were to facilitate or expand ongoing operations. However, Bill Peterson, New Resource’s chief credit officer reports the bank might consider financing the development of alternative fuels for that company.  “We run into these kinds of dilemmas from time to time,” he elaborates. “Do we support incremental change from within an industry/company that has previously been harmful or indifferent to the planet and/or communities?  How do we advocate/impact change if we can’t help them?

As a bank, we have decided that it is important to help drive sustainability to both early ‘learners’ as well as to sustainability ‘champions.’  We want to continue to help many different kinds of companies become thoughtful about their economic, social, and environmental impacts.”

The B Lab Quick Impact Assessment ​Vince says that while bank lending officers have become highly skilled at the initial customer vetting process and provide uniquely helpful business advice to young companies, they are often less comfortable playing the role of sustainability advisors to their customers. They are, however, able to help determine where opportunities to improve corporate sustainability exist and direct their customers to resources.  A new client survey is giving those lenders better tools to engage in conversations around sustainability practices with their clients. Beginning in 2016, the bank began transitioning from an in-house-designed “sustainability assessment” customer survey to B Lab’s “Quick Impact Assessment.”  “We did this for a couple of reasons,” Stephanie explains. “First, we feel it is beneficial for us to move toward more standardization in the field of impact measurement versus everyone using separate measurement systems.”  The B Lab survey allows clients who are already Certified B Corps or already using the B Lab as a self-assessment tool to transfer that assessment data to the bank rather than fill out a new survey. The tool also offers alternative questions tailored to a company’s size and sector and allows the company surveyed to see how it has scored on each question—whether above, average, or below average. Most importantly, it provides a dropdown menu with suggested best practices and exemplary case studies when a customer is scoring at a low level in a particular area, or wants to improve its score.  The company then has an opportunity to set goals for the year ahead. ​About 30 New Resource customers have completed the survey thus far, and it is being rolled out to all new and existing borrowers over the coming year.  “We hope to have a conversation with our clients once they take the survey to review the areas in which they are doing well and where they need improvement,” Stephanie reports. “We can then talk about how we can support them in setting targets or introduce them to resources to help in reaching them.”
---
The Impact Assessment will not only help New Resource measure the sustainability of its clients, but also the bank’s overall impact.
---
​“We want to be able to know that we are fulfilling our mission and to measure our impact.” New Resource Bank defined four areas over the past year that it believes are its primary impacts: environmental protection, health and wellness, education and community empowerment and sustainable commerce. Stephanie notes, “Through our new assessment, we would like to quantify our impact; for example, what percent of our customers work in underserved areas, or how much greenhouse gas are we avoiding by financing the clean energy clients that we do.” The Road to Mission-Aligned BankingVince names three fundamental prerequisites for banking success, based on his experience helping to steer New Resource onto a truly mission-aligned course. First, the mission must be embraced in an authentic way by leadership and ownership.  Second, the bank’s mission must be embedded into its corporate culture at every level.  Third, a clear strategy must be articulated to deploy the mission, with all the banks resources pressed into that service. Finally, he maintains,
---
"New Resource must avoid a narrow focus on financial performance with the goal of selling out at a high multiple to book. Rather, we should continue our goal of cultivating a deeply holistic-value banking practice while articulating to the rest of the world what the new economy of banking can look like.”
---
New Resource has enjoyed 15 consecutive quarters of profitability since it recommitted to its mission.  While currently 14 percent of the bank’s legacy loan portfolio is not mission-aligned, every new loan that has been extended since early 2009  has been.  Clearly the decision to invest in values-aligned businesses has been a profitable one for New Resource Bank and the communities and clients it serves.
Finance & Investment
New Resource Bank
Field Guide to Investing in a Regenerative Economy
Capital institute
Susan Arterian Change
Vincent Siciliano
regenerative economy
Global Alliance for Banking on Values
GABV 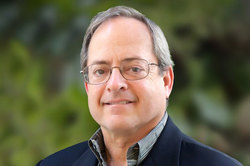 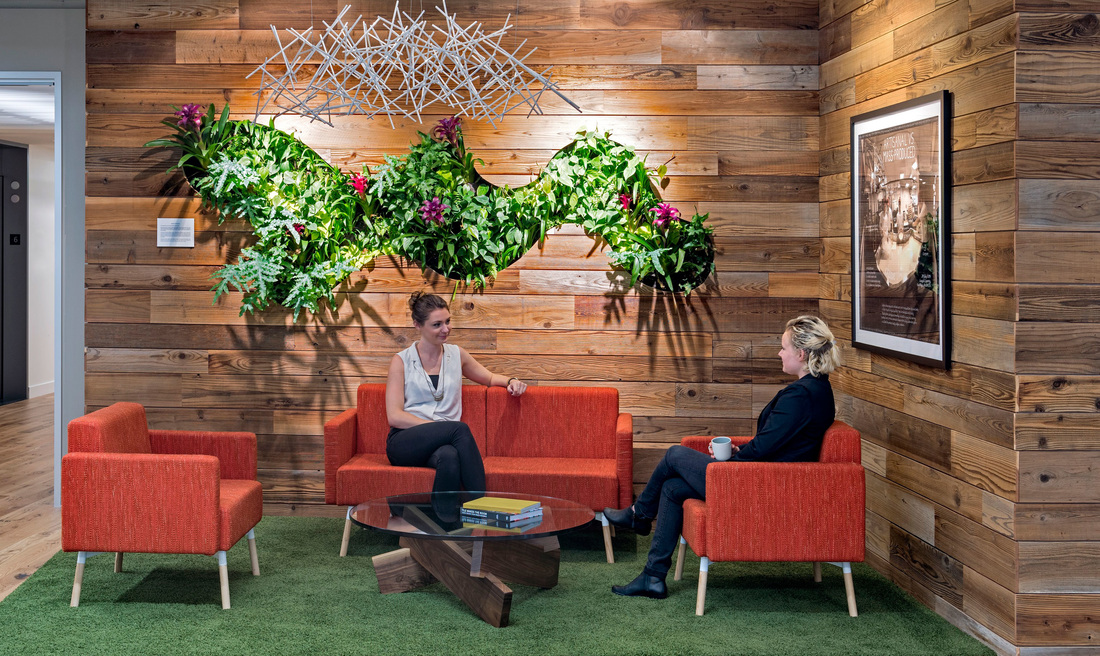 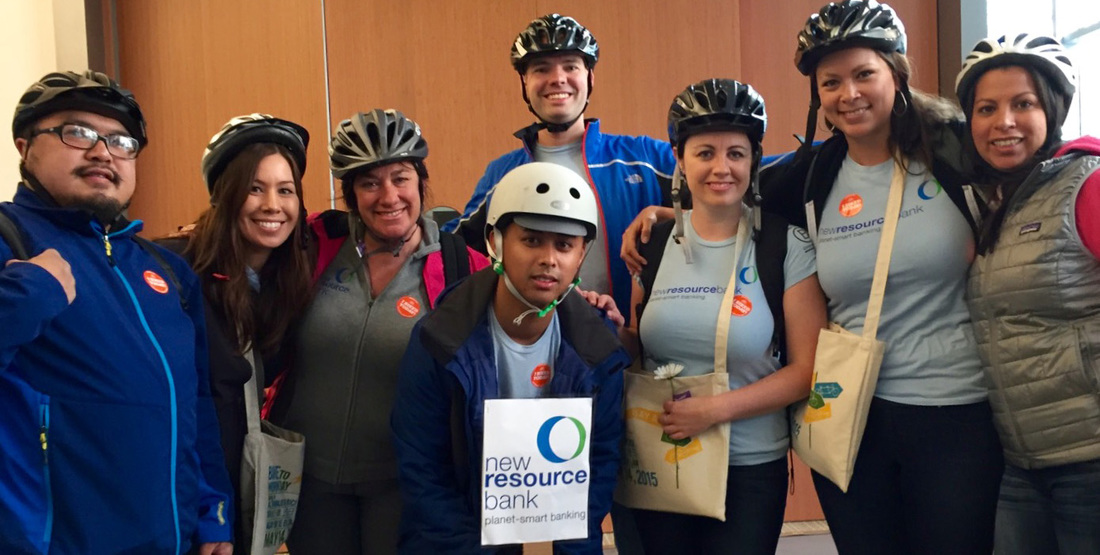 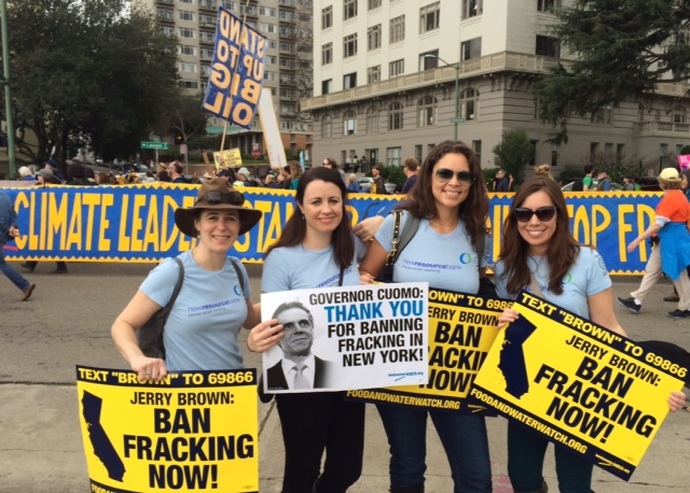