Norfolk Southern is an industry leader in exploring alternative energy sources to reduce locomotive emissions. During 2015, NS made research gains in the use of battery technology and compressed natural gas in its quest to conserve fuel, reduce fuel costs, and lower greenhouse gas emissions.

Since rolling out a prototype battery-powered switcher locomotive in 2009, NS has continued research into battery technologies as an alternative energy source. In 2015, the company made a strategic shift: Instead of focusing on using batteries for tractive power, NS is exploring use of batteries to run and charge locomotives’ critical electronic control systems. This would allow the locomotives to be shut down when not in use, thus reducing fuel burn and emissions from idling engines.

The company also continues to advance its knowledge of compressed natural gas technology as an alternative to diesel fuel to power locomotives. In 2015, employees at NS’ Juniata Locomotive Shop successfully modified a 1980s-model switcher locomotive engine to run entirely on CNG. The prototype is paired with a locomotive “slug” housing CNG cylinders that supply the equivalent of 1,000 gallons of diesel.

Learn more about how NS is working to lower fuel costs and reduce emissions here. 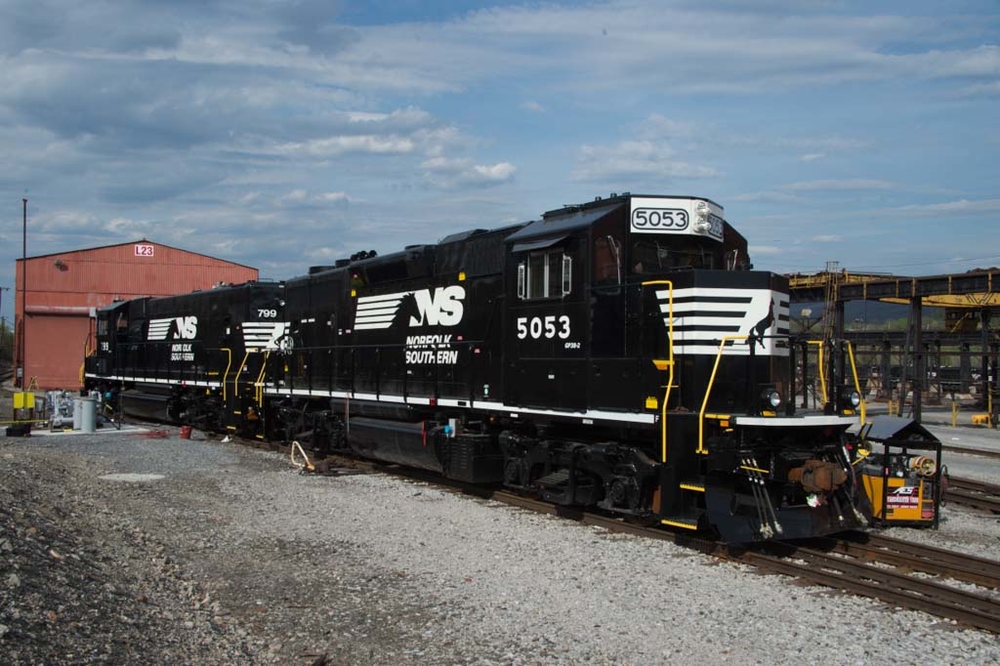