Report: What Science is Missing When Women are Missing

A new report features examples of novel approaches to supporting women’s career progression, especially in the early stages.  Titled From Ideas to Markets: the Gender Factor, it shows how gender can make research more meaningful and open up new markets for scientific knowledge. It was developed by Portia Ltd with funds from the Elsevier Foundation’s New Scholars program to support discussion at the2012 European Gender Summit, held at the European Parliament in Brussels. Based in the UK, Portia is a nonprofit organization that aims to help women and men have the same opportunities for engagement and advancement in science.

The report draws on the findings from a major European project on gender in science, genSET, led by Portia. A panel of 14 science leaders were asked to examine the available research evidence on common gender problems in science and produce a consensus report on the necessary actions that science institutions should take. (The report and the supporting evidence are available at genderinscience.org.)

Dr. Elizabeth Pollitzer is Managing Director and a founding member of Portia Ltd.  She is also the recipient of a three-year grant from the New Scholars program to develop a scenario-based career development support tool for use in science institutions, enabling early-career women scientists to make better, more informed career decisions and create the career path that is best for them. The results of the initial pilot phase will be reported soon.

Here, Dr. Pollitzer writes about the findings in this report, shedding new light on the role of gender in science.

Women’s history in science is a story of dogged determination to be recognized as equals of men, and treated as such. Today, many of the barriers that stood in the way of women’s progress in science have disappeared. We understand much better the nature of these barriers and how to deal with them, such as the lack of transparency in institutional practices, the implicit gender stereotypes both in society and in research cultures that favor men when appointments are made, and women’s greater family commitments, which can have significant impact at the critical, early career stage.

The consequences of science where men traditionally have been in a majority has been an acceptance of  “male” as the norm, and the belief that science is gender neutral, i.e., that the paucity of women in research, as experimenters and as subjects, did not matter.

Now we know that it does matter because a science knowledge base that has much more evidence for men than for women (with the exception of some cases, such as breast cancer where reverse is the case) propagates research that produces different outcomes for women and men.

While historically, gender bias in research mostly disadvantaged women, and sometimes also affected men, new research increasingly reports cases where important biological and psychosocial differences have been shown to influence outcomes for both women and men. The exclusion of women in past toxicology research, for example, has created flaws in our understanding of the adverse health effects due to exposure to toxic metals, especially arsenic, cadmium, mercury and lead, which constitute serious public health problems worldwide and affect women and men in significantly different ways.

Sometimes, the found differences surprise researchers, as when stem cells taken from the muscle of a female rat have shown to posses better regenerative properties than the cells taken from a male rat, regardless of the sex of the tissue of the host. The same researchers were unaware that the stem cells they have been using for a number of years were only female, and were even more surprised to find that many studies consulted have not recorded cell sex at all.

Paying attention to the gender dimension can lead to important discoveries. It has been demonstrated, for example, that the metabolic profiles of women and men are significantly different at molecular level. A new hypothesis is needed to explain sexual dimorphism occurring at the level of biochemical mechanisms that maintain cell’s homeostasis, which cannot be explained by the hormonal hypothesis. Understanding this will have important consequences for diagnostic and therapeutic approaches, such as the use of biomarkers in diseases, for example, diabetes and Alzheimer’s, and in aging.

The new perspectives emerging from the gender in scienceproject create opportunities to be specific about what it means for science to be “gender neutral,” that is, to show that the study design has taken into account the needs of both women and men as equally important. The benefits are considerable, not only for the quality and outcomes of research, but also for new opportunities to apply research findings to create new markets for science knowledge.

For example, when voice recognition products were first introduced to the market, they generally worked better for men than for women, and still do. These technologies could be made better if the voice recognition algorithms were more sensitive to the frequency of female voice, which is different to the men’s.

The safety of cars, which are tested using crash dummies based on the male body, could be improved for women, who are not scaled down versions of men, they have, for instance, less muscle tissue around the neck and upper torso than men and hence suffer considerably greater risk of whiplash injury in a car crash than men do, almost five times as big. Women also get pregnant but designers of car seatbelts seem to be unaware that in this state the traditional seatbelt is a hindrance, and poses a risk to the baby.

The lack of data on women in toxicology models means potentially greater risk that a drug will be more dangerous to women than to men, and that the goals of personal medicine cannot be achieved.

Such examples of things made for men but used by women abound. As our understanding grows and research accumulates showing when, how and why biological and social differences between females and males matter, it will not only produce better science but also innovation and markets for science knowledge. A range of such possibilities, where research ideas create a rich ground for market ideas, has been presented for the first time in the report “From Ideas to Markets: the Gender Factor.

The Gender Summit was established by Portia as part of the genSET project in 2011 to create a high-level platform for dialogue between research leaders, policy makers and gender scholars on gender issues in science and how new research evidence relates to policy concerns and solutions to common gender problems. The aim is to assess the relevance of the findings and develop consensus on what actions are needed to ensure excellence in research and in innovation, and in institutional practices.

The report “From Ideas to Markets: the Gender Factor” includes examples of where research ideas can lead to important benefits for society. For example, understanding the biochemical pathways involved in maize sex differentiation can open up new approaches to improving hybrid maize seed production, with important consequences for the developed and developing world. A comparison of how women and men use language has identified differences that could help develop machine translation tools, and make the job of human translators easier.

As society faces the grand challenges of the 21st century — ensuring healthy living for all, adapting to demographic changes, coping with aging, looking for solutions to climate change and environmental sustainability — it looks to science to provide the answers. To find the right answers, science needs to deploy all the best talent it can. Until now, its success rate in attracting and retaining women has not been very good. By displaying greater sensitivity to the needs of women, science may become more relevant to them, and more attractive as a destination for a career. 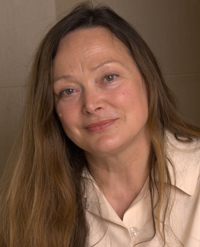