With an output of 42.7 million tons, Germany was the largest producer of raw steel in the European Union in 2015. That makes the German steel industry an important economic factor, but it is also responsible for a significant amount of pollution. In fact, the industry accounted for 6.4 percent of Germany’s total carbon dioxide (CO2) emissions in 2014.

Low-CO2 Future
The problem with reducing steel industry CO2 emissions, however, is that today’s production facilities can hardly be optimized any further. So what does the environmentally friendly, low-CO2 steel plant of the future look like? Siemens and various partner companies in the energy, chemical and steel industries are addressing this question in a joint project known as Carbon2Chem. This project, which is supported by a EUR 50 million grant from the German Federal Ministry of Education and Research, was officially launched in late June.

Climate-damaging smelting gases, such as carbon monoxide, hydrogen and methane, are produced in many parts of a steel mill. After steel production, these gases are burned in power plants to generate electricity. But the catch is that this process also generates CO2 emissions. Moreover, when excess wind and solar power are produced, it is not possible to sell the resulting electricity to the grid. The approach being pursued by the Carbon2Chem project partners is therefore not to incinerate the smelting gases, but to convert them into in reusable materials for the chemical industry.

In addition to Siemens, chemical companies such as Covestro, Evonik and Linde, with their extensive expertise, are also working on the project. Together, they are seeking to harness the simple principle of electrolysis, i.e., splitting water into hydrogen and oxygen with the help of energysolar and wind power to produce chemicals such as methanol and other alcohols and polymers from hydrogen and smelting gases, so that steel mills that release practically no emissions can become a reality in the future.

Business Potential for Siemens Electrolyzers?
Siemens is playing an analytical role in this joint project and evaluating, together with partners, the overall energy-to-materials process chain in order to demonstrate its technical and economic feasibility. It is important to find out how a plant network consisting of electrolyzers, chemical plants, and steel mills would need to be configured in order to be economical for its operator.

This knowledge is particularly important to Siemens because it will make it possible to evaluate the business potential of its own electrolyzers. That’s because Siemens is one of the leaders in hydrogen electrolysis; it has operated an electrolysis plant in Mainz as a showcase project since the summer of 2015. With a power consumption of up to six megawatts, it is the world’s biggest electrolysis plant.

Advantage: Expertise from the Chemical Industry
In the context of the project, Corporate Technology – Siemens’ global research organization – is working closely with the company’s Hydrogen Solutions business segment. Carbon2Chem offers an opportunity to tap the expertise of chemical industry partners to generate new business opportunities for Siemens. In the case of steel production, Carbon2Chem could make a major contribution to worldwide decarbonization. If the CO2 emissions of steel mills could be lowered to almost zero thanks to electrolysis, CO2 emissions could be reduced by up to 50 million tons per year. This is still theoretical, but the first steps toward practical use have already been made. 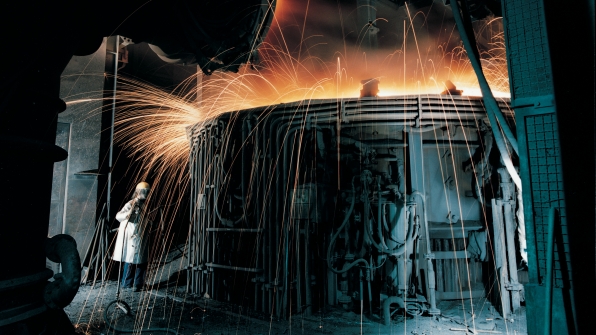 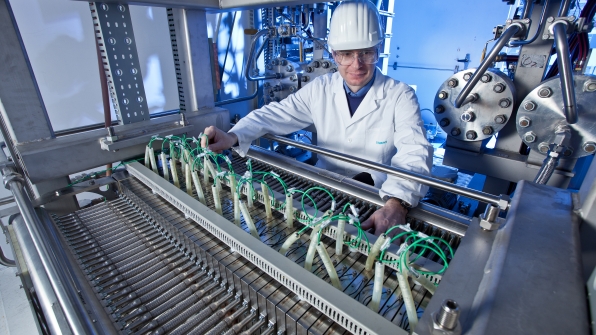