In the light of International Women's Day, it is once again time to examine how gender equality has evolved in the past year. As a means to fight gender inequality and narrow the persistent gap, GRI helps businesses understand their impacts and take action to empower women in the workplace.

The past year has been full of big surprises, and not all of them good ones – especially for women. For example, political decisions to cut development aid or denying it from certain organizations is hitting hardest on women in developing countries. The 2016 Global Gender Gap Report also shows worrying signs, measuring progress in political empowerment, health and survival, educational attainment and economic opportunity. According to the study, at the current rate of change, the gap will not be closed for another 170 years. ​

Although worrisome, these statistics are important in helping us understand that more work is needed. The role of businesses is crucial in achieving equality. With effective sustainability reporting, companies can create greater awareness and commitment to gender-related issues, ensure accurate management policies and processes to prevent gender discrimination, and increase global comparability and quality of data. In order to drive change, companies need to identify their impacts and measure the relevant data, and use this information as a basis for action.

Reinforcing the link of reporting and sustainable development, GRI and the United Nations Global Compact have launched a multi-stakeholder Action Platform to help businesses report on their progress on the UN Sustainable Development Goals (SDGs). Building on the GRI Standards, the framework most widely adopted by businesses to report on sustainability impacts, and on the UN Global Compact Ten Principles, the groundbraking initiative aims at producing a list of disclosures for businesses to measure business impact towards achieving the goals, gender equality included. “GRI and the UN Global Compact are united by our conviction that business action will determine the success of the ambitious 2030 Sustainable Development Agenda, and the achievement of the SDGs,” says GRI’s Deputy Chief Executive Teresa Fogelberg.

“Closing the gender gap requires closing the data gap,” argued Melinda Gates, of the Gates Foundation, in an article published last year. According to Gates, data “will help save, protect, and transform the lives of millions of women and girls all around the world.” This is also echoed by the UN Women, which recently launched an initiative aiming to effect a radical shift in the availability, accessibility and use of quality data and statistics on gender equality and women’s empowerment.

In the past few years GRI has further invested in creating workshops and tools that introduce gender reporting to organizations in developing countries and emerging markets. For example, the gender-themed capacity building workshops organized in 2016 aimed at providing practical guidance for companies working to ramp up and manage their approach to gender equality by using GRI Standards.

In addition to helping companies understand their own impacts, GRI also empowers data users. “Corporate data on gender is valuable to many different groups of readers and users, especially in the developing country and emerging market context, where sustainability impacts are often hardest hitting and of the greatest urgency,” says Alyson Slater, Director, Knowledge Unit at GRI.

In Europe, the efforts to overthrow gender inequality is reflected in recent regulatory developments. The EU Directive on non-financial and diversity disclosure touches upon gender equality within company boards, and as of April 2017, the UK requires gender pay gap reporting from organizations employing more than 250 people. The UK equalities minister Caroline Dinenage stated in a BBC article early this year that “shining a light on the gaps is absolutely key to achieving equality in the workplace”.

The results of the around 8,000 British companies affected will be publicly available on the employers’ website as well as a government website, bringing the data within reach for consumers, employees and potential future recruits. With greater transparency, the likelihood of action to bring the 15 per cent pay gap in the UK down will improve significantly.

For companies, there are many benefits of measuring and promoting gender equality. Publicly reporting on progress towards gender equality can enhance an organization’s reputation, minimize legal risks and help attract the best employees. Only by using data can companies identify their gaps, and make an impact towards leveraging numerous benefits of gender diversity. 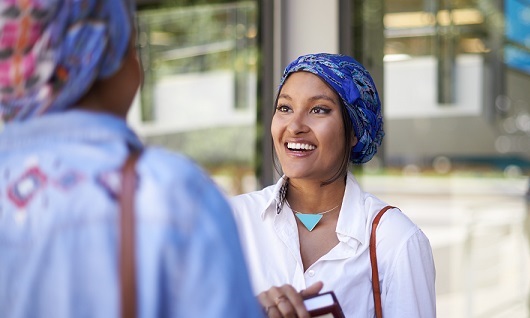