Taming in the Wind: An Interview with the Head of Aerodynamics Mercedes-Benz

Yes, definitely. I still have an incredible amount of fun with it. It all started back in school when we made woodenmodels in art class. I experimented with a small wind tunnel and woolen threads. Then at college I developed lightweight solar and electric vehicles, which had to be aerodynamically optimized, of course. Later I was responsible for Aerodynamics at smart. After that I managed the advanced engineering of an extremely fuel-efficient vehicle before taking over as Head of Aerodynamics at Mercedes-Benz.

These days everyone is using wind tunnels to reduce the drag coefficient (Cd). Doesn’t that make all cars look similar?

That does in fact tend to be the case now with regard to basic vehicle proportions. But that has less to do with wind tunnels than with the fact that certain types of designs have always been dominant in certain eras. My parents had an Alfa Romeo Giulia Super back in the 1970s. That car was tall and sharply edged like a shoebox — probably also because it was never tested in a wind tunnel when it was being developed. However, all cars looked like that back then; it was the style of the times, so to speak. Today, designers use more organic and flowing shapes, which of course suits us aerodynamics engineers.

Does that mean it’s easier for you and designers to agree on vehicle shapes?

We consult with each other constantly. There are always certain things that work well with an aerodynamic shape, while others are more difficult to integrate. In the end, however, there’s more leeway in design than people generally think. For example, you can achieve the same Cd value using completely different shapes. If you compare the E-Class coupe from 2009 with the current B-Class, you’ll see that they’re two entirely different vehicles, but they both have a Cd value of 0.24. That was — and still is — the best Cd value in both vehicle segments.

When did the Cd value start playing such an important role?

It started with the first oil crisis in the 1970s. After oil prices rose dramatically, automakers were forced to think of ways to lower fuel consumption. Cd values between 0.4 and 0.5 were the norm at that time, so aerodynamic optimizations offered an important way to improve fuel economy.

Developments today are largely driven by the strict limits on CO2 emissions. In Europe we have a target value for our passenger car fleet of just 100 grams per kilometer in 2021. Improving aerodynamic properties is a good approach because it’s more cost-effective than most other methods. In fact, designing an aerodynamically optimized basic shape initially costs nothing. It’s the additional measures that run up the costs.

What types of measures are you referring to?

Things like an adjustable radiator shutter that only opens when a high level of cooling is needed, or an automatic chassis-lowering device that reduces air resistance at high speeds. However, the cost of such measures is still relatively low when you compare it to the cost of lightweight design or engine technology improvements that are used to achieve similar efficiency gains.

The Mercedes-Benz CLA in the BlueEfficiency Edition has a Cd value of 0.22, which is the lowest Cd value for any production vehicle. How do you plan to break this record?

These days, we do in fact measure our progress at the third digit after the decimal point. If we lower the Cd value from 0.260 to 0.259, then we’ve achieved a reduction of one-thousandth, and that’s our bread and butter today.

We’ve more or less done everything possible in terms of basic vehicle shapes; there are simply limits to what we can do here. For example, you can’t just keep making the rear track smaller because this will reduce trunk space and seating comfort in the rear, and it will also have a negative effect on handling and the vehicle’s appearance. We’re therefore looking in a completely different direction. For example, adaptive — that is movable — aerodynamic elements will play a greater role in the future.

Will good aerodynamics help you in testing procedures such as the upcoming WLTP testing program?

Definitely. During such driving cycles on roller dynanometers, a resistance is set that corresponds to the vehicle’s air resistance and varies with speed. Aerodynamics plays only a subordinate role in today’s NEDC1 because the average speed during the test is only 33.6 km/h — and effective aerodynamics for reducing fuel consumption really pays off at high speeds because air resistance increases proportionally with the square of the speed. The new globally valid test cycle takes this more extensively into account because the average speed in the WLTP2 is about 46 km/h, which is closer to reality. Still, everyone knows that average speeds are often even higher than that. For example, frequent highway driving can easily lead to average speeds of 80–90 km/h, and good aerodynamics can have a very positive effect here.

What role does aerodynamics play in electric vehicles?

It’s even more important. I need to explain something here first: Hybrids and electric vehicles have a battery that is recharged when the car brakes. A lot of energy canbe recovered and stored in electric vehicles because their batteries are very big and their electric motors are very powerful. In addition, such motors can brake a car so well that the mechanical brake doesn’t even have to be used in normal driving. In other words, as long as you don’t have to brake in an emergency, all the braking will be done via the electric motor ... which will generate new energy in the process.

Exactly. You can recover up to 80 percent of the energy. This also means that the weight of an electric vehicle is much less important because the energy you need to move the entire mass of the vehicle isn’t lost. However, rolling resistance and, above all, air resistance become more of an issue. In addition, the energy content of a very large battery corresponds to a maximum of ten liters of fuel, which is fine for driving around a city. However, range becomes a problem on longer trips, when you usually drive faster as well — and aerodynamics is therefore extremely important for increasing the range of electric vehicles.

Is the electric car the car of the future?

There’s no doubt that we’re going to have a renewable energy supply system over the long term, which makes electric mobility a logical choice for the future. It might also become a reality more quickly than many believe at the moment. I think we’re going to see some astonishing technological leaps over the next few years — for example with battery technology. However, as long as we continue to produce our electricity from coal or other non-renewable resources, we will not really gain anything in terms of the overall energy balance with an electric vehicle as compared to a car with a combustion engine team.

You’ve also made some great leaps with your team. What are you most proud of here?

We made a quantum leap in the compact class, where we were able to dramatically reduce the air resistance of the front wheel arch — among other ways through the use of special spoilers that aerodynamically cover the wheel arch. All in all, we have reduced the Cd value of the B-Class from 0.3 in the old series to 0.24 in the current model, which is an impressive improvement of 20 percent in just one vehicle generation. With the Concept IAA3, we turned a “Beauty” into an “Aero-Beauty” that features numerous active elements and has a Cd value of 0.19. The concept car has an extensible rear section, for example. We weren’t really focusing here on things that could be directly implemented in a production model. Instead, we wanted to show what will become possible when the next generation of creative engineers takes over in the future. When I look at my children, I see how dynamic the generation that’s now growing up is, and when they really get going in a few years — WOW!

Mr. Woll, thank you for the interview.

3. A concept car for a four-door sedan that was presented at the IAA 2015 in Frankfurt. Here, IAA stands for Intelligent Aerodynamic Automobile. 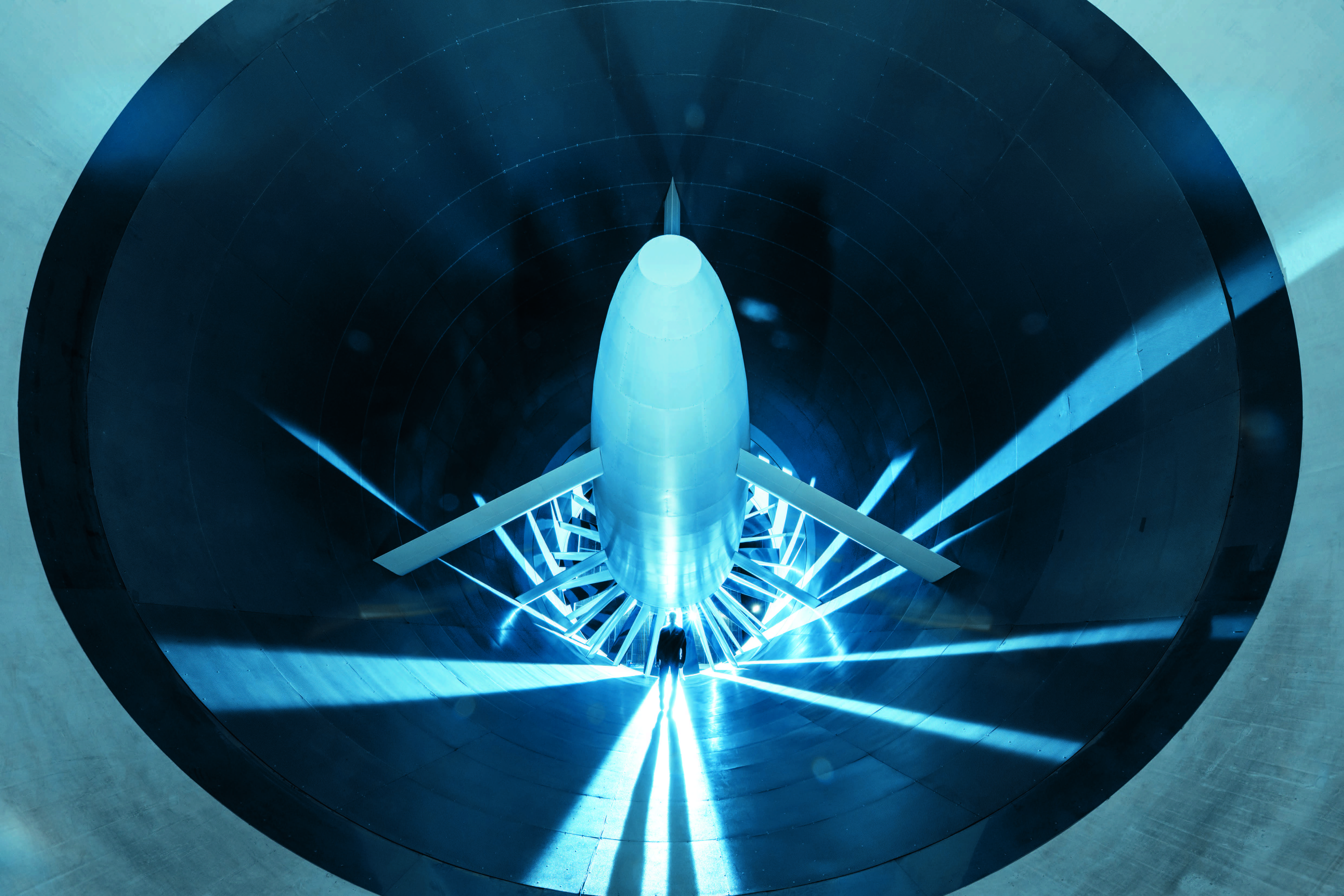 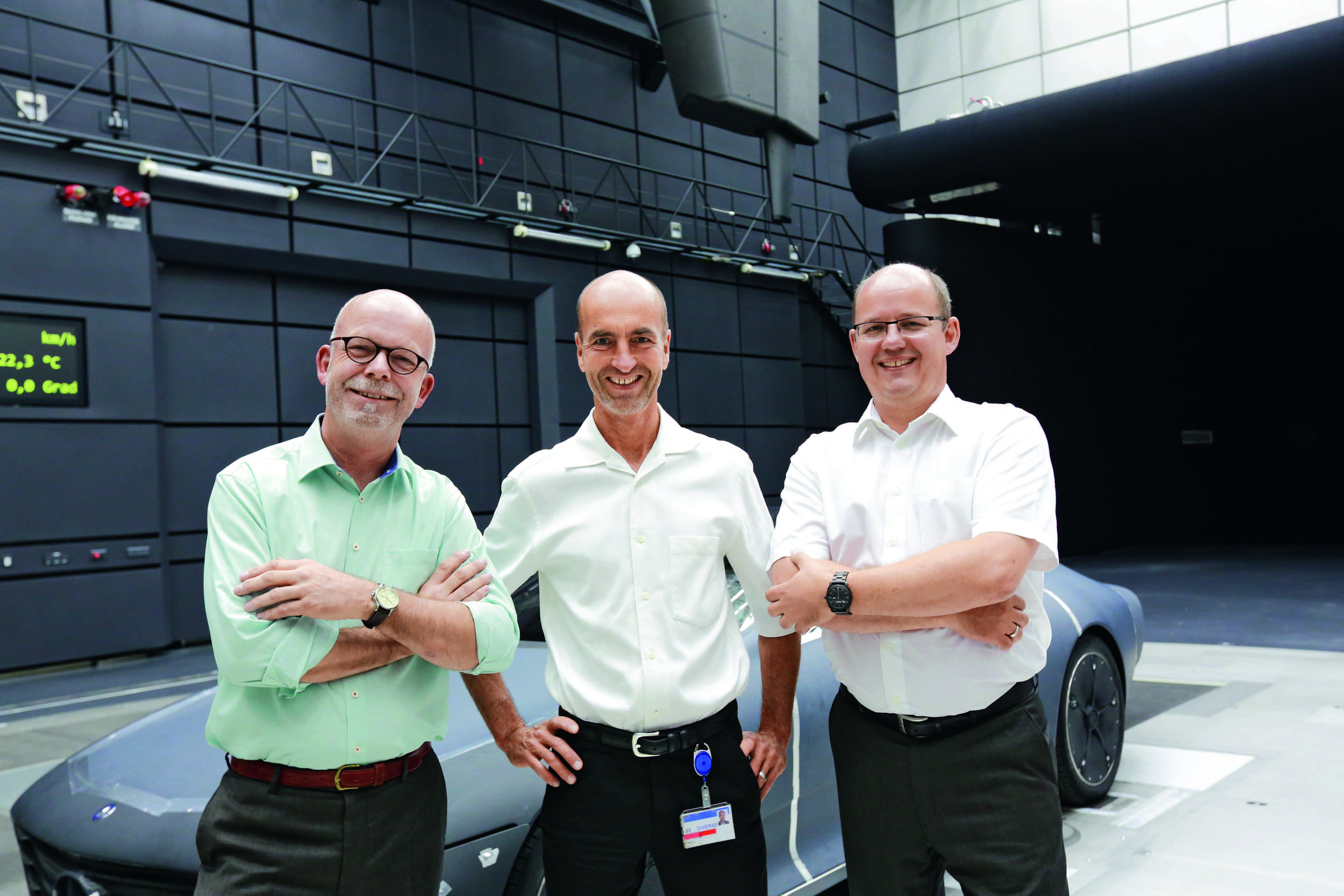