Mar 22, 2017 9:00 AM ET
Tweet This:
Governments and municipalities believe strongly in the #smartcity model, but still struggle to fund efforts http://bit.ly/2njVQGo
Article
The Value of Smart City Initiatives Offer New Twist on Old Question of Affordability

Black & Veatch’s 2017 Strategic Directions: Smart City/Smart Utility Report reinforces lessons learned in the past year—although governments and municipalities believe strongly in the smart city model, they continue to struggle to fund these efforts. According to survey data, only 16 percent of municipalities can self-fund a smart city initiative, a little over a third cannot.

Municipalities face a grim reality when it comes to funding smart initiatives through traditional routes. Relatively weak local economies, little to no appetite for raising additional revenue for smart city activities and a skeptical understanding of how these initiatives add value hinder buy-in.

However, at this point, the advantages of the smart city evolution are extensive, and municipal leaders need to embrace all viable opportunities to generate funding, even those that are non- traditional and “outside the box.” Municipalities and smart service providers strongly believe that financing through public-private partnerships will bring smart cities to life. Three-quarters of survey respondents consider them to be the most effective financing model for smart city initiatives.

Perhaps most surprising is that only 18 percent of respondents believe advertising revenue could be used to successfully generate municipal dollars. Some cities may have ordinances and policies in place that ban this type of advertising or respondents may not fully understand how advertising can generate a realistic new revenue stream. For example, a system of ad-supported kiosks could fund an entire capital project.

Last year, Kansas City, Missouri, began experimenting with smart technologies by installing a system of 25 interactive outdoor kiosks along the downtown streetcar route. Designed to display advertising, the kiosks are meant to provide new funding for the city’s Visit KC economic development initiative and the Kansas City Streetcar Authority. The city is also pursuing applications such as smart parking and smart streetlights that can bear immediate returns.

What else can cities do? 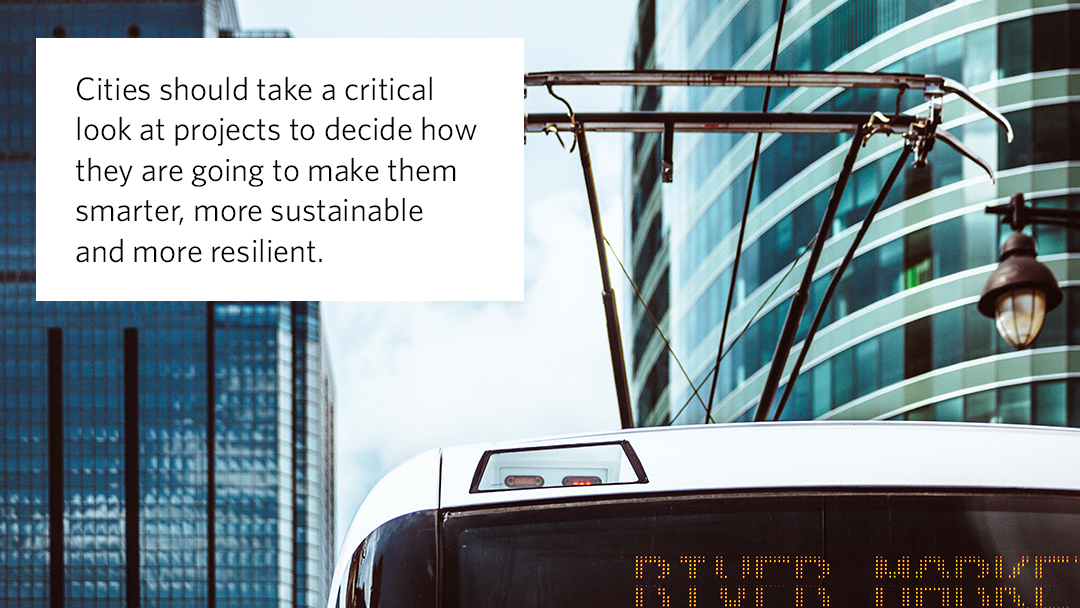