“They Needed to Feel Loved”: How One Nurse Revolutionized Patient Care During the AIDS Crisis

By Cliff Morrison, as told to Brooke Porter Katz
Jun 13, 2019 8:35 AM ET
Tweet This:
“They Needed to Feel Loved”: How One Nurse Revolutionized Patient Care During the AIDS Crisis http://bit.ly/2MJnATc @JNJNews
Article

In the early 1980s, Cliff Morrison did what no other San Francisco General Hospital staff member had the guts to do: come up with a humane way to treat and care for AIDS patients. We sat down with him to learn more about the life-changing initiative—and how the legacy of Ward 5B lives on.

It seems like such a simple thing, but for San Francisco General Hospital nurses and doctors in the early 1980s, putting their hands on patients suffering from what was known at the time as “gay cancer” was unthinkable.

In 1983, the then 31-year-old opened Ward 5B, the first dedicated AIDS unit in the country—one that emphasized treating patients with care and compassion at a time when little was known about how the disease was transmitted. “I’m proud that we took AIDS out of the shadows and made it human,” Morrison says.

The unit is the subject of the upcoming documentary 5B, which was commissioned by Johnson & Johnson as part of the company’s long-standing commitment to helping in the global fight against HIV and supporting nurses at the front lines of care.

"At Johnson & Johnson we are committed to advocating for nurses and those on the front lines of care who truly make a difference in changing human health,” says Sarah Colamarino, Vice President, Corporate Equity, Johnson & Johnson. “5B bears witness to their stories of courage, of innovation and of a tireless motivation to find a positive outcome in even the most dire situation. We are committed to creating content that advocates for healthcare workers who support the most vulnerable.”

Ahead of the June 14 nationwide release of the film, which was acquired and distributed by Verizon Media, Morrison, now 68, shares how working at San Francisco General during the early years of the AIDS crisis changed the way he thinks about caregiving—and life.

Beating the Odds to Become a Nurse
"You can't get more rural or isolated than the city of Live Oak, Florida, where I grew up. We didn’t have a television or phone, and I worked in the fields because everyone had to contribute to bringing money home. No one in my family had graduated from high school or gone to college.

When I was 12, I got a job mopping floors and taking out the trash at a local hospital. A year later I asked if I could take care of patients, and I became an orderly, a position I held through high school. I was then able to get a partial scholarship to an associate nursing program in Jacksonville, while working full time as an ER technician in the university hospital’s emergency room.

I never set out to be a nurse, but after a few years, I realized I really liked it—it’s where I felt the most comfortable. I had always been told that I was a caring person, so it made sense that I gravitated toward the profession. I went on to get a bachelor’s degree in nursing, a dual master’s in public health and healthcare management, and another master’s in nursing and adult education. My first salary as a registered nurse in 1971 was $10,000 per year—the most anyone in my family had ever made.

Then, in 1979, I landed at San Francisco General Hospital.

Coming Face-to-Face With a Crisis
The first person I knew with AIDS was my roommate. He had been very ill for a few days, and I came home from work one evening to find him on the floor in our hallway, delirious. We had been talking a lot about the disease because it was just starting to make headlines—and I had a feeling that's what he had.​

I took him to a hospital where a doctor was helping uninsured patients, and he was immediately isolated. The nurses wanted me to put on protective equipment, but I refused. I’d already been nursing him for three days back home, so I figured that whatever he’s got, I probably have. I didn’t want to wear a spacesuit to take care of my friend.

It was right around this time that the first cases of AIDS started appearing at San Francisco General, where I was working. The nurses and doctors had never seen anything like it.

I had recently completed a training with the Shanti Project, a local organization that cares for those with terminal illness, and participated in their new volunteer program to handle the growing number of sick people in the community. Because of this, the director of nursing asked me to consult in the ICU at San Francisco General.

The nurses and doctors told me I was cavalier for not wearing protective gear. I told them that if it spread casually, then I’ve already got it, since I'd worked with people who had AIDS during my training with Shanti. I felt that we had enough information about the disease to know I was safe, but I still wasn’t totally sure.

By the end of 1981, almost each of our five ICUs was filled with AIDS patients.

Everything really began to fall apart when the patients overflowed out of the ICU and onto the medical and surgical floors. They were put in isolation, with signs on the doors that said ‘Do Not Enter.’ Their food trays were piling up, and beds weren’t being changed because the staff was afraid to go in the rooms.

The director of nursing and I knew we needed to do something. A number of people had already suggested creating units, or a whole wing, to get AIDS patients away from everyone else out of fear and overreaction. I wanted to pilot a small unit—but for the right reasons.

When I was coming up with the plan, I put AIDS patients in wheelchairs, took them to the empty unit and said, 'Tell me what you want as a human being; tell me what we should be doing.' The first thing I heard was: 'I want to feel like I’m being treated like a person.' They said, 'I want people who are not afraid of me. I want people to touch me. I want to know that I’m going to be cleaned up every day.' They were talking about being treated with dignity and compassion.

I realized that we were going to need significant support from the community, so I contacted the Shanti Project to help provide counselors. Then, I slowly found nurses who were interested. There were not a lot of them, but those I hired were like me—headstrong and passionate.

Creating a Revolutionary Kind of HIV Care
Ward 5B opened in July 1983. AIDS was in the news every day and people were getting more and more hysterical.​

It was one of the first units in the country that allowed people to visit at just about any time. We also redefined the term 'family' by letting patients designate partners or friends as family members. The focus on touch also set us apart: We knew by now that AIDS was not transmitted casually. I had no qualms about climbing onto the bed with my patients to hold them—that had never been done before. As a nurse, you might touch someone’s hand, but you would never take them in your arms.

We also included patients in their own care. These were young people who were often well-educated, and they didn’t want to be talked at. If they were able to participate, we included them in meetings with their doctor and nurses.

We had three nurses who developed AIDS outside of work and died on the unit. And I personally took care of one of my best friends. I remember spending the whole day bathing and massaging him because he knew he was dying. We were laughing, crying and talking about old times.

But there were happy times, too. Local entertainers performed, and the community showered us with everything, donating toiletries, pajamas and even a beautiful piano and big-screen television.

People have asked me how I, as a nurse, was able to put it all together, but the bottom line is that everybody was afraid. They let me do it because they didn’t want to—and didn't know what to do. They feared anything they did would cause backlash.

The experience changed my whole life, professionally and personally. Our approach to care in 5B became known as the San Francisco model, and after I left in 1986, I helped set it up in hospitals around the country and did some public speaking. Ward 5B closed in 2006, and I continued officially doing AIDS work until around 2007. While I remain an outspoken advocate to this day, I needed to move on and try other things, for my own well-being, emotionally and financially, now that I knew I might live to retirement.

For example, I have dealt with survivor's guilt on and off through the years, and still suffer from PTSD. I don’t have any peers because they all died. Today, the majority of my friends are 20 years younger than me. But I have absolutely no regrets—I would do it all again.

I was a gay man, but I was a nurse first. As I said to my roommate at the time, one of the reasons I had to do something was because I knew I was going to have people all around me getting sick and dying—and it could be me, as well. I had to know there was something in place so people could be treated with compassion and dignity, and receive the care they needed."

Want to learn more about 5B, and meet other heroic nurses who worked there?Watch the movie's trailer below, and find showings near you: 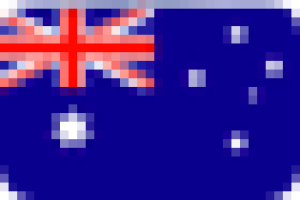 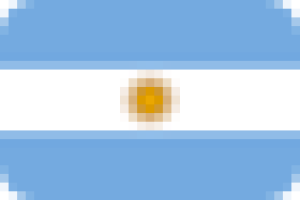 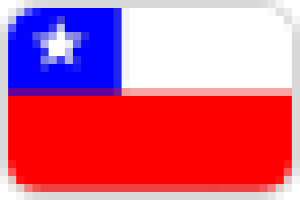 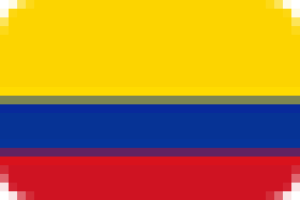 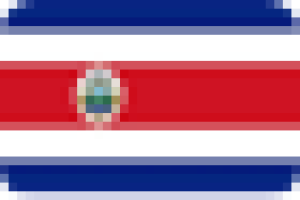 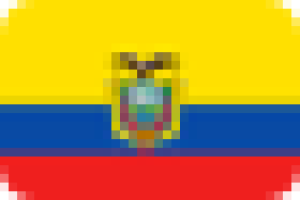 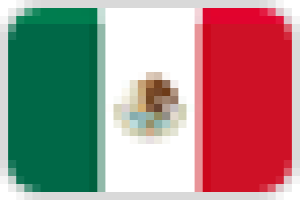 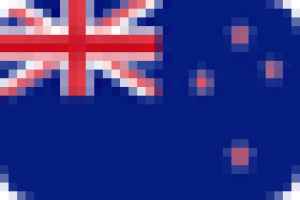 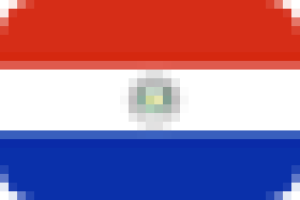 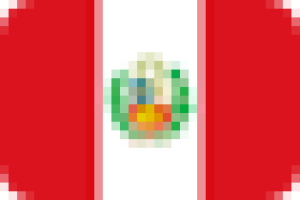 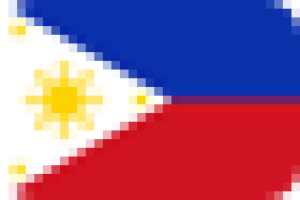 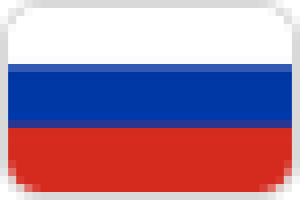 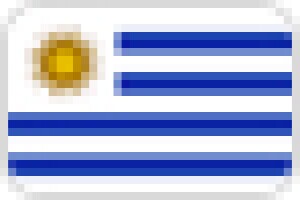 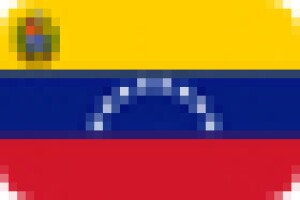