Joining the second Action Team conference call of the 2015-2016 school year, Trevor Plouffe stressed the importance of inspiring others to take active roles in their communities.

“From my grandparents to my parents, they’ve always been a big part of the community,” the Twins third baseman said. “Now, the Players Association makes it so easy to get involved.”

Action Team Captains dialed in from high schools across the country for the call and the Westlake High School Action Team of Thousand Oaks, Calif., was the featured high school.

Plouffe is active with various military-veteran organizations, such as Defending the Base Line and Folds of Honor.

“For me, that is always a special moment when I can talk to an active or retired service man or woman,” Plouffe said.

Action Teams from New York to Hawaii tuned in to the call and had the opportunity to participate in a question-and-answer session with Plouffe.

“We’re trying to use various events to get people involved. We made what would be an ordinary meeting fun and different,” he said.

Added Plouffe, “When you’re in a position and are able to impact lives, I think that’s so special. You can impact someone’s life in a positive way just by showing up.

“Continue to do what you do. You’re inspiring young kids to follow in your footsteps.” 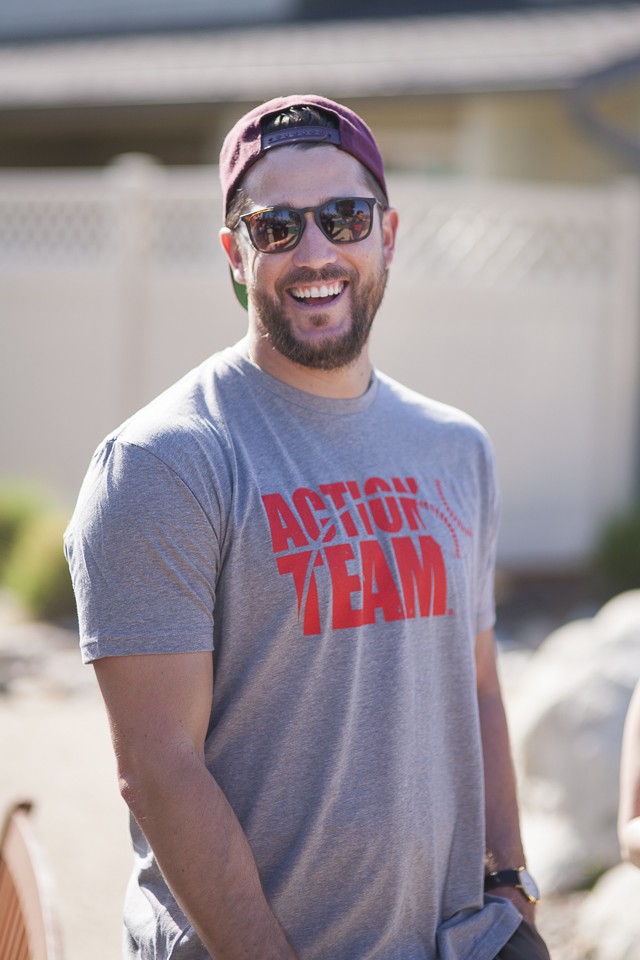