Coke’s PlantBottle packaging, without question, is an environmental breakthrough. But can the technology – which uses plant material to produce PET plastic bottles and much more – break through to today’s consumers, who are increasingly inundated with “green marketing” messages?

Two 60-second social media films launching this week take a simple approach to presenting the PlantBottle message through emotional, thought-provoking storytelling fans have come to expect from their beloved brand.

The first video transforms a sustainable packaging story into a human story through the narration of Daniel, who proudly explains how his mom, Dr. Shell Huang, helped develop PlantBottle technology.

“She provides me an example of what I should be like,” Daniel says in the film, which was shot the day before Mother's Day 2011. “She works really well with others, and she’s really smart. I can say my mom invented a bottle and is one of the greatest people ever.”

In “Pendulum Wave,” eight PlantBottles form mesmerizing patterns as they swing back and forth, in sync with a rhythmic soundtrack, before reverting back to a single wave. The spot, created by Eepybird, the creative folks behind the viral Diet Coke and Mentos films from a few years back, invite viewers to “see bottles differently.”

Read more of this story at: http://www.coca-colacompany.com/plantbottle-technology/new-plantbottle-films-invite-consumers-to-see-bottles-differently 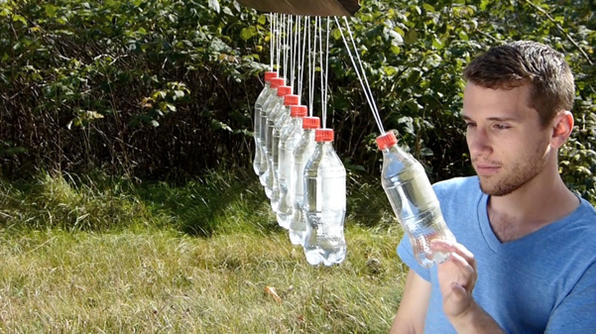 More from The Coca-Cola Company