A new era of capitalism is dawning in which corporations are being challenged by investors and consumers to remain profitable while abiding to the laws of the natural environment.
May 22, 2012 8:30 PM ET
Tweet This:
Why #sustainability isn't just for #hippies anymore http://3bl.me/a7nm92 #CSR #Climate #grnbiz
Article

Although the idea of triple bottom line reporting on profit, people, and planet may still cause indigestion for purists of capitalism, the fact that it has become the norm over the exception can no longer be denied.   Earlier this year, Ernst & Young published a report indicating that environmental and social proposals made up 40 percent of corporate shareholder resolutions in 2011, up from 31 percent in 2010.   Suffice it to say, when investors are pushing the needle on corporate social responsibility, it becomes increasingly difficult for CEOs and board members to look the other way.

So how then do companies strike the right balance of achieving their primary goal (maximizing shareholder wealth) while simultaneously appealing to societies growing need for businesses to act as upstanding corporate citizens?  From an environmental standpoint, it becomes a question of materiality, or, more specifically, which environmental concerns are most material to the success of the business, and how those concerns can be turned into an opportunity.

When Levi’s conducted a life-cycle assessment of its 501 blue jeans in 2007, they found that the bulk of energy and water consumed was attributed to two primary sources: 1) the harvesting of raw cotton to make the jeans and; 2) consumer end use associated with heating the water to wash the jeans.   With much of their cotton being harvested in drought-prone regions already being affected by climate change, Levi’s saw an opportunity to innovate.  The company has since embarked on several water- and energy-saving initiatives such as the development of their Water>Less jeans product line and their Care Tag for the Planet.

For most companies, especially those operating in countries that have implemented a carbon tax (India, Australia, and most of Europe to name a few), the goal is long-term risk and cost avoidance.  To remain globally competitive, multinational companies have no choice but to outline a forward thinking strategy for reducing greenhouse gas (GHG) emissions (such as carbon) associated with fossil fuel consumption.  It is no longer just a question of brand equity and reputation, but rather a matter of how costs will continue to climb per unit produced if energy and fuel consumption is left unchecked.

In addition to measuring and managing GHG emissions, conducting climate risk analyses along the value chain is also becoming more commonplace in the world of corporate sustainability.  To borrow from Clay Nesler, VP of global energy and sustainability at Johnson Controls, even if a company isn’t measuring risk associated with the impacts of climate change, it is imperative that they consider the material risks which might be influenced by climate change: spiking energy costs, access to raw materials, disruption of trade routes from extreme weather events, etc.

The common thread across all these examples, of course, is that corporate performance as it relates to profitability is becoming ever more aligned with performing well in terms of environmental sustainability. To be sure, renewable energy and alternative fuels have a long way to go before there is an attractive enough rate of return for companies to embrace them wholeheartedly. But it must first be realized that the goal of becoming a low-carbon society is an iterative process that can be achieved only with the business community driving the ship toward a new brand of capitalism – the kind with a triple-bottom line.

Mike Bellamente is the director of Climate Counts, a consumer outreach organization that rates corporations on how well they measure, reduce and report their greenhouse gas (GHG) emissions. In February 2012, Bellamente was named to Ethisphere’s 2011 list of 100 most influential people in business ethics for his thought leadership in corporate sustainability. 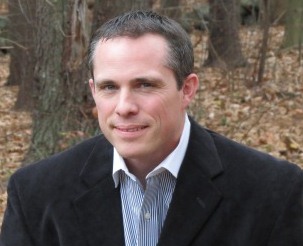