(Reuters) – The number of child soldiers in Central African Republic has more than doubled to as many as 6,000 in recent months as self-defence militia have sprung up to counter waves of attacks by former rebels, the United Nations said on Friday.

World powers, led by France, are scrambling to contain a crisis that Paris and U.N. officials have warned could lead to genocide in Central African Republic, which slipped into chaos after rebels ousted the president in March.

Some 400,000 people have fled their homes since the uprising and the tit-for-tat killings that followed.

UNICEF, the U.N.’s children’s agency, warned of a complex crisis that has seen local communities set up self-defence groups to halt abuses by the northern, mainly Muslim Seleka rebel alliance that swept to power.

This has led to a spike in the number of children involved.

“It has increased a lot. We can estimate this number at between 5,000 (and) 6,000 … with the armed groups,” Souleymane Diabate, UNICEF’s resident representative in Central African Republic, told a briefing in Geneva.

UNICEF said in April, a month after Seleka’s uprising, that more than 2,000 boys and girls were working as child soldiers.

That number swelled to 3,500 with the rebellion and surged again amid mounting violence, aid officials said, adding that the children were associated both with Seleka forces and the militias fighting them. 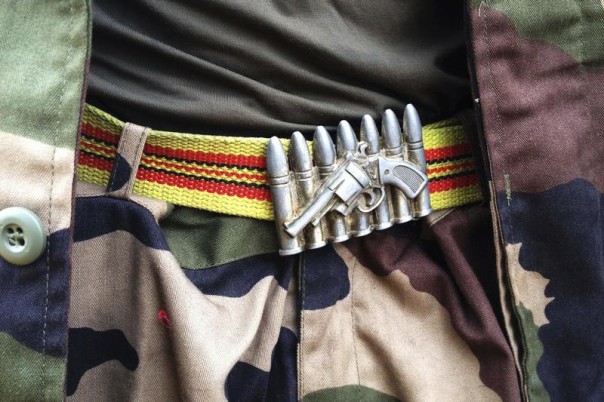