10 Years After Katrina, A Roadmap For Disaster Relief

Where were they supposed to turn to get their lives back on track? Who would help?Hurricane Katrina had ripped through New Orleans, leaving in her wake thousands of devastated, distraught and confused residents of one of America’s great cities.

For someone who had known and appreciated New Orleans from a distance all my life, the images I saw on the news each night were haunting. I had to do something. But what?

Prior to Katrina, I had an ideal career as an indigent criminal defense attorney and law teacher in Washington, D.C. After a significant trial in which my client was found not guilty and avoided a life sentence, my now-wife Liz, her mom and I went to New Orleans to volunteer.

We planned to stay for two weeks. This was six months after the storm, and we truly – and in retrospect, naively – expected the recovery would be nearly complete.

What we saw appalled us: Previously independent and autonomous citizens, stripped of their belongings – with reason to doubt the value of their humanity and dignity – were living in attics, garages and for the (supposedly) lucky, in FEMA trailers.

After spending two weeks cooking for people, sharing meals with them and discovering their fierce desire to return home, we couldn’t leave knowing families lacked a path forward.

With zero construction experience and no fidelity to the way things had always been done, we decided to move to New Orleans and start rebuilding houses.

Today I’m the CEO and co-founder, alongside my wife, of the St. Bernard Project, an organization devoted to reducing the amount of time between a disaster and complete recovery.

SBP started in New Orleans in 2006. Since then, we have rebuilt 950 homes in places like Louisiana, Joplin, Mo., Staten Island, N.Y. and Monmouth County, N.J., sites of some of the worst natural disasters in the United States over the past decade.

As we approach the 10th anniversary of Hurricane Katrina hitting Louisiana, it’s important to take stock of what has and hasn’t changed in the world of disaster recovery.

Katrina is hardly some bit of ancient history. There are roughly 5,000 displaced families remaining a decade after the city’s levees ruptured.

Such unfinished business underscores several realities: The system isn’t working. Families should never endure years of uncertainty in the wake of tragedy. And there must be a better way for nonprofits to respond to natural disaster.

When we arrived in post-Katrina New Orleans, I kept hearing the same word over and over: process.

People swore by the process that had guided previous recovery efforts. First, figure out which organization was building houses and then raise some money.

Homebuilding organizations said disaster recovery had operated the same way for 30 years and that building houses was phase two or three in the process.

But we wondered: What if these displaced men and women were members of our own family? Would we be satisfied with these answers?

There was a common belief that everything would work out if we followed the process. As relative outsiders, that thinking made no sense to us.

We needed to focus more on reducing the time between disaster and home construction. We needed to change our measurement tools. We were measuring our ability to abide by the process, rather than getting people back in homes.

That’s not to say that our approach was perfect.

For several years following Katrina, we made our share of mistakes. As if it were a competition, we simply tried to out-build every other group.

Sure, we built plenty of houses ourselves. But we had zero chance of changing the industry. Rather than developing a parochial view of clients, we should have worked with institutional actors to fix what didn’t work.

The key to success is picturing change that doesn’t invalidate the good work of the past, while recognizing you’ll need more than good intentions to get big things done.

I’d also argue that nonprofits need to think more like a business.

Businesspeople understand the need for planning. People always want to help communities rebuild. But if there’s no specific plan in place from the beginning, production will never stay on schedule.

UPS, which builds efficiency into every step of the design process, gave me a greater appreciation for planning. The company changed the way we delivered supplies, investing not just dollars but knowledge in our efforts.

In other words, culture is a byproduct of the reality you create.

Nonprofits need to work to put themselves out of business. While we certainly won’t cure every societal ill overnight, we must operate as if our end goal is a world in which our services are no longer required.

The next decade of disaster relief

If nonprofits solely measure the process, we’re doomed. Reaching our goals will require a plan to work with corporations and organizations highly experienced in humanitarian relief.

Human beings are hard wired to fix and solve society’s most pressing problems. It’s the job of nonprofits to tap into this sentiment. I didn’t realize this until Katrina.

Much work remains in New Orleans and other communities reeling from disaster across the United States and abroad.

For nonprofits, it starts with a relentless focus on outcomes, not the system.

It’s a lesson I’m reminded of every day as my two-week plan has evolved into a decade-long quest to overhaul how we plan for, define and measure success. 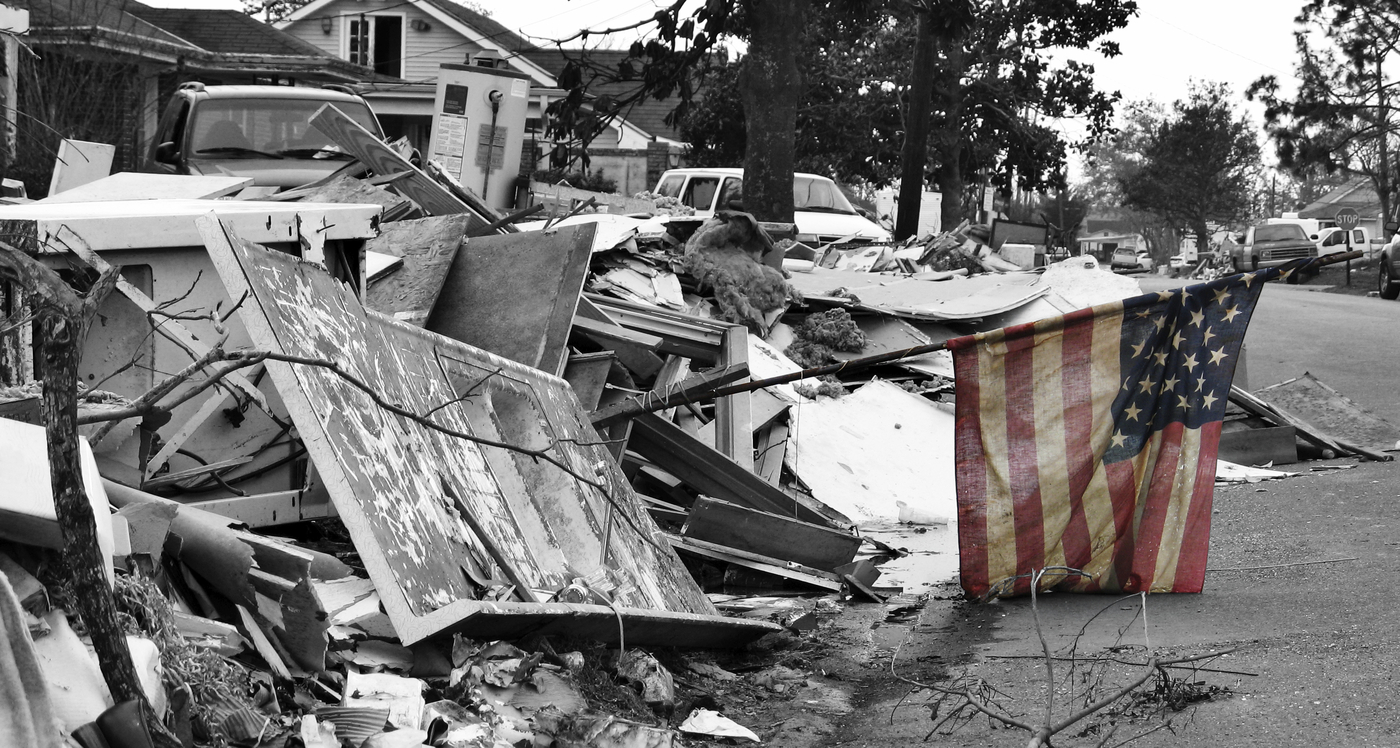