(From the Economy to the Election how should careful investors proceed)

By Amy Domini, founder of Domini Social Investments and partner in The Sustainability Group

What’s next? What do you see the markets doing next year, and why? It is a question that those of us who work on Wall Street are used to, yet hate to answer. 2016 is about to unfold, coming on the heels of a fantastic rally in markets that began in 2009 (which means it has gone on a long time) and bringing with it a presidential election. An election brings uncertainty. What is the careful investor to do?

I am one that believes that at the end of the day, stock prices are a reflection of two things, 1) the company’s earnings and potential and 2) the investor’s boldness or fear. Since I believe the economy is poised to create greater corporate earnings, and since I believe the investor is ready to be bold, I am reasonably optimistic about the year ahead. I hedge my bet by reminding the reader that one year is a short horizon, and a disaster of any sort might delay the benefits of the trends I will point to.

However, this year does come within a context, and that context is the long-running recovery of the United States, and seemingly a few other nations, from the financial crisis that is still underway. And a growing economy is good for corporate earnings.

Roughly 70 percent of the U.S. economy is tied to consumer spending. Consumer spending increases are tied to there being more consumers. Making more consumers is done in two ways. First, create more people by growing the size of the population and you have more consumers. The millennium generation is the largest since the baby boom and is hitting their earning years. Further, our nation’s relative openness to immigrants helps create the extra spending. The second way is to get money into the hands of people who don’t have enough to make random discretionary purchases. During 2014 it was estimated that 60 percent of bankruptcies resulted from health care costs, and that medical bills were the leading cause of personal bankruptcy. The Affordable Care Act has removed one very large source of non-consumers, but there are other trends that also give us hope here.

Unemployment claims are made public monthly and currently show that we have very few new people seeking assistance. In fact, new claims are at or near their lowest levels for twenty-five years. While the initial unemployment claims were over 650,000 during the financial crisis, they are under 270,000 now. The average over the period was approximately 374,000, which indicates we are generating new jobs at a good clip.

Finally I look at the federal deficit, which is now over $18 trillion. A large deficit can rob the federal government of the ability to spend, which in turn means that the economy loses an important customer. When federal deficits are very high, the U.S. must pay more to borrow. Money that could be spent building bridges, schools, and other infrastructure that would spur economic growth is ‘wasted’ paying higher interest rates. This is not our problem now. The federal deficit is about 2.5 percent of GDP and at that level, government has no problem borrowing at low rates.Another simple indication that gives me reason to hope for continued economic expansion is the growing, but still below average, level of housing starts. Homebuilding is generally an excellent indicator of future growth. People who purchase homes furnish them, sometimes even to the point of borrowing to do so. This extra source of consumption is likely to remain relatively robust for several years to come. After all, average housing starts for the past 50 years have averaged 1.445 million. Currently housing starts are under 1.25 million, coming off a low during the crisis of roughly 500,000.

There are those who argue that inflation will pick up, that the jobs are bad jobs, that the best is behind us, but these are conjecture. I am a lot more comfortable looking at the current facts and these are positive.

Still, this does not mean that the investor is positive. To check the mood of the investor, I look at stock prices. With the current forward price to earnings ratio of the Standard & Poor’s 500 standing at 16.13 and with the average since 1985 at 14.94, I am comfortable that the investor is still more optimistic than pessimistic about the future. We were at about this rate during mid-1997, just before an explosion on the upside that lasted for the next two and a half years.

Finally, consider the logic of the scenario. Where is an investor to go? Bonds pay nothing and most of the fancy instruments that might raise returns, like venture capital or private debt, require high minimums and a long-term wait. They just do not suit most investors and are by no means a sure bet anyway. To my way of thinking the investors are comfortable enough to stay.

Ah, but what about the elections? 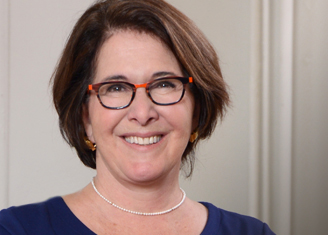