To commemorate the series finale of FOX's groundbreaking reality series "American Idol," 21CF and the Give a Note Foundation announced a new wave of the 21st Century Fox Give a Note Grants, which will support up to 20 under-funded music education programs at schools across the United States. The company has worked with Give a Note since 2011, donating more than $1 million to nearly 90 schools in that time. The new grants honor the series' 15-season run, over the course of which it created some of music's biggest stars and inspired millions of young people to pursue music and get involved in their schools' arts programs.

"'American Idol' has had an incredible impact on music in this country. Not only has it introduced America to some of the decade's most talented young artists, it has served as a platform to show why music is so critical," said Jane Mell Balek, Chief Operating Officer, Give a Note Foundation. "We are excited to continue working with 21st Century Fox to honor 'American Idol' with a new grant program that will allow us to reach even more schools across the country."

To identify the recipient schools, 21st Century Fox will once again work closely with the Give a Note Foundation, a leading nonprofit dedicated to supporting and strengthening music education programs. The organization engages the business community to play a critical role in resource development and awareness raising activities that improve access to music education.

The initiative is the latest chapter in a long-standing relationship between 21CF businesses and Give a Note. The organizations first worked together on the "Glee" Give a Note campaign in 2011 to donate portions of "Glee" DVD sales to at-risk music programs. In March 2015, they launched the 21st Century Fox Give a Note Grants to celebrate the "Glee" series finale. The "American Idol" campaign will continue to provide opportunities for young people to express and explore their creativity.

"Over the past 15 seasons, 'American Idol' has brought innumerable styles of music and a diverse range of artists into millions of viewers' homes," said Shira Oberlander, Executive Director of Social Impact at 21st Century Fox. "We are very proud to honor that legacy by backing Give A Note Foundation and supporting music education at schools across America."

Fans can tweet along to show their support for music education and honor the series' legacy with #IdolGAN. 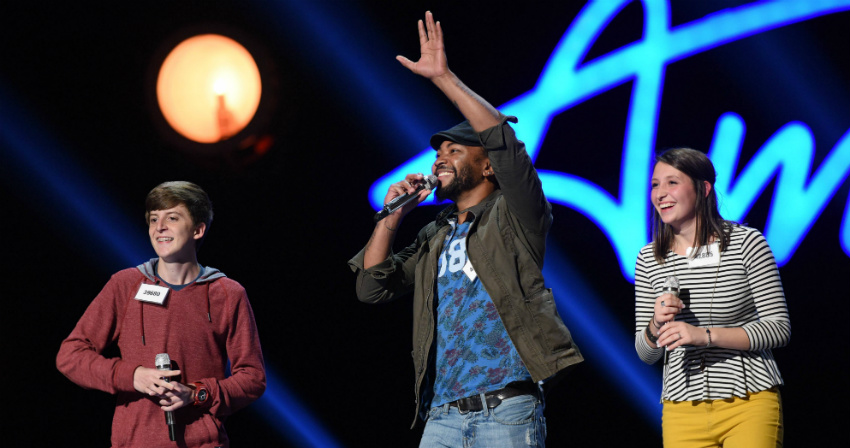