Oct 17, 2019 8:05 AM ET
Tweet This:
.@AmerCharities: A Critical Time for You and the @ACLU to Protect People’s Rights https://impact.ac/33kq5ix #ChangeStartsAtWork
Blog

For nearly a century, the American Civil Liberties Union Foundation (ACLU) has been our country’s leading defender of civil liberties. And the work of our skilled attorneys, advocates and organizers fighting alongside people whose fundamental freedoms are in jeopardy has never been more critical.

The ACLU has a well-earned reputation as a fierce, persistent defender of people’s rights. We stand on principle and never back down in our efforts to defend and preserve the individual rights and liberties that the Constitution and the laws of the United States guarantee everyone in this country.

With more than 4 million members, activists, and supporters, the ACLU is a nationwide organization that fights tirelessly in all 50 states, Puerto Rico, and Washington, D.C., to safeguard everyone’s rights and challenge abuses of power.

By acting to support the ACLU Foundation today through our workplace giving program, you can strengthen the work of America’s premier defender of civil liberties at one of the most perilous and challenging moments our country has ever faced.

Recurring, sustainable donations are an invaluable foundation on which our efforts are built. They allow us to respond at a moment’s notice whenever people’s rights are under attack, budget for legal battles ahead, and stay in those fights for the long haul.

Here are some of the most urgent civil liberties issues that your regular support can help us fight.

Protecting the Right to Vote 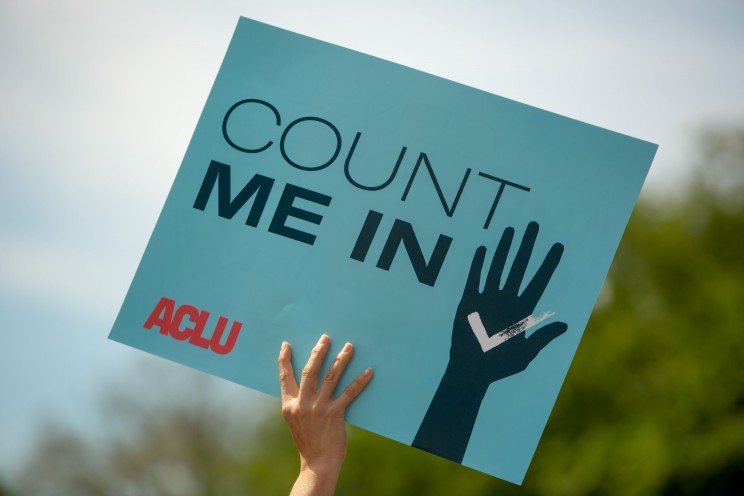 The ACLU is non-partisan. We don’t take sides in elections. But, we will always fight to protect people’s ability to participate in the democratic process. The right to vote is the cornerstone to all of our fundamental freedoms. That’s why we are acting on multiple fronts to challenge voter suppression tactics that seek to win elections by blocking people’s path to the polls.

With your help, the ACLU can keep challenging a concerted, highly organized drive to make it harder for communities of color, the elderly, students and people with disabilities to exercise their right to vote. We’re working to combat illegal voter purges, cutbacks in early voting, discriminatory voter ID laws, gerrymandering and more. And, we are also working proactively to expand and improve access to the polls. 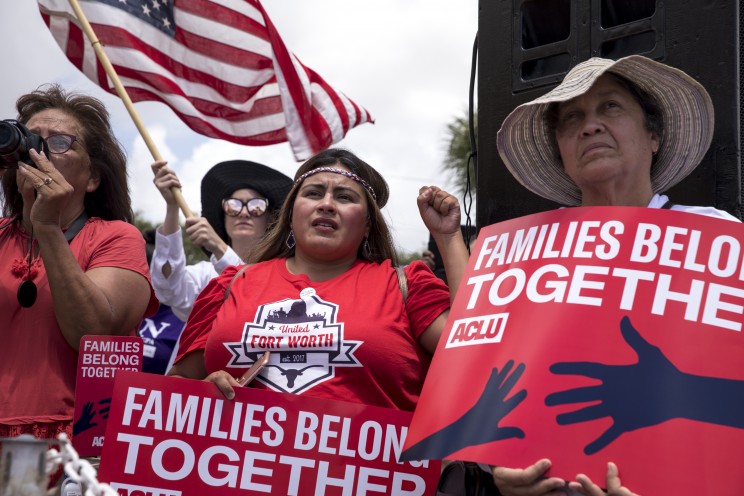 Under the Trump administration, immigrants and refugees are facing an extraordinarily hostile and dangerous climate. The ACLU is acting on multiple fronts to help protect immigrant rights and to resist government policies that are causing widespread fear and suffering in immigrant communities.

We are continuing our long-running efforts to stop our government from separating children from their families and have helped reunite thousands of families that have been intentionally separated. We’re also fighting for the rights of asylum seekers, Dreamers, and people in our country under Temporary Protected Status. With your support, we can keep working to challenge government policies that trample on the rights of immigrants and refugees. 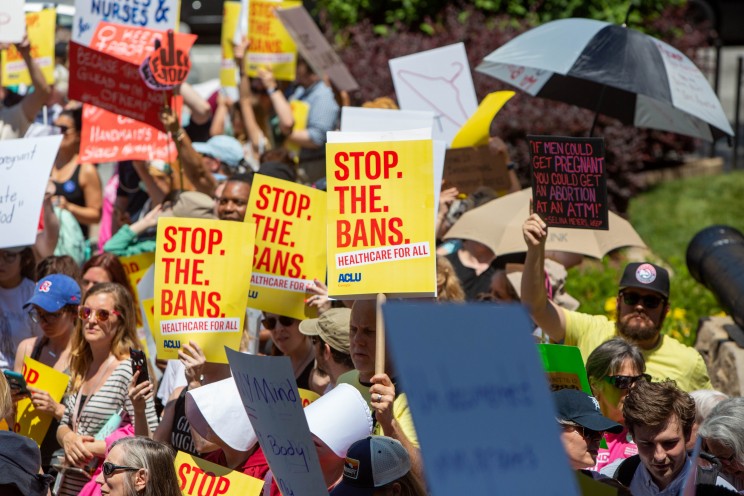 Together, you and the ACLU can act to protect reproductive freedom. ACLU legal teams have gone to court all across the country to stop a wave of state abortion bans. Beyond the severe and immediate impact these bans would have if enacted, they are also designed to pave the way for a Supreme Court decision gutting or overturning Roe v. Wade.

We are also taking legal action to stop the government proposals to gut Title X – America’s family planning program. Four million people rely on Title X for birth control, cancer screenings, STD testing and treatment, and other preventative care. More than half of these patients are people of color and two-thirds have incomes at or below the poverty line.

With your support, we can continue to fight back against a constant barrage of efforts to undermine reproductive rights.

How You Can Help Protect People's Rights

We’ve highlighted just three of the critical issues the ACLU is taking on. But, ACLU teams are active across the full range of America freedoms including reforming our racially-biased criminal justice system, defending the rights of LGBTQ individuals, freedom of speech, protecting personal privacy in the digital age, and more.

To learn more about the ACLU, visit aclu.org Measuring Corporate Philanthropy, Employee Giving, Volunteering, and Social Impact: Now That You Know What to Measure, How Do You Measure It?
Aug 10, 2020 1:15 PM ET
Register Now! Webinar: The Next Step - Evaluating and Sharing Your Impact
Aug 6, 2020 4:10 PM ET
How Companies Can Provide Immediate Assistance to Employees Impacted by COVID-19 and Other Disasters
Aug 6, 2020 11:10 AM ET
How Employee Volunteer Programs are Changing in 2020
Jul 20, 2020 10:30 AM ET
Make a Difference & Support Veterans: Recycle Your Razors and Packaging for a Chance to Win a Playground* for a Military Medical Center
Jul 1, 2020 3:55 PM ET