Adam Jones, the 2015 Marvin Miller Man of the Year, Leads by Example

Adam Jones, Baltimore Orioles center fielder, was born in San Diego, Calif. Baltimore, however has been his home since joining the Orioles in 2008. He is one of the strengths of the Orioles’ team, yet his connection to the local community is even stronger.

Jones participates in the Reviving Baseball in Inner Cities (RBI) program in Maryland. The RBI program aims to increase participation and interest in baseball and softball among underserved youth, while teaching the value of teamwork and encouraging academic participation and achievement. Jones regularly participates in youth clinics, teaching children and teenagers the fundamentals of the game.

He is also a former Boys & Girls Club member, where he spent much of his childhood in San Diego. Jones has teamed up with the Orioles to help renovate three Boys & Girls Clubs in Baltimore.

Alongside the Boys & Girls Club, Jones supports the YMCA of Central Maryland, and serves as a spokesperson for various campaigns. Many of the organizations Jones supports focus on teaching fundamental baseball skills, while preaching the importance of education to children.

In 2015, Jones participated in the MLBPA’s youth clinic  for Baltimore’s  James Mosher league. He took to the field and shared his passion for the game and some life skills tips during a question and answer session with the young players.

His accomplishments off the field are accompanied by those on the field. He is a five-time All-Star, four-time Gold Glove award winner and has also won the Silver Slugger award.

Most notably, Jones was recognized by his peers as the 2015 Marvin Miller Man of the Year, named in honor of the MLBPA’s legendary first executive director. Part of the MLBPA’s Players Choice Awards program, the Man of the Year award is voted on by all Players, and is given annually to the Player who inspires others through his on-field performances and contributions to his community.

Receiving the award also comes with a $50,000 Players Trust grant, which the Player can direct towards any one or multiple charities.

“To win [the Marvin Miller award] and be in the same boat as some of the past winners, who were great between the lines and used that to influence people, that is pretty cool,” Jones told the Baltimore Sun.

Online voting for the 2016 Marvin Miller Man of the Year award is currently taking place through Sunday, September 18.  Fans can help select the division finalists by voting now on MLBPayers.com to determine who goes on the ballot for the Players’ league-wide vote on Wednesday, September 20.

Major Leaguers are #GoingToBat for causes near and dear to them, as they personify the Players Trust’s motto to ‘care, act and inspire.’ To learn more about the charitable interests and activities of Adam Jones and other Major Leaguers, please click here. 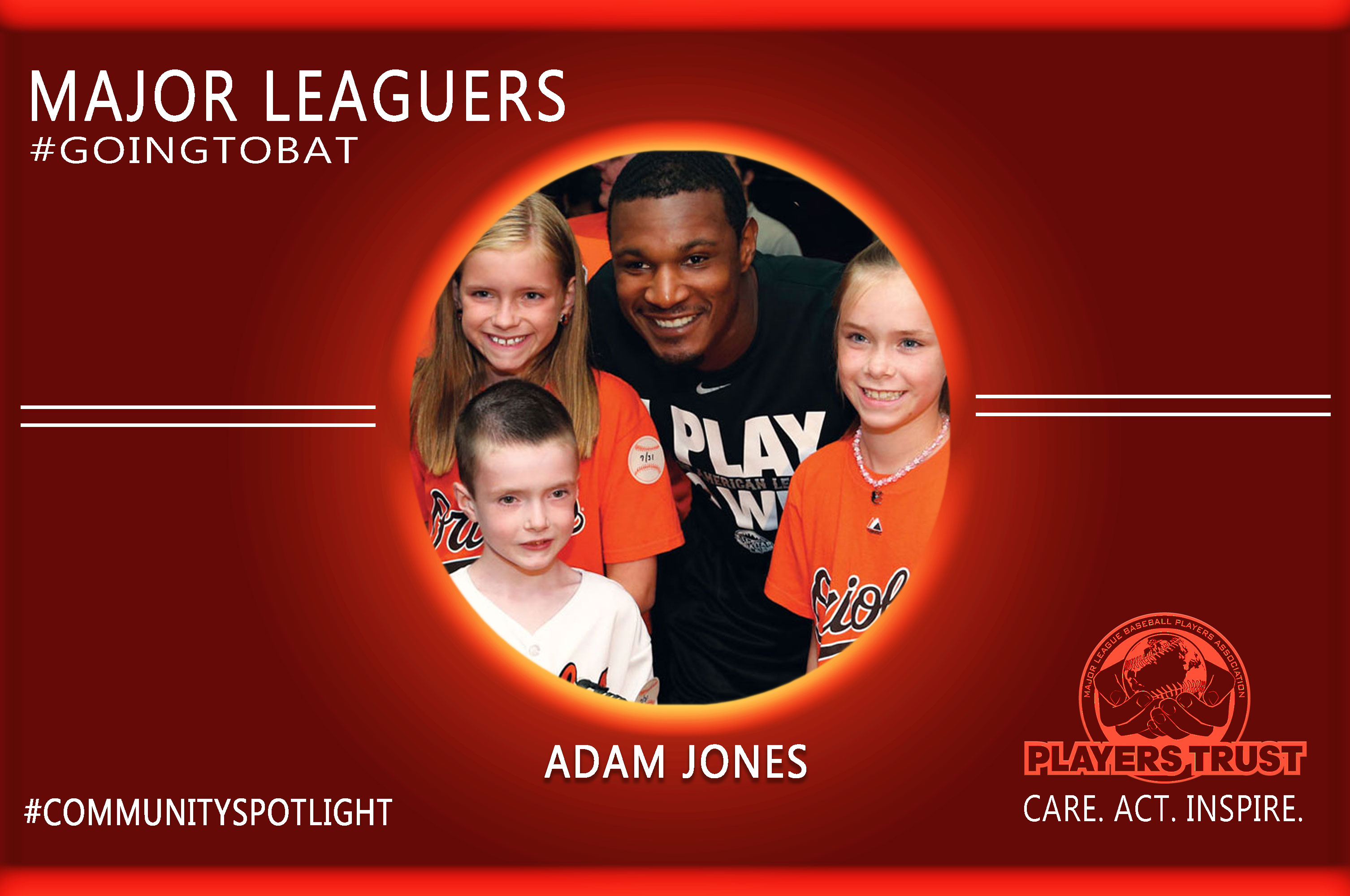