ICT Can Have a Huge Impact in Reducing Carbon Emissions

(3BL Media/Justmeans) - We hear a lot about smart technology these days: smart cars, smart cities, smart grid, etc., with an implied promise that these smart things will be far more efficient than their less gifted predecessors, thereby allowing us to reduce carbon emissions. Of course, those claims are generally being made by those selling the smart things, so then it’s fair to ask, how much of this is simply hype?

While the British telecommunications giant BT, is not exactly an objective source, their recent report, entitled, “The role of ICT in reducing carbon emissions in the EU,” takes an in-depth look at the opportunities being offered and then projects those savings forward. The results are certainly impressive. While technology alone cannot solve the problem, they can play a significant role, though clearly there will be commitments and investments required to realize this potential.

The report builds on the SMARTer 2030 report produced by GeSI with Accenture, which showed that globally, ICT could potentially hold 2030 emissions at 2015 levels. This report looks specifically at the EU, which is further along the path than many other places, has more resources, and perhaps commitment as well to allow it to go further.

According to the report, information and communications technology, or ICT, can potentially save 1.5 GT of CO2e in the year 2030. That’s fully 2.7 times greater than the full carbon emissions of the UK in 2012, and 37% of the EU’s 2012 emissions. Of course, we know that all those server farms and cell towers use a lot of energy themselves, but according to the report, the ICT emissions overhead is only about 5.3%.

(3BL Media/Justmeans) - The provincial government of Ontario has announced that it will spend over C$7 billion over the next four years in a broad-based effort to combat climate change that is expected to touch upon nearly every aspect of life. Some of these actions are quite innovative.

Among the actions are the phasing out of the use of natural gas for heating, as well as a number of incentives for everything from electric vehicles to building energy conservation retrofits.

The Climate Change Action Plan contains 32 distinct actions containing a total of 80 policies. Each action contains a price tag and an estimated amount of carbon reduction it is expected to achieve.

Many of the actions will be paid for by the province’s cap and trade system, which is expected to be in place at the beginning of next year.

(3BL Media/Justmeans) – Brand loyalty of today’s consumers increasingly belongs to companies that care for the people and the planet. A Harvard Business Review report suggested that there is a strong link between corporate citizenship and profitability. According to the report, corporate citizenship can be a lot more than a cost or a constraint – it can be a source of innovation, opportunity, and competitive advantage.

Amazon Picks Up Its Game with New Sustainability Dream Team

(3BL Media/Justmeans) - If you type the words “Amazon sustainability” into Google, the first thing that comes up in the search is a link to books about sustainability that the online retail giant sells. The company sells books and lots of other things, online. It sells enough to fill 3.3 million boxes of various sizes and shapes each and every day. Amazon uses recycled cardboard to make those boxes, and makes reasonable efforts to make sure those boxes are shipped sustainably, but beyond that, the company, which has been an innovator in so many ways, is really behind the curve when it comes to sustainability.

According to Richard Matthews, writing in globalwarmingisreal.com, ““Amazon has consistently ranked near the bottom of most relevant activist lists, from Climate Counts to Greenpeace’s Green IT rankings. Amazon consumes vast quantities of energy and resources. The scope and size of their operations invite scrutiny and demand leadership. To date, the company has demonstrated an ongoing lack of transparency on environmental issues. Amazons is not involved with sustainability collaborations nor does it publish a sustainability report or report greenhouse gas emissions to CDP. Until the company publicly reports its impacts, performance and commitments criticisms are justified and its reputation is at risk.”

Beyond that, the company has received consistently low grades from Greenpeace on their data centers and criticized for their lack of transparency in their Amazon Web Services (AWS) operation. They have also received flack for the treatment of workers in their fulfillment centers, as well as corporate office workers, in what a NY Times story describes as “a bruising workplace.”

Apparently, they got the memo. The company has decided to address this by hiring a number of highly respected folks to take charge of this aspect of their operations. Back in 2014, they brought in Kara Hurst, as the company’s director of worldwide sustainability and social responsibility. Hurst is the former CEO of The Sustainability Consortium. This past August they brought in Christine Bader as Director of Social Responsibility. Prior to this Bader worked on social responsibility at BP and wrote the book, A Manifesto for the Corporate Idealist. 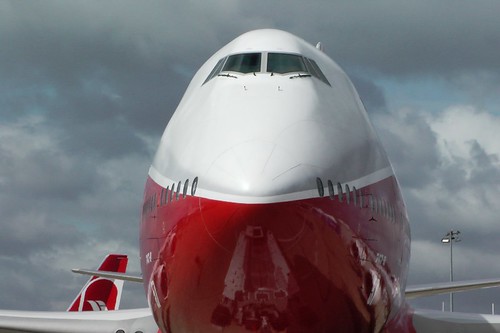 (3BL Media/Justmeans) – Canada has extensive sustainably certified forests, which it can leverage to make environmental progress in various industrial sectors. The country has long used mill and forest residues to make wood pellets that are used to generate electricity. Now it is turning its attention to the development of sustainable aviation fuel from leftover branches, sawdust and other forest-industry waste.

The Surprising Role of Fuel Cells in Today’s Clean Economy

(3BL Media/Justmeans) -Â While few were looking, and while there seemed to be little energy news beyond the occasional automotive announcement (which most people dismiss as a futuristic longshot), fuel cells have quietly been finding valuable niches, particularly in the industrial world.

A recent report by the Fuel Cell & Hydrogen Energy Association says that 9% of Fortune 500 companies and 23% of Fortune 100 companies are using fuel cells in some aspect of their operations. The primary uses are for backup power generation and material handling equipment (MHE). The current market in industrial fuel cells has hit the $2 billion mark with more than 13,500 units deployed.

Backup plants can also be used for peak shaving and other demand management schemes. Large electric customers typically pay demand charges that raise costs during periods of high demand. By producing their own power during these periods, industrial customers can save money. Fuel cells tend to have rapid startup times as compared to diesels and are also far cleaner.

Other savings accrue from â€œcost savings on electricity or fuel purchases; emissions savings from being a more efficient, non-combustion technology; time savings from less maintenance, fewer fuelings and longer run time; and water savings at a time where droughts are hitting some states so hard that restrictions are being imposed on water use.â€œ

A Look at Gasoline Prices and Trends Around the World

(3BL Media/Justmeans_-Â Anyone who has ever taken a road trip has probably been surprised to see the difference in gas and diesel prices when going from state to state.

The Greentopia Future Cities Summit, which took place in Rochester, NY, gave a thoughtful look at some of the potential opportunities for cities in the future, and what kinds of steps might be required to get us there.

(3BL Media/Justmeans) â€“ As Sub Saharan Africa continues to emerge as a major growth market, so will the continentâ€™s attractiveness for business expansion.