Air; it’s something we all share. Clean air is important to all of us. When air quality is poor, it affects all of us. But for the three million Canadians who suffer from asthma, poor air quality can be life threatening.

As a recent opinion article authored by Dr. Susan Waserman and Stephen Eyre from The Asthma Society of Canada explained, new pipelines are important not just because they are the safest and most efficient way of moving petroleum products, but also because they will reduce harmful air pollution.

“Projects such as TransCanada's Energy East pipeline will use electrically-driven pumps -- made in Peterborough, Ont. -- to do that, and will ultimately reduce the amount of harmful air pollution to which our citizens are exposed,” wrote Waserman and Eyre. “For that reason, we urge the rapid adoption of pipelines as the primary vehicle for the movement of petroleum products in Canada, so that all of our citizens can breathe more easily,” they concluded.

Jason Schulz, TransCanada’s director of environment, appreciates this recognition by the Asthma Society, pointing out that the company has a long track record of producing and transporting energy in a safe and environmentally responsible fashion.

“Our pipelines and power facilities create very few air emissions because they are almost entirely powered by electricity or clean-burning natural gas,” says Schulz. “Whether it’s our emission-less energy assets or our liquids pipelines, we’ve always focused on ensuring our assets are designed, built and operated with minimal impact on the environment and reflect North America’s transition to a less carbon-intense energy future,” he says.

Investing in a balanced energy future

To date, TransCanada has invested more than $5 billion in emission-less energy sources, accounting for approximately one-third of the 10,900 megawatts of power we produce.

TransCanada is also an industry leader when it comes to building and operating highly efficient, natural gas-fired power plants across North America. We have played a key role in Ontario’s successful elimination of coal-fired power generation, last year through our investment in refurbishing the Bruce Power nuclear facility and the development of the Napanee Generating Station.

Our extensive natural gas pipeline network, which delivers 20 per cent of North America’s supply, is also among the most efficient and technologically advanced pipelines in the world. Our compressor stations use natural gas to generate the power needed to move gas through the pipeline, and we have pioneered new technology and practices to limit emissions and reduce fuel consumption at our facilities.

TransCanada’s focus on clean air and energy goes beyond just our own assets. We’ve supported a various projects and initiatives that contribute to cleaner air and reducing their carbon impact. This includes a mobile pediatric asthma unit in New York - the first of its kind in the U.S. - which provides asthma care to children; The University of Northern British Columbia’s award-winning bio energy heating system, which helps reduces the campus’ reliance on fossil fuels; and provided solar panels to help energize rural Mexican communities for the first time.

“The world’s demand for safe and affordable energy continues to grow, which means it is up to companies like TransCanada to build the infrastructure that will be needed for generations,” Schulz says.

We recognize our role in the larger energy system, including our own emissions of greenhouse gasses (GHGs). We are doing our part to manage our own GHG emissions through our climate change strategy and have established lines of accountability and responsibility for climate change throughout our organization.

TransCanada has publically documented climate change-related activities for nearly 20 years. We have been voluntarily reporting to the London-based CDP (formerly the Carbon Disclosure Project) since 2006. In 2014, TransCanada received our highest-ever score of 99A- on our CDP report. We also ranked second in disclosure score among Canada’s 200 largest companies. Since 2012, we have been among Canada’s top-scoring companies and named to the country’s Climate Disclosure Leadership Index. 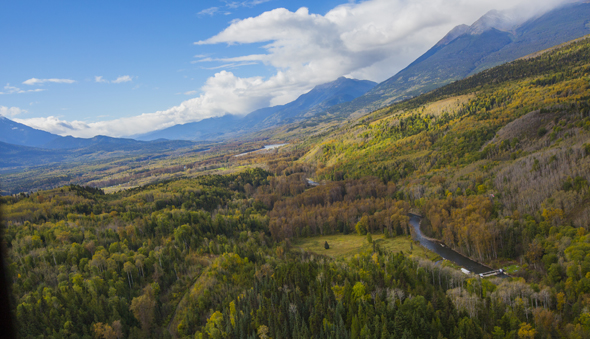