Disproving the Tragedy of the Commons: Rio+20 Sustainable Development Commitments

When Garrett Hardin wrote his famous essay The Tragedy of the Commons in 1968, he used the example of herdsman grazing their animals in a common pasture to exemplify the “tragedy” that results when multiple actors, acting independently and “rationally” (in the economic self-interest sense), will deplete a shared finite resource, even when it is in no one’s long-term best interest. Many have likened this phenomenon to the failures of global multilateral action to address climate change: everyone agrees in theory that global warming is bad in the long-run, but no one is willing to forego their own high carbon development to halt it. At least so the theory goes.

Supporters of this theory cite the failure of the United Nations Framework Convention on Climate Change (UNFCCC) conferences to establish a global action plan for emissions reductions. The largest overall emitters, the U.S. and China, refuse to commit to low-carbon growth without strict guarantees from the other. Developing countries like Bolivia blame industrialized countries for contributing the lion’s share of historic emissions, and demand payment for climate debt. And thus it seems like the weak document that emerged from the recent Rio+20 UN Conference on Sustainable Development is just another in a line of failed multilateral negotiations regarding climate change and sustainable growth.

For sustainability advocates, the news out of Rio was depressing. While more than 50,000 people descended upon the Brazilian coastal city for the 20-year anniversary of the Earth Summit, hoping to make significant strides towards a sustainable future, most left sorely disappointed. Major heads of state were missing (read: President Obama) and the major outcome of Rio, a  53-page document entitled “The Future We Want,” did little more than reaffirm the goals and commitments that were espoused 20 years ago at the first UN conference on sustainability.

But there are signs that our climate has not been written off as a tragedy of the commons quite yet. The hope from Rio lies in the more than 700 voluntary commitments that were made by governments, multinational corporations, financial institutions, universities, NGOs, and other members of civil society, and the initiative to monitor and track the implementation of these commitments. According to the Rio+20 Secretariat, “collectively, these tangible commitments mobilize more than $500 billion in actions towards sustainable development.”

Many of these commitments are being monitored by the Natural Resources Defense Council (NRDC) on their newly created Cloud of Commitments website. “Launched at the Rio+20 Earth Summit, the Cloud aggregates and tracks commitments to take specific actions which contribute to the rapid transition to a low-carbon green economy. The Cloud is a first step in creating a global platform to record, encourage and hold accountable all of hundreds of initiatives being brought to Rio by governments at all levels, business, and civil society groups.”

It is a positive sign to see public and private entities alike committing to more sustainable practices. And it is even more encouraging that civil society is going to hold them to their word. This is exactly the type of communal pressure that Elinor Ostrom, who won the Nobel Prize in Economics for “her analysis of economic governance,” suggests can overcome the tragedy of the commons dilemma: in essence, climate governance from below. Ostram writes, “Global and national environmental policy frequently ignores community-based governance and traditional tools, such as informal communication and sanctioning, but these tools can have significant impact.” Bottom-up accountability mechanisms can overcome the ineffectiveness and inefficiency of the nation-state framework in combating global issues like climate change by allowing citizen, non-governmental, and even corporate activists to take the leadership reins in transitioning to sustainable global development. Informal sanctions, like  a thumbs-up (or thumbs-down) from watch-dog NGOs like the NRDC, and broad approval (or disapproval) from activists and engaged citizens around the world, might be enough to get the commitment-makers to follow through. Many of you will be quick to point out that these commitments are only voluntary, and that watchdog organizations have very little leverage in holding corporations and governments accountable. Others will argue that even if the commitments are all reached, it is still far too little too late to have any tangible impact on reducing GHG emissions without binding commitments from nation-states. And I agree that voluntary commitments are insufficient on their own, but they do represent a citizen-driven strategy towards progress in the face of political standstill at the United Nations level. While still a far cry from a solution to the colossal challenge of climate change, Rio+20 commitments and the accountability mechanisms developed alongside them do represent an alternative to overcoming the tragedy of the commons mentality in the context of global warming.

Jennifer Barnette is a legal intern at CRS, she can be reached at jbarnette@resource-solutions.org. 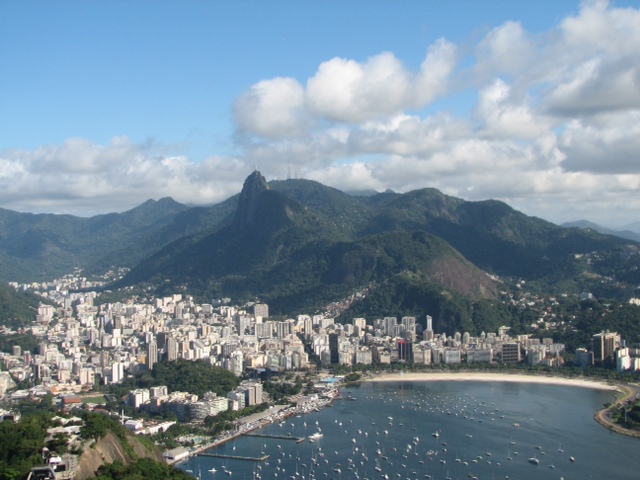 More from Center for Resource Solutions