The elephant in the room at the U.S. Chamber of Commerce Foundation's 2016 Corporate Citizenship Conference is whether campaign rhetoric turns into policy, and whether business leaders will stay the course on ambitious social impact and environmental initiatives.

I will be attending the conference, themed “Progress and Purpose,” and will provide updates for 3BL Media during the two-day event. Here’s a link to the agenda, which can be followed on Twitter using the hashtag #USCCFPurpose.

Business associations and NGOs have been messaging their post-election positions over the past week.

Among the first to chime in was the National Association of Manufacturers, which published a letter signed by 1,000 members within hours of Trump’s 3 a.m. acceptance speech.

“Manufacturers expect our newly elected leaders to worry less about the powerful political extremes and concern themselves solely with solutions that will lift all Americans up and leave no one behind,” the trade group wrote. “This election makes clear that Americans agree that manufacturing is the nation’s priority. They want our industry to lead the world and create more jobs. They know that when manufacturing is strong, America is strong. It will be up to us to channel that enthusiasm towards the right policies."

Aron Cramer, president and CEO of BSR, the nonprofit group formerly known as Business for Social Responsibility, took a different tack, distributing a statement via 3BL Media that called the Trump election an “earthquake.”

“For many of us, this is deeply unsettling. Quite apart from partisan political views, we have seen a disturbing level of disrespect for people, science, and rights. In the United States, too many of our fellow citizens feel a personal sense of vulnerability. And as I travel in Europe this week, there is also a strong sense that the United States cannot be relied upon in a way that many have taken for granted. This is heartbreaking,” Cramer wrote.

“For all of us working to advance sustainable business, it would be easy to turn inward, feel defeated, or express anger. But our mission is too important to take that approach. In fact, our task now is to redouble our efforts. This is a moment to stand up and be counted,” Cramer continued.

Mindy Lubber, president of the the shareholder and investor non-profit Ceres, emailed members with a plea to “Stand With Us.”

“The results of this bitterly divisive election are in, and undeniably, they raise serious threats to our recent gains in advancing climate action and the clean energy economy, in the U.S. and around the world,” Lubber wrote. “From implementing the Clean Power Plan, to realizing the goals of the historic Paris Climate Agreement, to strengthening fuel economy standards for cars and trucks, hard-won victories are at risk of being undermined by the new administration and Congress.”

A press release sent by the United Nations Foundation took a pro-Trump tone, highlighting U.S. participation in UN programs and pointing out that Ivanka Trump had been featured in a campaign aimed at developing American girls into global leaders and helping adolescent girls in developing countries.

“Donald Trump’s election comes at a time when the world depends on American leadership more than ever to advance peace and international cooperation,” said Kathy Calvin, UN Foundation president and CEO. “With a new U.S. President and new UN Secretary-General starting in January, strong engagement at the UN remains crucial to American interests across the globe. We look forward to working with the new Administration to ensure that the U.S. commitment to a strong and effective UN remains a top priority.”

Substantial progress has been made over the past two years in the business of CSR and sustainability. Passage of the COP21 climate agreement in Paris and ratification by all UN member nations of the Sustainable Development Goals were seen as unprecedented public-private cooperation around common environmental and social objectives.

In an interview with New York Times reporter David Gelles, the founder of the nonprofit Sustainability Accountability Standards Board said Trump administration policies and appointees would not slow the mission to push for more corporate environmental, social and governance (ESG) disclosure.

“The investor demand for this is unchanged,” Jean Rogers said. “Investors believe these factors are material and need better disclosure. That’s not going to change with the president.” 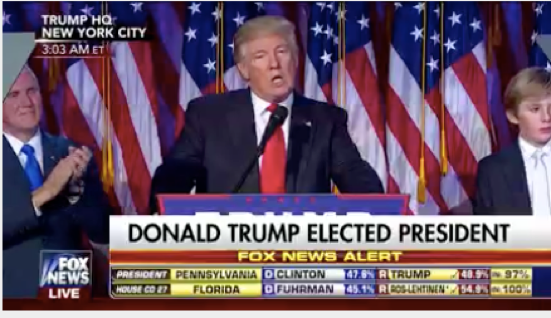