Financial Inclusion in the Supply Chain: An Evaluation of the HERfinance Pilot in India

Over a two-year period, BSR piloted HERfinance at 11 garment factories in India to test the hypothesis that the HERproject model would translate well to critical topics beyond health.

A new report examines whether the HERfinance program improved the financial knowledge and behaviors of low-income workers and whether the program’s methodology led to workplace improvements and employer benefits. Our analysis of the data collected before and after implementing HERfinance reveals that the program has had meaningful impacts in both areas. Key program impacts include:

About BSR
BSR is a global nonprofit organization that works with its network of more than 250 member companies to build a just and sustainable world. From its offices in Asia, Europe, and North America, BSR develops sustainable business strategies and solutions through consulting, research, and cross-sector collaboration. Visit www.bsr.org for more information about BSR’s more than 20 years of leadership in sustainability.

About HERfinance
Based on BSR’s successful HERproject model, HERfinance was launched as a pilot program in India at the end of 2012 with a founding grant from The Walt Disney Company. The mission of HERfinance is to build the financial capability of low-income workers in global supply chains by delivering workplace-based financial education programs and connecting factory employees to appropriate financial services. 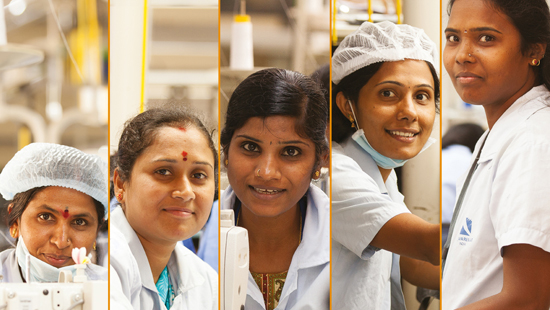