Giving Every American a Good Job

Dec 7, 2016 9:00 AM ET
Tweet This:
Latest @BSRnews brief explores creating good jobs and the changing nature of work in the U.S. http://bit.ly/2h4hyeS
Blog

Following the U.S. election and other geopolitical upheavals this year, business is considering whether and how to adjust the sustainability agenda to address a new reality. To begin, many are asking: What is the single most urgent issue facing sustainable business today in the United States?

Expert opinions may vary, but if you ask the American people, the answer is resoundingly clear: Creating good jobs.

A national survey recently released by JUST Capital asked more than 50,000 Americans what they consider to be the most important thing business can do to create to a more just economy. The number one issue that surfaced across the board—from Americans of all ages, incomes, and political stripes—was creating good jobs.

To create good jobs, business must give more attention to fair pay, improving treatment of workers, and combatting hiring discrimination and glass ceilings so every person has a decent standard of living and a chance to improve his or her life. In our new brief, “Good Jobs and the Changing Nature of Work,” we explore major trends of how jobs have changed in the United States and how companies can create better jobs for their American workforce.

The Changing Nature of Work

In the last four decades, many Americans have slowly seen their employment opportunities diminish and quality of life deteriorate. Beginning in the 1970s, wages began to decouple from productivity. Manufacturing jobs that offered a middle-class life to blue-collar workers were slowly outsourced overseas and automated, and the burgeoning retail and service-sector economy that filled the void in small communities around the country provided disproportionately lower wages and greater job insecurity.

Despite gains by women and minorities in the workplace, hiring discrimination, pay gaps, and glass ceilings have been persistent. Nearly 1 in 4 Americans was laid off during the Great Recession—and in the subsequent economic recovery, many of these workers were hired back into jobs with lower pay, less job security, fewer benefits, and lower requirements for education and skills levels.

Today, despite a strong economy with the lowest unemployment rate in a decade, nearly 70 percent of Americans say they are not engaged at work. Perhaps it is unsurprising, then, that the U.S. election this year was such a loud cry for change from Americans who feel that the current economic system is not working for them.

Yet, it does not have to be this way. Across every industry, there are examples of companies providing good jobs to all their workers—whether in Silicon Valley’s tech campuses or in hotels, supermarkets, and factory shop floors across the country—while thriving in a competitive marketplace. In fact, companies that provide good jobs with high employee satisfaction as a group significantly outperform the stock market.

Good jobs can become more widespread in the American economy, but it will take a firm commitment from the American business community to make that happen. Companies will have to elevate good jobs on their sustainability agendas alongside other critical challenges like climate change and sustainable supply chains. It will also require business leaders to learn about different business models and ways of managing the workforce. And it will require action to realign companies’ management practices and cultures with their core values, as well as to make the financial investments necessary to transform their workplaces to world-class standards.

At BSR, we have made a commitment to do our part to help make this happen. With the generous support of the Novo Foundation, over the next two years, we will begin mobilizing our members to create good jobs for their workforces in the United States, as well as in other advanced economies around the world. In the first few months of 2017, we will publish a series of issue briefs that highlight bold business action for five major challenges in the fight for good jobs: income inequality, preparing the workforce for automation, living wages, providing good working conditions for contingent and digital-platform workers, and broadening company efforts in diversity and inclusion. We will also be reaching out across our network to develop opportunities for collaboration on and shared learning about programs that improve both the lives of workers and business competitiveness.

Through commitment, learning, and action, perhaps good jobs will become the norm, rather than the exception, in the American economy.

This blog originally appeared on BSR. Download “Good Jobs and the Changing Nature of Work.” 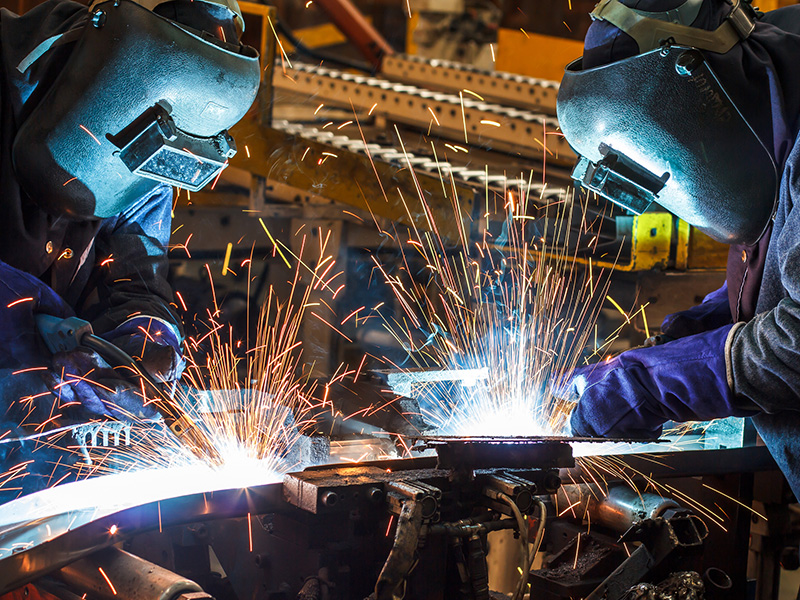