When Rob Threlkeld was in second grade, he learned that acid rain affected the production of maple syrup.

As a kid without a fully developed worldview, this stuck with Rob because he loved pancakes.

Years later, he’s one of the few within General Motors who knew exactly what he wanted to do from a young age.

“That discussion about the impact on something simple like a breakfast topping really impacted me as a young kid,” said Rob. “It blossomed into something more when Mrs. O’Neal taught us about global warming in the 5thgrade.”

“At GM we’re constantly looking for ways to improve the efficiency of our facilities,” Rob added. “Another business goal I’d like to see us achieve is to add another 20 megawatts of solar power to our global facilities over the next several years.”

Because Rob started pursuing his passions at a young age, he elected to take classes with an environmental focus as early as high school, continuing in college at Purdue University.

“I entered college already knowing what degree I wanted,” said Rob. “And I took those interests outside of the classroom with a co-op working in environmental health and safety.”

After the co-op, Rob pursued a career at General Motors because he realized a corporation of our size would give him the breadth and depth needed to make a fundamental change to improve environmental sustainability. Now he is able to celebrate successes in the company’s sustainable practices with his colleagues.

“Seeing how excited employees are about renewable energy when I visit the plant and the enthusiasm when they see a successful project completed at one of their facilities is my favorite part of the job,” Rob said.

Like the rest of his team, Rob is a firm believer that sustainability means preserving the environment for future generations.

“Change that betters the environment can really happen, and it starts at home,” he said.

Rob’s family looks for ways to save electricity by using energy efficient light bulbs and turning off those lights when they’re not in use. They’ve started an organic garden, and recycle what they can. In addition to these at-home techniques, Rob is a coach for his son’s Science Olympiad team, and his son even won the school’s Earth Day art contest on ‘what does Earth Day mean to you.’

“My son is kind of like me in the sense that he’s already exploring ways to be more sustainable,” said Rob. “Both of my kids are well educated to turn off lights and reduce use in other ways.”

Recently, Rob was recognized for his implementation of smartgrid solar technology at our plant in Baltimore, Maryland. Rob and other team members received the highest achievement in the solar industry for a photovoltaic solar energy initiative.

Rob also had a hand in GM committing to the Renewable Energy Buyers’ Principles which demonstrate the company’s interest in expanding its own options for renewable energy in the hopes that a better market will be created for buyers both big and small. Rob is confident that in the future we will see fewer coal plants and a huge growth in the use of renewable energy.

“People are becoming ever more educated on the impact humans have on the planet from waste generation to the types of cars they drive,” Rob said. “This education will drive a fundamental change in how they view the environment.” 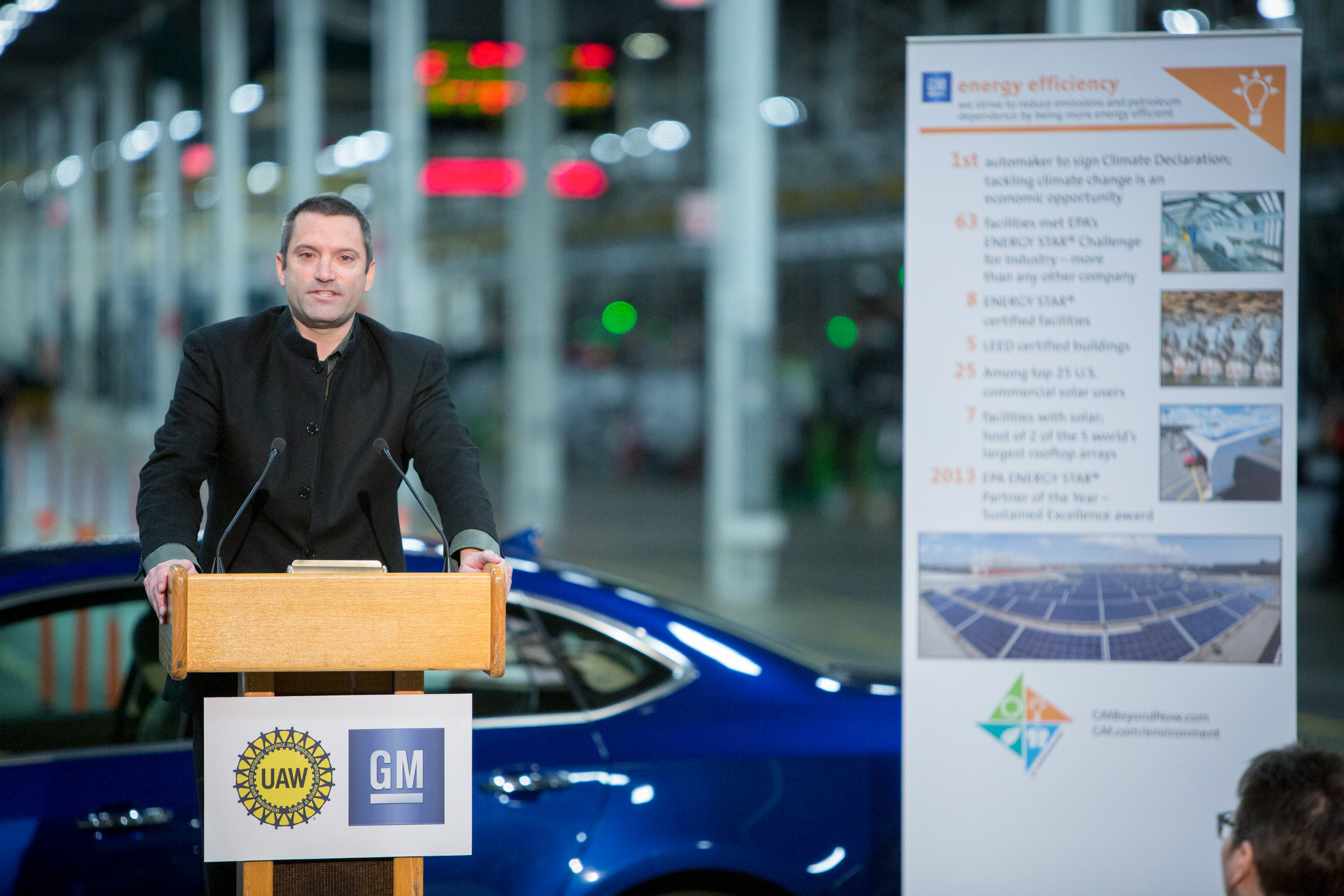