Hurricane Matthew crossed the Western portion of Haiti on October 4 and portions of Eastern Cuba that afternoon. It was the first category 4 storm to make landfall in Haiti since 1964. According to the Haitian government, the death count associated with the storm is more than 1,000. The hurricane destroyed homes, displaced thousands of people, ruined plantations, and drowned livestock.

Matthew grazed the Florida coast early October 7 and continued its slow, destructive march north during the next several days. Hurricane Matthew and its subsequent flooding and storm surges has been responsible for 46 deaths across Florida, Georgia, and South and North Carolina. Millions were left without power for days and roads throughout the southeast were closed or compromised. In North Carolina, flooding wreaked havoc far inland, with numerous dam breeches that left nearly a million people without water for over a week. Many roads remain closed throughout the southeast, rivers remain near flood levels, and in North Carolina, several thousand people remain without potable water in their homes.

Your urgent help is needed to help not just today, but for days, weeks, months and even years to come. Please donate to America's Charities Disaster Recovery Fund - Hurricane Matthew. Funds raised will be used for mid- to long-term recovery efforts in areas affected by Hurricane Matthew, with the goal of supporting the most vulnerable populations, and filling the gaps in government and international aid. By pooling our resources and acting collectively, we can have a far greater impact on long-term recovery. Your donation helps make a difference today, tomorrow...and beyond. To learn more about this fund and America's Charities' partnership with the Center for Disaster Philanthropy, click here.

4 Ways You Can Help: 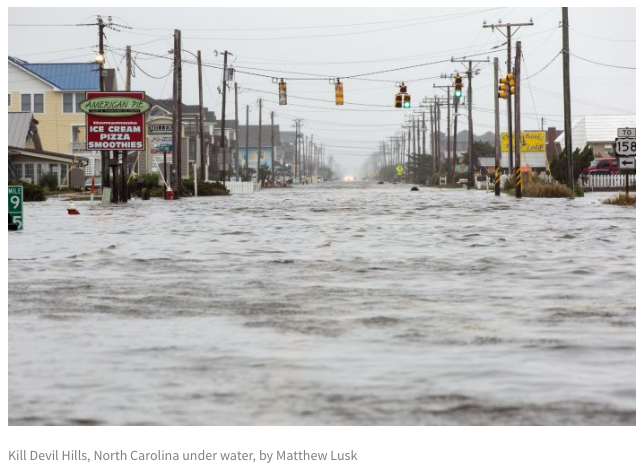