With 16 solar installations in the United States, General Motors takes the top spot among automakers for solar energy use in the nation. Its latest array can be found at the company’s Rochester Operations plant in New York – a 466-kilowatt array expected to power 3 percent of the facility’s electricity. That’s enough energy to power nearly 57 single family homes in New York or charge 1,000 electric vehicles for a year.

“We are bullish on renewable energy because it helps us reduce our energy costs while helping to lower our impacts on climate change,” said GM Global Renewable Energy Manager Rob Threlkeld. “We save about $5 million per year from using renewables.”

Collaboration and state incentives played key roles in enabling GM to add this array to its growing renewable energy portfolio.

The state of New York extended its Renewable Portfolio Standard, aiming to source half of its electricity from carbon-free renewable energy by 2030. Because of this, it offers several incentives enticing companies to promote solar use.

One driver of GM’s decision was the ability to leverage a net metering policy enabling the company to build the solar array in a convenient place – a vacant parking lot at the plant – connected to the energy grid.

GM partnered with Meridian Solar and New York-based Sustainable Energy Developments, Inc. to install the array in less than six months – quick timing given the size.

GM Rochester Plant Manager Neal Evans said the array has been an exciting project and complements other environmental initiatives at the facility.

“Our employees send none of our daily waste to landfill and have created a thriving wildlife habitat for birds and butterflies,” said Evans. “Now we can add renewable energy to the mix. These continued improvements are a pride point for the team…and they accomplish them all while building millions of components for the finest Chevrolet, GMC and Cadillac vehicles that GM produces.”

Today nearly a tenth of GM’s energy use in North America comes from a renewable source.

“At GM, our commitment to the environment applies to every part of our business – from improving the efficiency of the vehicles we put on the road, to the way the components that go into them are manufactured,” said Threlkeld. “Using renewable energy is one way we can reduce our environmental footprint.” 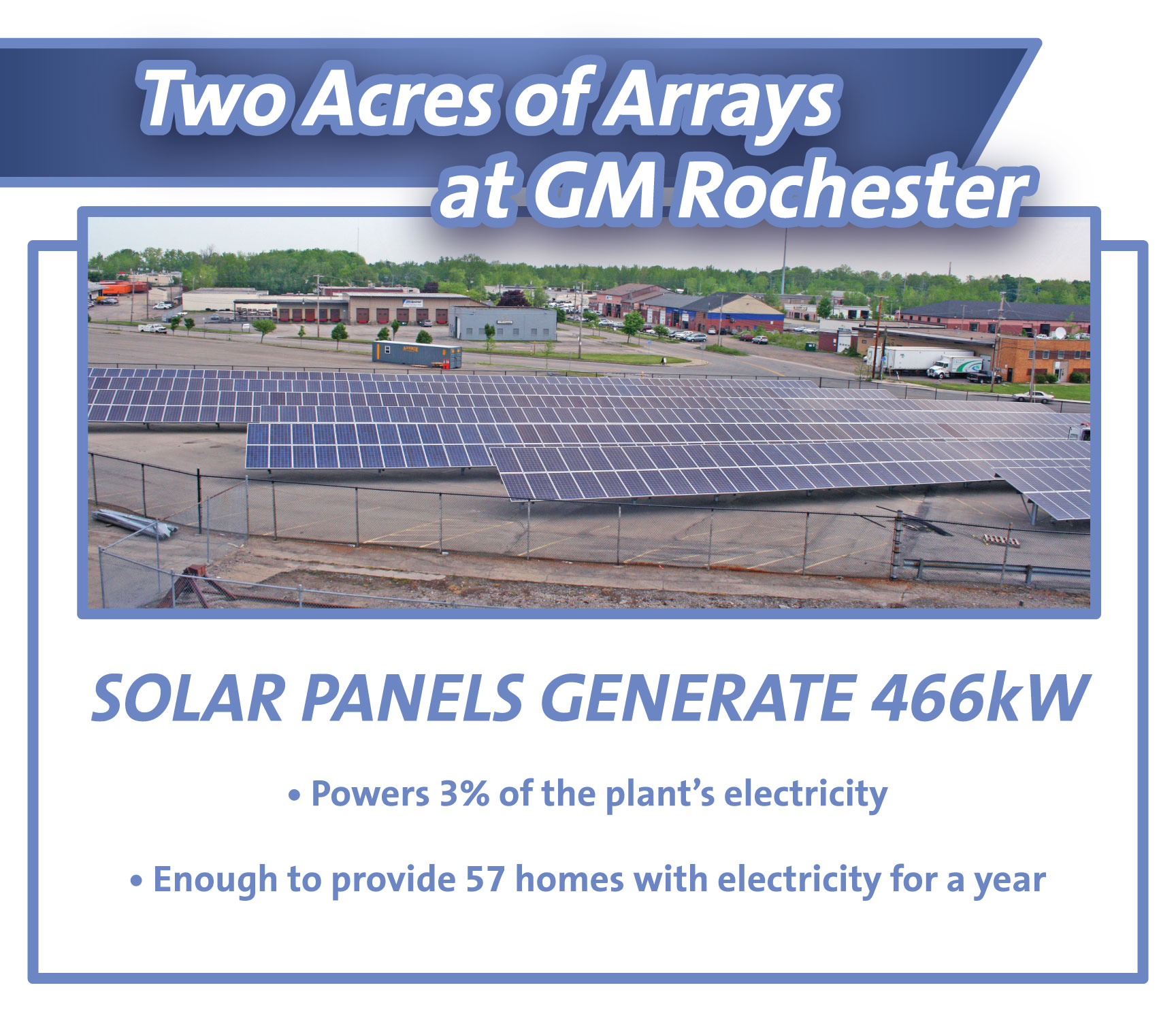