In this final installment of our four part series on diversity and inclusion in our workplace, we look at how large scale operations and projects have the potential to significantly boost the profile of women in mining and inspire increased inclusivity and innovation.

Goldcorp's Porcupine operation located in Timmins, Ontario, is one of North America's longest continually operating gold mines. In 2016, Porcupine marked its 106th year of continuous mine and mill operations, producing more than 67 million ounces of gold. That same year, Goldcorp announced the identification of a gold mineral resource of 5.4 million ounces at the Dome Century Project, part of the prolific Porcupine complex.

The Century Project is a potential large-scale open pit mine and related processing facility at the Dome mine. When it was announced, Mayor Steven Black said the prospect of such a large-scale operation ramping up at the Dome is "a game changer for the City of Timmins." He meant this in terms of economic benefit, but the project is a game changer in other ways as well - it has the potential to significantly boost the profile of women in mining and serve as a model for increased diversity.

The team working on evaluating the development of the expanded open pit mine and related processing facility is not just a group that brings together people with a broad variety of professional expertise - it is evenly split between men and women. The gender balance is unusual in an industry where women are still in the minority. Yet, for the Manager of the Century Project, Sophie Bergeron, inclusivity is the key to building teams and organizations that are capable of innovating.

"Our team at Century has been built very deliberately. Women bring a different approach to mining. A male and a female engineer might have completely different perspectives on the same problem - and that is a good thing," says Bergeron. "A group of people with diverse individual expertise and ways of thinking is better than a homogeneous group at solving complex, non-routine problems that are part and parcel of developing a mine."

To grow and progress as an industry, mining needs more women who can raise awareness and lead by example. Ultimately, having women in leadership positions - like Sophie Bergeron - is the most powerful signal for both men and women.

"What our team is working on is one of the bigger projects at Goldcorp," explains Bergeron. "By showing what we can achieve, I hope we will inspire other companies to focus on building inclusive teams, and encourage more women to join the industry." 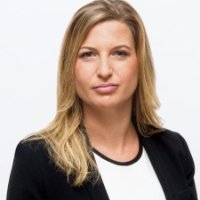