It’s easy to think the battle for LGBT rights is almost over in this country.

Public opinion has changed rapidly over the past decade, and the U.S. Supreme Court is widely expected to make same-sex marriage legal in all 50 states when it rules this June. But it’s premature to declare LGBT rights a settled issue. Much like the civil rights movement after the passage of major legislation, many issues in the struggle for equality remain unsettled.

In fact, businesses may find the latest battlefront on their doorstep.

Lecia Brooks is the Southern Poverty Law Center’s (SPLC) director of outreach. She leads the SPLC’s outreach efforts on key initiatives and social justice issues. The SPLC’s LGBT rights project is dedicated to defending the rights of the LGBT community in the Southeast, where relatively few organizations advocate for this community. It has been actively involved in the struggle for LGBT rights in Alabama, a state that has resisted a federal court ruling overturning its same-sex marriage ban. The SPLC can be followed on Facebook and @splcenter. 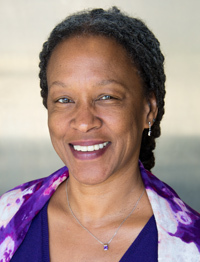