Nov 13, 2014 11:45 AM ET
Tweet This:
Reflections from the Union World Conference on Lung Health and the rising tide against #TB. http://3bl.me/gf3hzd
Blog
Renewed Awakening to the Global TB Crisis

Having recently returned from the annual Union World Conference on Lung Health, I am struck by the signs of increased solidarity and urgency in the fight against tuberculosis (TB). As a physician, I can’t help but see parallels between the disease we are fighting and the promise of increased momentum in national and international efforts.

You might not realize it, but about a third of world’s population carries the bacterium that causes tuberculosis. It can lie dormant for years until awakened by an external trigger – a weakened immune system or diabetes – to become an active TB infection. Like TB’s shift into an active phase, my hope is that we’re witnessing a wider public awakening to the problem and a way forward to generate momentum against this disease. At the UNION conference, the health ministers of South Africa and India were engaged and offered inspirational and practical insights alongside public, private and non-profit representatives from around the world. A group of parliamentarians spoke eloquently and passionately about their commitment to join the fight. Representing industry, I was invited to speak at a Médecins Sans Frontières symposium addressing the gaps in R&D for TB medicines – something I wouldn’t have imagined possible just a year ago.

Read on for more about Lilly's involvement in the Union World Conference on Lung Health and the fight against TB. 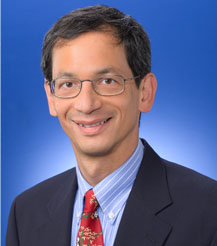 More from Eli Lilly and Company