Volunteers team up with Rebuilding Together in Houston to make repairs and transform 1935 home into community welcome center.

Over the past seven years, Lowe’s has partnered with Rebuilding Together to host Kickoff to Rebuild and provide critical repairs for homeowners in need and their communities. Lowe’s Heroes were among hundreds of volunteers who met up recently in Independence Heights to help restore and revitalize this historic neighborhood in north Houston.

Independence Heights is known as the first self-governing African-American city incorporated in the state of Texas, and residents are passionate about preserving its culture and history. In 1915, Independence Heights had more than 600 residents and its first mayor, G.O. Burgess, helped establish several churches, city hall and a school. With dozens of new black-owned businesses and homes, Independence Heights was a vibrant, welcoming community during this era. However, over the course of many decades, the neighborhood experienced a significant decline.

“Independence Heights is among 1,200 historic black towns and settlements,” explained Tanya Debose, executive director of Independence Heights Redevelopment Council. “This was a place for survival during the aftermath of the Civil War, where African-Americans were protected from Jim Crow laws and Black Codes. Here, they could own land and hold political office. We are now working to ensure preservation by stabilizing the existing environment of current homes. With the help of Lowe’s and Rebuilding Together, we’re making sure this neighborhood and these homes are close to their original state, which helps build community pride.”

During Kickoff to Rebuild, Lowe’s Heroes repaired several homes and helped transform what was once a single-family residential home, built in 1935, into a community welcome center. Visitors will now have the opportunity to learn about the neighborhood’s African-American heritage and all that makes it remarkable today. 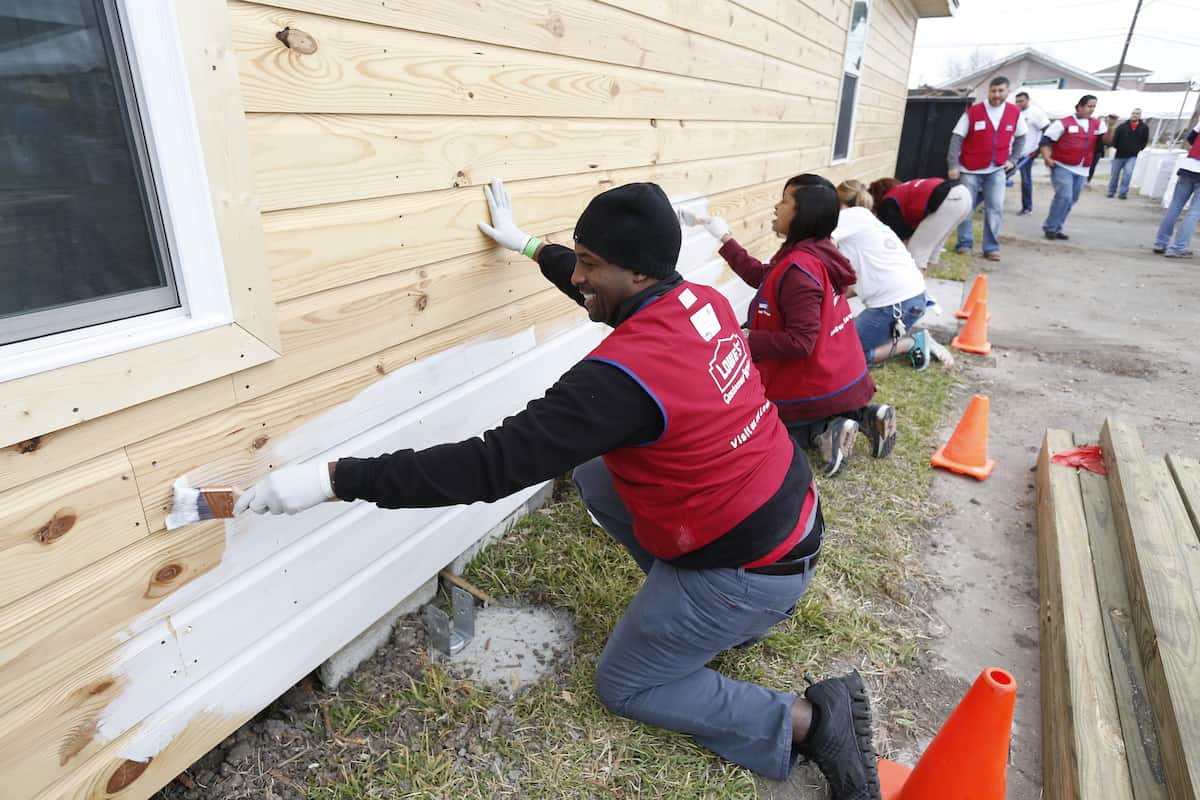 More from Rebuilding Together